When Elaine Smith became an FBI agent in 1979, she knew it would be a challenging job – especially for a woman.

Many of her male co-workers kept her at a distance, she said, avoiding her as a partner in the field and inappropriately prying into her personal affairs in the office. She thought she’d find support from the few other female agents in the office, but – to her surprise – they were even colder, at least initially, driven more by competition than congeniality.

But in February 1983, Elaine, a wife and mother still relatively new to the FBI, became the only agent capable of advancing a case that led to the unraveling of much of Chicago’s organized crime. After surviving three bullets to the head in a failed assassination attempt, Ken Eto, who ran a gambling operation for the mob, singled out Elaine to hear his story.

“Anyone that had been kind to him in his life had been a woman,” said Elaine, a Carmel resident since 2005. “Everybody says a woman can’t be an FBI agent, but this guy only trusted women. He remembered my name. He said, ‘I’m property of the FBI, and I’ll only speak to Elaine Smith.’ They were dumbfounded. I was dumbfounded.”

It was an amazing turn of events for someone who hadn’t even considered becoming an agent until it was almost too late to do so. 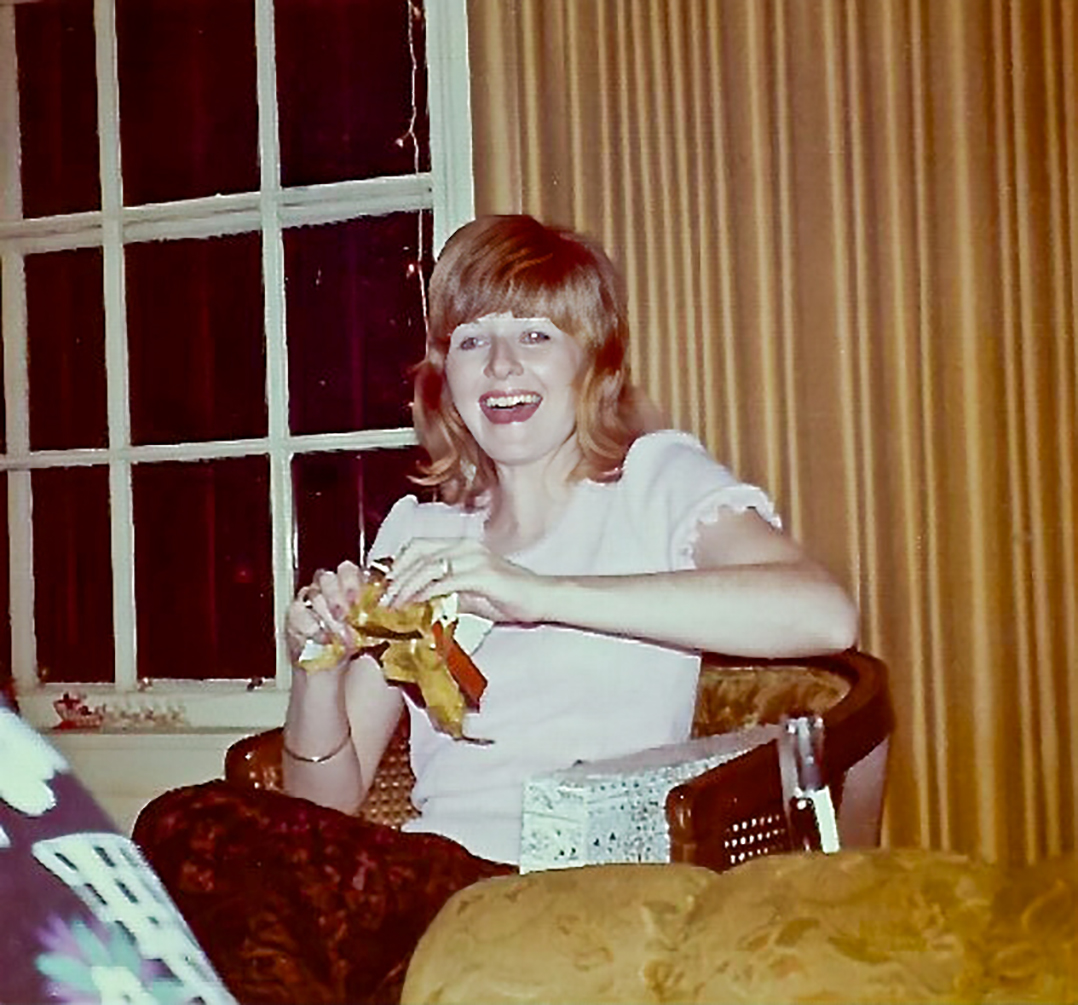 Elaine Smith in 1978, the year she applied to become an FBI agent. (Photo courtesy of Elaine Smith)

For many, securing a job as an FBI agent fulfills a lifelong dream. Not so for Elaine Smith.

After graduating from the University of Illinois, she spent 11 years working as an elementary school teacher, moving frequently as her husband – FBI agent Tom Smith – was reassigned. Tom first planted the thought of a career change in Elaine’s mind.

“She was a good teacher, and she had a lot of interpersonal skills,” Tom said. “The other reason is because she didn’t understand why I was late or why I had to work on the weekends. I thought, ‘Hey, maybe if she does this, she’ll understand,’ which actually turned out to be the case, because she worked more than me.”

Elaine became an agent at age 34, just before she would have aged out of eligibility. She quickly fell in love with the job, and it helped her and Tom – former high school sweethearts who will celebrate 57 years of marriage in March – deepen their bond, despite its challenges.

“When he went (to investigate) bank robberies and kidnappings, it always happened on Friday nights,” Elaine said. “They’d always scrounge around for agents, and I was one of the scrounged. I would always go with him. I wanted to be with him on Friday nights, so we would go out to a bank robbery and then go and have dinner.”

As a new agent, Elaine said she was bypassed for the most interesting cases. She eventually managed to join a squad specializing in organized crime and was assigned to investigate an “old dog,” a stalled case that had been passed from agent to agent. That’s how she first learned of Eto and his gambling ring.

Elaine became laser-focused on the case, and in September 1980 her efforts paid off when the FBI successfully raided Eto’s operation. Soon, she found an opportunity to ask him to become an informant and was quickly rebuffed.

Less than 18 months later, however, everything changed.

A ringing phone awakened Elaine from a deep sleep during a February 1983 ski trip with her family. She was stunned to learn that Eto had been shot in the head three times – and survived. But she was even more shocked to learn that he had said she was the only investigator with whom he would share what he knew about the mob.

Thus began the next phase of their relationship, one which included Eto providing details of the inner workings of the Chicago organized crime scene. His information led to several arrests and convictions, including as recently as 2015, 11 years after his death at age 84.

Eto’s would-be assassins weren’t so fortunate. Their bodies were found in the trunk of a car in Naperville, Ill., five months after their botched hit. They had been strangled to death.

Eto, who was interned at the Minidoka War Relocation Center during World War II because of his Japanese heritage, entered the U.S. Federal Witness Protection Program after his trial, hidden from those with mob ties but frequently in touch with Elaine and her family. She described their relationship as being like a father and daughter.

Tom Smith said his wife describes Eto as the “Rosetta Stone” of understanding the Chicago mob.

“He was a very, very smart guy,” Tom Smith said. “He didn’t have a formal education, but he had a photographic memory. He knew everything about the mob.” 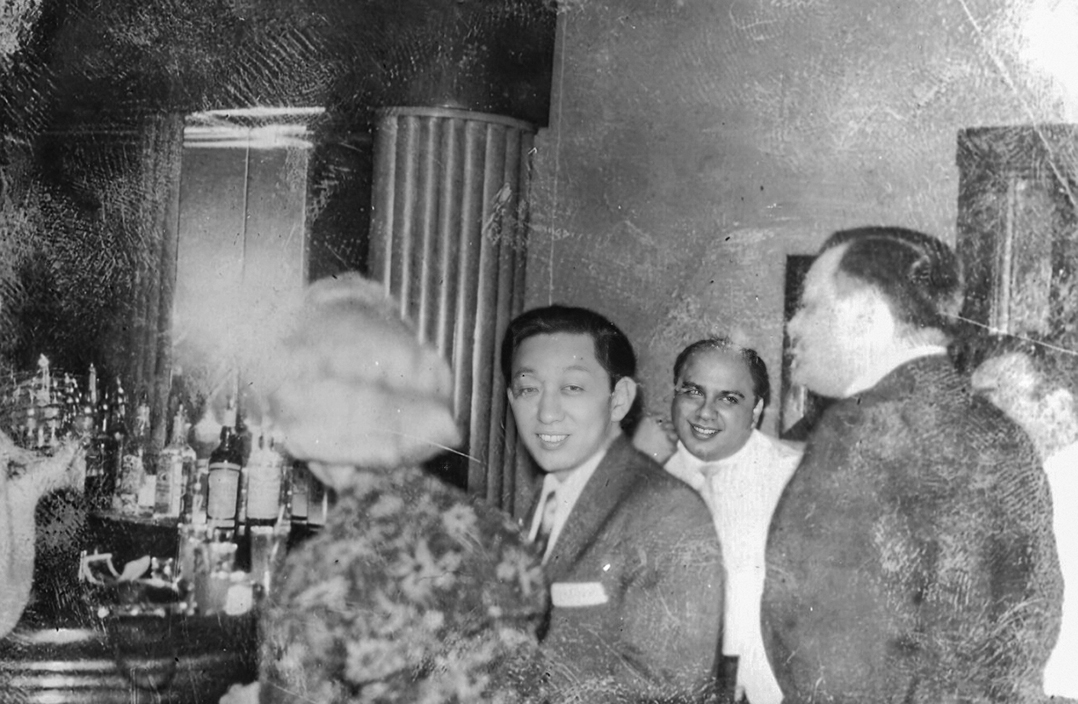 Ken Eto, center, in the 1950s during his time as a mob associate. (Photo courtesy of Elaine Smith)

Over the next 20 years, Elaine continued her work as an agent, becoming an expert in money laundering. In September 2001, she began investigating the financial backgrounds of the terrorists involved in the World Trade Center and Pentagon attacks.

Elaine retired from the FBI in 2002, and she and Tom moved to Carmel a few years later to be near their daughter, Kim. From her new home, she worked to help financial institutions prevent and detect money laundering, as well as consult in financial fraud cases.

Not long after Eto’s death, a Japanese doctor asked Elaine to write a book about her career and friendship with the mobster turned informant.

Reluctantly, Elaine – who never intended to become an author – agreed. “A Gun in My Gucci” was initially printed in Japan, and in 2011 she reworked it to refocus the story on her perspective throughout the ordeal and published it in the U.S.

Her book caught the attention of film producer Donna Gigliotti, whose many credits include “Hidden Figures,” “Silver Linings Playbook” and an Oscar for “Shakespeare in Love.” Gigliotti has optioned the rights to Elaine’s book and is developing a screenplay based on it.

“Elaine’s story is amazing. I was struck by what a pioneer she was within the FBI ranks in the 1980s,” Gigliotti said. “Add to that, her unlikely alliance with Joe Eto – that these two outsiders managed to bring down some of Chicago’s biggest mobsters – it’s a movie, for sure.”

Elaine, 77, acknowledged her career makes a “great story,” but she believes it’s more a result of “circumstances falling together” than anything else.

Tom, 78, describes his wife as a “reluctant heroine” but said her story has inspired women of all ages.

“They see this as somebody who does something extraordinary,” he said.

Learn more about Elaine and the book at AGunInMyGucci.com.