Singer/Songwriter Anthony Nunziata has become a regular visitor to Carmel.

Nunziata will make his fourth engagement in 16 months at 7:30 p.m. Feb. 11 at Feinstein’s cabaret at Hotel Carmichael. 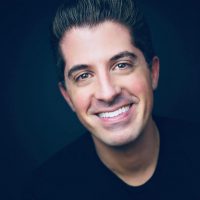 “The community of Carmel has embraced me and my music with such open arms and hearts,” said Nunziata, who is based in Nashville, Tenn. “It has quickly become one of my favorite cities to play in and I look forward to coming back frequently.”

Nunziata will be joined by special guest Amelia Wray, a 17-year-old singer and actress.

“Amelia is a huge talent and I’m excited for her to share her talents with her hometown audiences of Carmel,” Nunziata said. “(We’ll perform) a classic song, an original and a surprise duet we will be debuting just for the Carmel audience.”

Nunziata’s friend and sometimes musical director Michael Orland works with Wray. Nunziata and Wray have talked over the phone but have not yet met in person.

“This is such a huge opportunity for me, and I am genuinely so excited,” Wray said. “Performing is my favorite thing in the world, and I cannot wait to do it with Anthony. It’s not only going to be an amazing experience for all, but it’s going to be full of music and good food.” 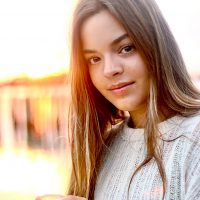 Wray will play her new single, “Disappear,” a classic song by Elton John, and a duet with Nunziata. Wray, who played a recurring character on Disney Channel’s “Sydney to the Max,” released “Disappear” on streaming platforms in November 2022. She wrote the song with Orland and Bill Grainer.

“It’s an empowering song I wrote from a personal experience of mine that discusses heartbreak and healing from it,” Wray said. “It’s such a special song and I hope everyone who hears it loves it.”