Carmel entrepreneur Ven Tadikonda is hoping to bring a fresh perspective to the Carmel City Council.

Tadikonda, who works in IT, said he’s considered running for city council for a couple of years but only recently made the decision to launch a 2023 campaign. 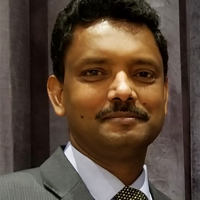 “My life is a great example of the American dream. I want to protect and promote our way of life so each individual, including other first-generation Americans, can continue to experience the American dream,” he said. “This commitment to the next generation led my family and I to start a scholarship fund right here in Carmel. Now, I want to take that same commitment and focus it on ideas and problem solving beyond education.”

Tadikonda said his campaign will focus on long-term investment strategies and public safety.

“I want to focus on building the type of community where people will want to come and raise a family or build a business for years to come,” he said. “As an entrepreneur, I believe that means creating the conditions for a safe, clean and inviting community and letting individuals and the private sector do the rest.”

Tadikonda has not held public office. He ran for the Carmel Clay Schools board of trustees in 2018 and was defeated by incumbent Pam Knowles.

Tadikonda and his wife, Padmaja, have lived in Carmel for 20 years and have four children. He has served in several leadership positions with the Indian Association of Indianapolis and has volunteered or supported the Carmel Education Foundation, Nationalities Council, International Market Place Events, Carmel Dads’ Club and more.

To be continued… : City council approves, repeals bonds for parks and streets projects