You are at:Home»Current in Geist»Geist Cover Stories»To be continued… : City council approves, repeals bonds for parks and streets projects

City of Lawrence residents will now have to wait to see improvements made to various public parks and city streets after the Lawrence Common Council repealed previously approved several million dollars in general obligation bonds.

The common council approved $3.6 million in general obligation bonds during a Nov. 16 meeting last year. On Dec. 5, the council met again and voted to repeal the approval of the bonds on the grounds that the city’s 2022 budget was reverted to the approved 2021 budget from the state, which resulted in a reduced spending budget, according to Lawrence Mayor Steve Collier.

“We adopted a budget that had to revert back to the 2021 budget,” Collier said. “Our spending was reduced by a couple million dollars. It wasn’t anything (the city) couldn’t handle, but there were projects we wanted to get done that weren’t going to get done.”

The initial reason that Collier looked for Lawrence to receive a bond was to fulfill one of the city’s long-term goals: A municipal center to unite and house both city and school operations.

“We wanted a place to house the school administration and (for) our government to have one joined building that could have any public meeting in the same building,” Collier said. “That’s a rather large goal, and the project total likely would be close to $20 million – a monetary contribution of both the city and schools.”

Fenwick found a way by increasing the city’s bonding ability.

The city’s net assessed value, or NAV, increased by 18 percent in 2022 – a 13 percent gap above the baseline NAV of each Indiana city. Fenwick suggested leveraging the city’s NAV by asking for a smaller bond in order to keep the city’s tax rate stagnant but increasing the amount of future bonds for the municipal building project.

Baker Tilly advised the Lawrence Common Council on its budget and also recommended that the city take out a bond for smaller capital projects throughout the city to keep taxes level. By avoiding a change in property tax, the city would then increase its likelihood of being approved for a larger bond to cover the expected cost of the municipal building project.

“Our goal (with the bond) was to get done what we didn’t in 2021,” Collier said. “We wanted to invest that money in our parks to get parking lot paving done, get sidewalk ramps in the parks for ADA compliance, a garage to shelter city vehicles and build eight additional pickleball courts at Lee Road Park to host professional tournaments.”

Freeman was the only member to respond to Collier’s letter and elected herself to sponsor the bond within the common council.

On Sept. 14, after moving to add the bond approval vote to the agenda for the Sept. 21 common council meeting, Collier received an email from the city’s bond attorney, Adam Steuerwald, an associate of Barnes & Thornburg, that the Lawrence common council’s attorney, Kristina Wheeler, a partner in the utilities group of the law firm of Bose, McKinney and Evans, stated that council president Chavis was unaware of the bond proposal.

That was the first indication of contention between the council and mayor’s office, Collier said.

On Nov. 16, the final day for the bond to be approved and claimed before the end of 2022, the council approved the bond by an 8-1 vote.

Following the approval was a four-to-six-week period before the bond was able to be placed. During that period, council member Denney and council attorney Wheeler discovered that the council had “overspent” its budget for Wheeler’s services, according to Collier.

“(The council) discovered they had overspent their budget for Wheeler’s attorney fees,” Collier said. “In order to be able to pay her, there has to be an appropriation (to move funds from one council spending account to another). The council had $350,000 in their capital improvement fund that had been untouched for four years. (CIty Controller) Tyler Douthit reminded the council that they had the money but that they needed to file for an appropriation for the money to be moved into a different fund to pay council debts.”

The council responded by requesting to move $250,000 out of the fund to pay for an audit of the city’s spending.

“We have been audited every year since I’ve taken office,” Collier said. “We publish each year’s budget online in March or April, and we’ve won awards for our budget presentations. I’m not sure how much more clear we could be about our spending. Because the 2022 budget was reverted back to 2021’s budget, the council decided we were hiding something, even though the reverted budget had nothing to do with the approved bond.”

Councilman Denney cited the city’s reverted budget as the council’s decision to repeal their approval for the bond.

“The complete disregard of a simple, yet important, act to submit the approved 2022 Budget to the Indiana Department of Local Government and Finance in a timely manner is either a gross mismanagement of his administration; an attempt by the mayor to mislead the members of the common council to double dip on projects in a bond request; or for some nefarious political agenda,” Denney stated in a press release on Dec. 6. “I call for the immediate resignation of the city controller and for the mayor’s office to use funds from its budget to pay for the forthcoming audit.”

Collier’s disappointment in the council’s decision to repeal its approval revolved around the city’s inability to update its public parks.

“The saddest thing is that we were trying to get an ADA-compliant pass for every person to be able to use our parks,” Collier said. “Now, without that bond, Lawrence residents won’t see those park improvements. We don’t have the funding for that, but it doesn’t mean we won’t keep trying now.” 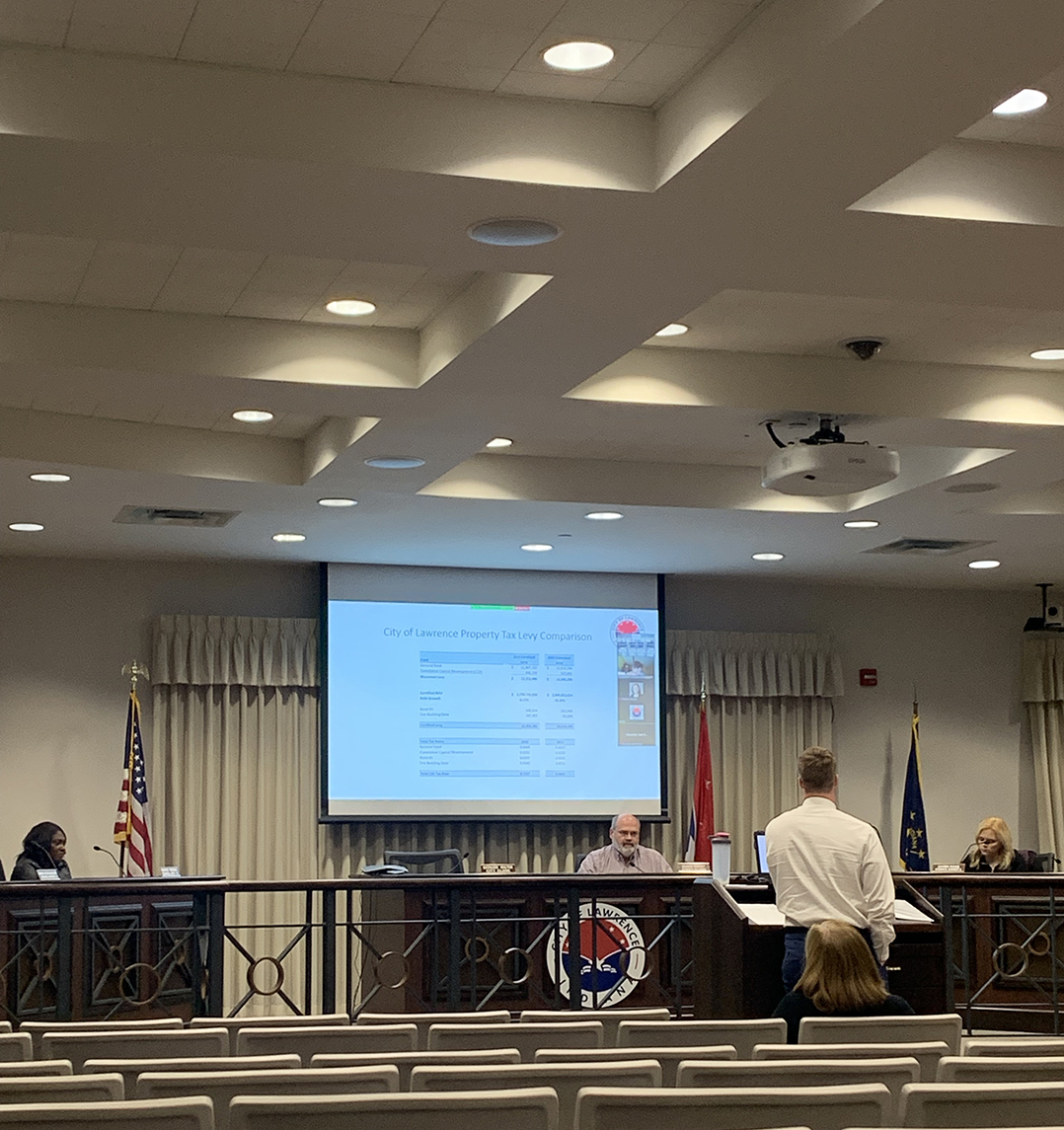 With the repeal in place, Lawrence was unable to secure the $3.6 million bonds for the following projects: