You are at:Home»Current in Westfield»Westfield Community»Man charged with attempted murder set for jury trial

An Indianapolis man facing a charge of attempted murder for allegedly assaulting a Westfield city employee last summer is set to have his jury trial begin this month. 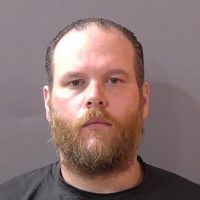 Authorities said two victims flagged down police and said a man had assaulted them. One of the victims, who said he worked for the City of Westfield Street Dept., told police that he and his co-worker had parked their vehicle on Grassy Branch Road near the intersection of 196th Street and Grassy Branch to trim grass.

According to a probable cause statement filed in the case, the victim said he noticed a black, older model pickup truck driving eastbound on 196th Street traveling at a high rate of speed and put his hand out to signal the driver to slow down. The driver of the vehicle allegedly told the victim to “get the (expletive) out of my way” and retrieved a handgun, chased one of the victims and struck him in the head with the weapon that caused him to fall to the ground, according to the probable cause statement.

While on the ground, it is alleged that Weir struck him again with the firearm and that a struggle occurred between the two men. Weir allegedly got up, pointed the handgun at the victim’s chest and pulled the trigger, according to the probable cause statement.

The victim told police that after Weir pulled to the side of the road on 196th Street, he began arguing with one of the victims, the probable cause statement said. As the two men were arguing, Weir swung at one of them, but was blocked by a Weed Eater that one of the victims was holding.

After hitting one of the victims two times on the top of his head, Weir allegedly got back into his truck, yelled an expletive and racial slur, then drove eastbound on 196th Street, according to the probable cause statement. Weir was eventually taken into custody by Westfield Police Dept. officers, who said they found a black semi-automatic handgun stuck in his waistband.

Online court records show that bond was posted for Weir Oct. 5. A final pretrial hearing in the case is scheduled for 2:30 p.m. Jan. 17, with a jury trial set to begin at 9 a.m. Jan. 25 before Hamilton County Circuit Court Judge Paul A. Felix.