You are at:Home»Current in Carmel»Carmel Community»Estridge remembered for business, philanthropic impact in Hamilton County and beyond

A Westfield resident, Estridge was an owner of Carmel-based Estridge Homes, part of a family of companies launched by his father in 1967. The companies worked to develop more than 35 neighborhoods and 9,000 homes in the Indianapolis area. 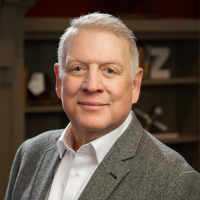 Estridge was named Builder of the Year by the Builders’ Association of Greater Indianapolis, Entrepreneur of the Year by INC. Magazine, Citizen of the Year by the City of Westfield and is a member of the Carmel High School Hall of Fame. Last year, he received the Lifetime Achievement Award from OneZone, the chamber of commerce for Carmel and Fishers.

“Paul was such an incredible part of the story of our county, not only his work with Estridge Homes but his philanthropic work to support so many initiatives and projects across the county,” OneZone President and CEO Jack Russell stated. “Paul was an incredible mentor to me, like many others. His ability to listen to people and help guide them toward their passions was unbelievable. I always remember in our conversations together something that sums up his journey: We do not build houses, we build communities. That was truly Paul. A community builder.”

Carmel Mayor Jim Brainard said Estridge’s impact was felt in Carmel and beyond.

“I was saddened by the news of the death of Paul, who was well known and respected throughout the real estate profession in central Indiana,” he stated. “Paul was an innovator and risk taker who pursued his ideas with great passion. He will be missed.”

Estridge helped shape development in Westfield, too, according to Westfield Mayor Andy Cook.

“Paul Estridge Jr. was a true pillar of this community, whether in business, philanthropy or just being a friend,” Cook stated. “He taught us how to come through trying times and come back stronger. Many may not remember that Paul was instrumental in conceiving a sports facility that became Grand Park. He will be sorely missed in Westfield.”

Estridge was also known for his philanthropy. He founded the Estridge Family Foundation in 2007, and since then it has donated more than $6 million to local nonprofits.

Main Street Productions board member Tom Smith said Estridge was key in helping the organization move into a new building, which received funding from the foundation.

The Basile Westfield Playhouse board of directors issued a statement on Estridge’s support of the organization.

“He had been looking for a legacy project, and on that day we began our partnership and our partnership with the city that resulted in our opening our beautiful new facility in downtown Westfield in August 2020. Since then the theater has flourished, presenting successful shows and bringing the arts to Westfield. None of this would have happened without Paul Estridge, who funded the majority of the project from his family’s legacy foundation. We will always be in his debt,” the statement reads.

In 2019, Estridge was diagnosed with idiopathic pulmonary fibrosis, an incurable lung disease, and he received a lung transplant in early 2021. His weakening health contributed to his decision to step back from managing daily operations at Estridge Homes that same year. He remained an owner of the company and helped with strategic planning.

Estridge graduated from CHS in 1976 and the University of Evansville in 1980.