Mark Heirbrandt is ending 2022 on a positive note after being named Commissioner of the Year by the Indiana Association of County Commissioners.

The Westfield resident was recognized by the nonprofit organization during their annual conference, which was held Nov. 28-Dec. 1 at the Sheraton Indianapolis Hotel at Keystone Crossing. Heirbrandt was first elected to his county government seat in 2013 and re-elected to the office in 2016.

But his position as a Hamilton County Commissioner isn’t one he necessarily does for recognition, he said.

“I’m honored to continue serving the residents of Hamilton County, no matter what award I may receive. This job is critical to improving the quality of life for our community,” Heirbrandt said. “Making a difference in the lives of the people that I encounter every day is my top priority.”

Heirbrandt’s role brings him to various cities across Hamilton County for events ranging from fundraisers to community gatherings.

Recently, he attended a groundbreaking ceremony for the $113 million project known as Reimagine Pleasant Street in Noblesville. The first phase includes planned work by Hamilton County to construct a bridge over the White River that is expected to be open to traffic by the end of 2024.

Through Heirbrandt’s work, he said Hamilton County now has taxpayer savings of more than $25 million over 25 years in new energy-efficient initiatives and currently maintains 600 miles of roads and more than 300 bridges. He has also worked to expand adequate infrastructure projects, such as roads and bridges,as Hamilton County continues to grow.

But Heirbrandt doesn’t take all the credit as he works alongside fellow Hamilton County Commissioners Christine Altman and Steve Dillinger to ensure that the county is at the forefront of positive change. Communication is also an important part of the job, according to Heirbrandt.

“I’ve always communicated consistently and honestly with residents. When people come together with new ideas and new solutions, we have a greater impact,” Heirbrandt said. “In order for our community to succeed, we need to be proactive about providing the best resources while maintaining fiscal responsibility.”

After being named Commissioner of the Year for 2022, Heirbrandt will also enter 2023 with another title: president of the Indiana Association of County Commissioners. That distinction was given to Heirbrandt after being elected to the post during the IACC’s annual conference.

“(Mark) Heirbrandt will be a great spokesperson for our association and is very dedicated to improving local government,” Huntington County Commissioner Tom Wall said.

In Heirbrandt’s role as president, he will represent the elected county commissioners in the 92 counties of Indiana while serving as president of the IACC’s board of directors, who determine policies and legislative goals for the association, which is based in Nashville, Indiana.

“I’m humbled that my colleagues have selected me to serve in this new capacity. It’s truly an honor,” Heirbrandt said. “This new position allows me to reach every corner of our great state and I’m hopeful to use the resources at hand to continue to push county government forward not only for the residents of Hamilton County, but for all members of the Hoosier community.” 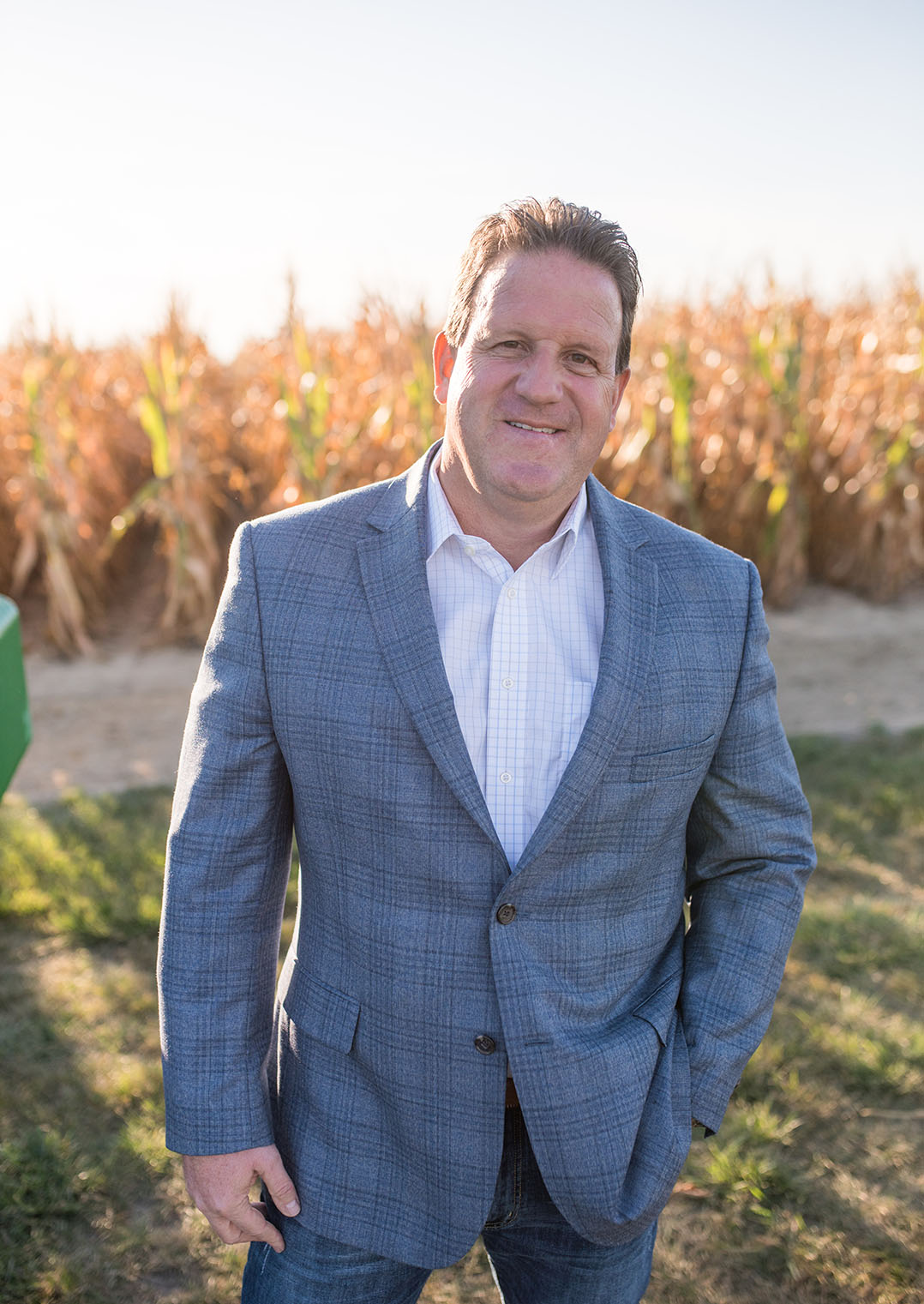 Starting in 2023, Mark Heirbrandt will serve as president of the Indiana Association of County Commissioners, a nonprofit organization based in Nashville, Ind. In his role, he will represent the elected county commissioners in all of Indiana’s 92 counties. (Photo provided by Coverdale Consulting)

Get to know Mark Heirbrandt

Family: Married to wife, Gina, and together, they have three sons, Blake, Ethan and Evan

Residency: Has lived in Hamilton County for more than 30 years living in Noblesville, Carmel and now Westfield