You are at:Home»Current in Zionsville»Zionsville Cover Stories»‘It takes a village’: Local business owner reflects on her time on Main Street

Since opening her clothing store in the Zionsville village in 2009, Lesley Jane Hunt has been heavily involved in the local business community, particularly in helping solidify Christmas in the Village as a monthlong annual tradition.

With her impending retirement at year’s end, Hunt said she knows she will miss her time along the bricks of Main Street. 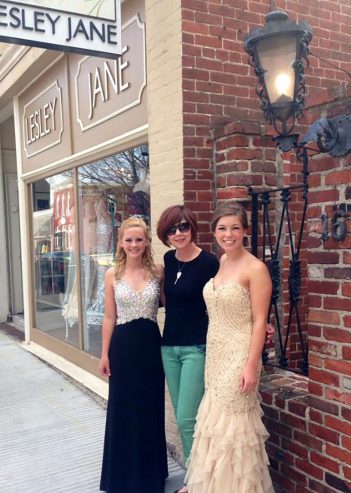 Lesley Jane Hunt pauses with high school students Clare Leonard Clark, left, and a friend after they purchased their prom dresses from her shop. (Photo courtesy of Lesley Jane Hunt)

“I went into it not thinking that I was ever going to make a million dollars out of this. I just wanted to make a comfortable living, that’s it,” Hunt said. “I also just love the interaction with people. I thrive on that because it’s been a part of my career forever.”

In 2002, Hunt purchased Captain Logan, a home goods and antiques shop that used to occupy the storefront. She ran the business until 2009, when she incorporated Lesley Jane. After a long career in marketing and advertising, Hunt said she decided it was time to get back into the fashion industry.

Erica Carpenter, owner of Fivethirty Home and president of the Zionsville Chamber of Commerce, said Hunt has been a mentor and an inspiration to her since her business opened in Zionsville in 2012. However, Carpenter said the impact Hunt has had in the community has gone far beyond her mentorship.

“When I was in (Lesley’s) store the other day, a woman came in and thanked Lesley for all the joy that she had brought for all these years,” Carpenter said. “I really think that’s true. I think that Lesley has done so much, not just for our merchants, but for the entire Zionsville community.”

Through her contributions to the Zionsville Chamber of Commerce and Zionsville Education Foundation Board, employing young people in the community and providing guidance to other business owners, Carpenter said Hunt has touched many lives. 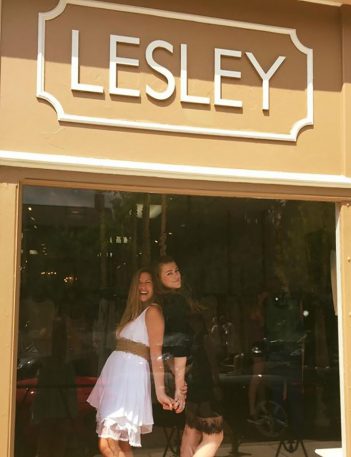 “It was a no-brainer for me to join the chamber,” Hunt said. “It takes a village and merchants to really bring about change, and we need to support each other, so that’s why I got involved.”

Hunt said at first, there weren’t enough financial resources to make Christmas in the Village a monthlong event. The Town of Zionsville and the Boone County Visitors Bureau provided the chamber funding to promote it, she said, and eventually Zionsville merchants provided the funding necessary to make all the events possible, including the parade, trolley rides, horse and carriage rides, carolers and other features.

Carpenter said the efforts the community made to turn Christmas in the Village into a monthlong celebration sowed the seeds for traditions that Zionsville enjoys to this day.

“This reimagination of Christmas in the Village 10 years ago helped to set it up as a way to honor the old traditions while also helping create the new traditions,” Carpenter said. “Here we are, 10 years in almost, and the same people are participating in it. It’s exactly what we envisioned at that time come to life, so it’s really fun to watch.”

Hunt said it has been exciting to see how supportive residents have been of area businesses and seeing the new faces that have come to Zionsville because of Christmas in the Village.

“I realize people are going to shop for the holidays, anyway, but it is so wonderful that we’ve created a fun experience all the way through the month and attracted people from other communities,” Hunt said.

Above all, Hunt said she is grateful to have had the opportunity to be welcomed into the community and to have built a strong camaraderie with fellow business owners and area residents. The hardest part about retiring, Hunt said, will be missing out on interactions with the Zionsville community.

“I really think the key to Zionsville’s success is its residents. If there was ever any doubt that residents would support the businesses here, COVID proved how supportive they could be,” Hunt said. “These people have given as much, if not more, to me than they say I’ve given to them.” 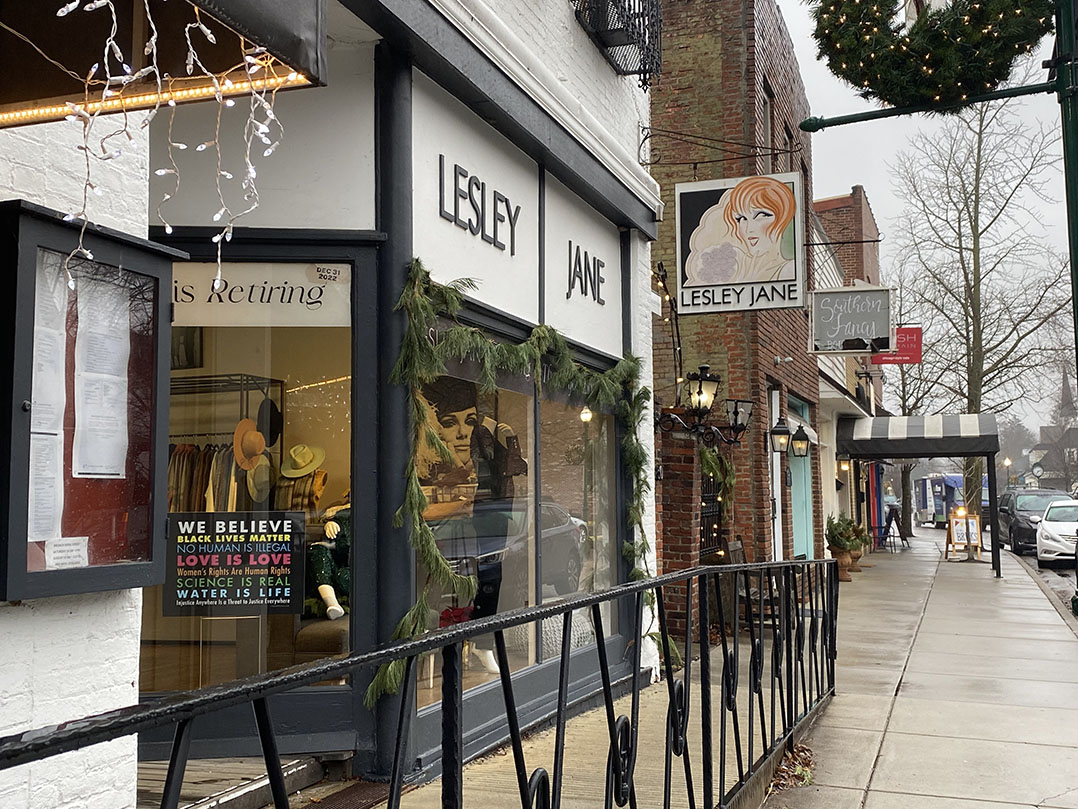