A lover of classic and alternative rock, Atticus plays drums, sings and has many of the attributes of a future rock ‘n’ roll front man – qualities he’s shown since he was a baby, according to his grandmother, Brigitte Gates.

Not far removed from the cradle, Atticus – whose family requested his last name not be published because of his age – is only 3. But his family is convinced that a musical career is on the Lawrence toddler’s horizon.

Appreciation for music, after all, runs in the family.

“We’re a very musically diverse family,” said Gates, the benefits coordinator for Lawrence Township Schools. “Atticus’ mom (Riann) listens to jazz, his dad listens to hip-hop, and his aunt is very into Queen. It’s kind of all over the map. Atticus loves to listen and dance to any type of music.” 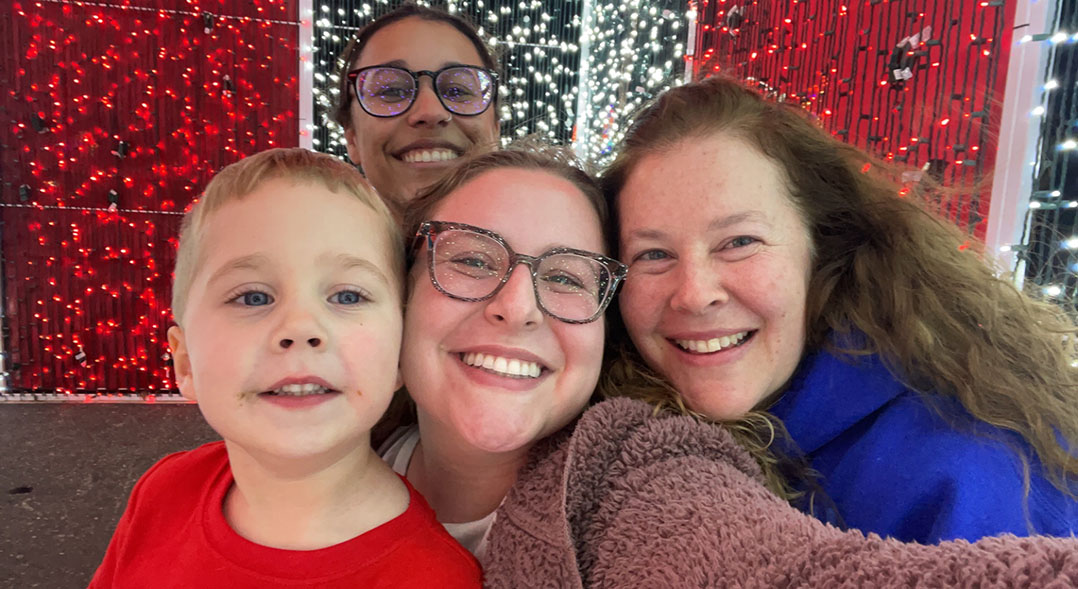 Music has been a large part of the family since Riann was a child.

“While our kids were growing up, my husband and I always had music playing,” Gates said. “I mean, we didn’t really watch TV. It was more music playing in the background. So, we did the same with Atticus since he’s the only grandchild. And he really took a liking to his mom’s jazz music. He could tell who the artist was based on what instrument was playing.”

Gates said musical talent does run in the family, as Atticus’ great-grandfather and uncle both played guitar. Other family members have played in regular group sessions with homemade maracas made of rice and bottles.

“Atticus loves to encourage the family to make music together,” Gates said. “He passes out the tambourine and homemade rice and bottle maracas for the family. He uses a curling rod as his microphone. It’s a regular family gathering.”

When he was almost 2 years old, Atticus began listening to his favorite alternative rock performer, Dave Grohl, of the Foo Fighters.

“He couldn’t pronounce his Fs, so Atticus would request the ‘Too Tighters,’” Gates said. “He really took a liking to them and would memorize the lyrics of songs after only listening to them two or three times.”

The little drummer went so far with his adoration of the Foo Fighters that during a visit with Santa, he said his name was Dave instead of Atticus.

“Atticus got up on Santa’s lap and told him his name was Dave, as in Dave Grohl,” Gates said. “He told Santa that he wanted a blue Gibson guitar and everything.”

Although he displayed advanced skills at an early age, Atticus has improved dramatically since being paired with his music teacher, Ed Gaus.

Gaus, owner of Bongo Boy Music School in Indianapolis, was recommended as a teacher and mentor for Atticus. At first, Gaus was hesitant to teach Atticus because the child was only 2 1/2 at the time, but Gaus changed his mind after watching videos of Atticus performing. Since then, the two have been a match made in musical heaven.

“Atticus can be slow to warm up to people,” Gates said. “But he was immediately taken with Ed. I think just because Ed lets Atticus’ talent come through. (Atticus) chooses three songs to play at their weekly appointment and Ed just lets him play.

“He’s helping teach him how to work in more beats and keep time with the music.”

Gaus mentors children in the foster care system. Often, he said, those children return as adults to catch up and share where his mentorship took them.

“It’s all about never losing that spirit,” Gaus said. “I tell him to always play and always have fun.”

Gates said Gaus constantly encourages Atticus, which is part of what makes the relationship between the two so special.

Atticus’ musical talent reaches beyond the practice studio. It pulls the family together, according to Gates.

“The music is a constant,” Gates said. “As Atticus grows, music has been a way that each family member stays engaged with him. It really pulls us together.”

Given Atticus’ talent and supportive family, Gates believes that “the sky is the limit.”

“As a grandparent, you see things in a different way than you did with your kids,” Gates said. “The sky is the limit, and I truly mean that. This child can do whatever he wants to do with his mindset and charisma. He’s a great kid to be around.

“I think that he may dabble in different instruments, but his true passion is being the frontman or singer, even while playing guitar and drums. He’ll likely start putting on performances soon. Whatever he does, he’s going to make people smile.” 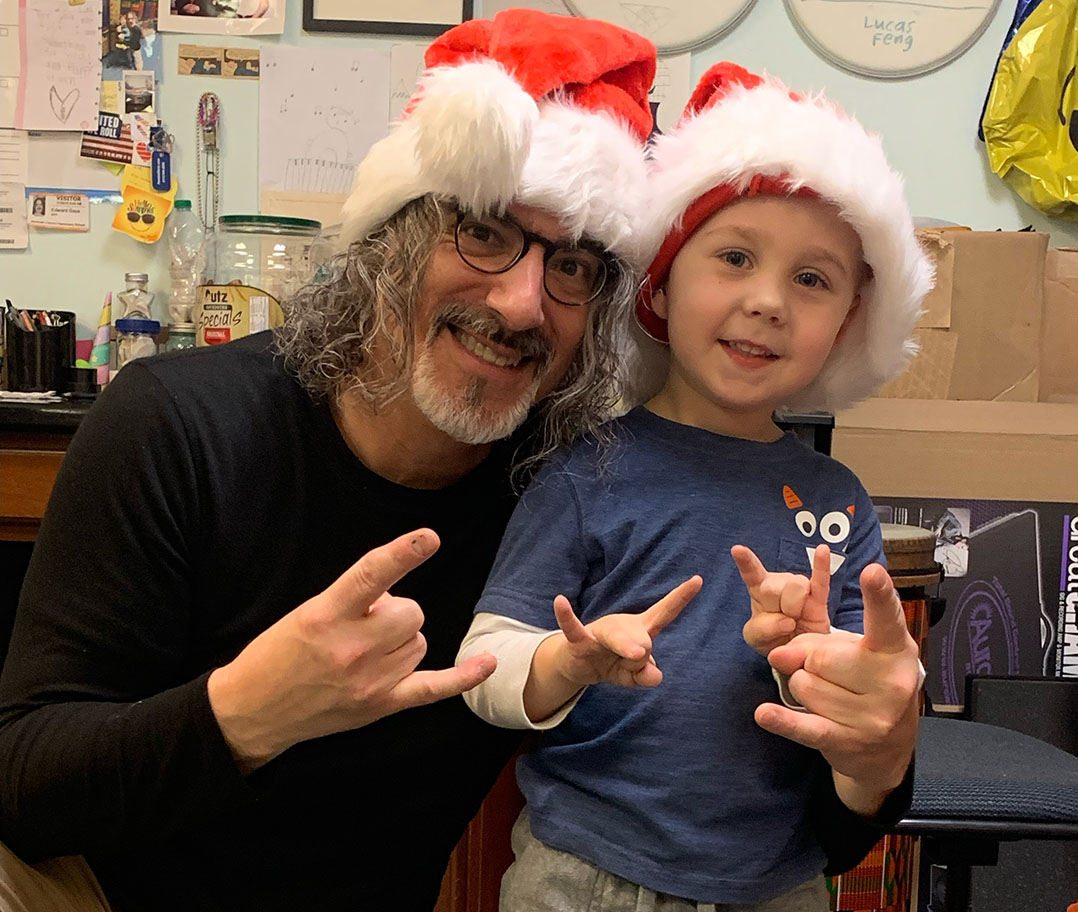 Frampton joined The Herd at 16, and at 18, he joined Steve Marriott’s new band, Humble Pie. He continued to enjoy a successful solo career and is best known for the live album, “Frampton Comes Alive,” and his usage of a talk box while playing guitar.

Comprised of Cherie Currie, Joan Jett, Sandy West, Jackie Fox and Lita Ford, the age range in The Runaways was 15 to 17. The band got a record deal with Mercury Records in 1976 and released its self-titled debut album that year. The Runaways played sold-out shows in Japan and were one of the top acts there. Jett had a successful solo career after being in The Runaways with hits such as “I Love Rock ‘n’ Roll” and “Bad Reputation.”