For the last 12 years, the City of Lawrence has fostered a project focused on honoring hometown military service members. The Blue Star Banner Program recognizes people from Lawrence or with connections to the city who are active duty in any branch of the U.S. military.

The Blue Star Banner Program was created to instill a sense of community and honor Lawrence residents who are actively serving in the military, according to city officials. With the decommissioned Fort Benjamin Harrison military base at the center of the city, Mary Jo Rothenbush, executive assistant to Mayor Steve Collier and head of the program, said the concept “just made sense.”

Rothenbush said the program was created in 2010 by Candy Davis, the executive assistant to the city’s previous mayor.

“(Davis) had gone to a wedding in California and saw banners hanging throughout the city for their active-duty military,” Rothenbush said. “She knew then that she wanted to bring it to Lawrence.”

Davis launched the Blue Star Banner Program by hanging banners for 35 active-duty service members who had a connection to the city.

Rothenbush said that when she was hired as an administrative assistant to the city’s economic development director in 2016, Collier told her that he wanted to ensure the program continued. From that point forward, Rothenbush began organizing events throughout the year to continue and enhance the Blue Star Banner Program. 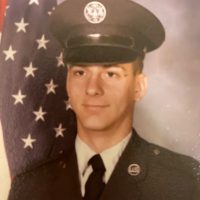 “We do many things throughout the year,” Rothenbush said. “We have a float at the city’s Fourth of July parade, where military families join and toss candy. We also have military flag-raising events for anniversaries of the branches of service. We typically do six raises from June to December. For instance, on June 14, we had a flag raising for the (247th) anniversary of the U.S. Army.”

Rothenbush has worked to recognize city employees who have served in the military. Scott Salsbery, utility superintendent for Lawrence, is one of those employees.

“I enlisted in March 1978,” Salsbery said. “My dad was my recruiter, so we discussed options, and I ended up choosing the United States Air Force. I served in a relatively peaceful time. There was no active shooting war, and I volunteered for overseas duty.”

Rothenbush said each year, the program holds an annual dinner to honor Lawrence’s military families and the sacrifices they make at home.

“We recognize the families’ sacrifices just as much as our military members,” Rothenbush said. “The families are the ones who hold down the fort and care for other family members while those deployed are away.” 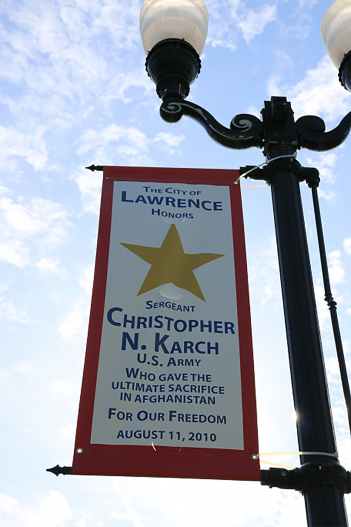 Since the creation of the program, Rothenbush said that only one service member’s Blue Banner Star became a Gold Star Banner when he was killed in the line of duty.

“In 2010, Christopher Karch, a Lawrence Central (High School) graduate, was killed in action while stationed in Afghanistan,” Rothenbush said. “Candy (Davis) planted a tree and placed a stone as a memorial for him in Memorial Plaza. The Karch family is now considered a Gold Star Family. Although the family no longer lives in Lawrence, (Christopher’s) aunt drives through the city for work and expressed that she would like for it to stay up.

“So, of course, we honor that. His banner is the only one that stays up year-round.”

Each of the Blue Star banners are taken down for the winter and cleaned thoroughly before being reinstalled in the spring. The program currently has 33 banners. According to Rothenbush, several families have two or more banners in the program, with multiple brothers or sons on active duty.

The program is funded completely through donations, sponsors and the support of local businesses. For that reason, Rothenbush said it is a true community project.

“There’s so much to it,” Rothenbush said. “It’s such a supportive community, especially on a former military base. Everyone comes together and supports (the Blue Star Banner Program) in any way they can.” 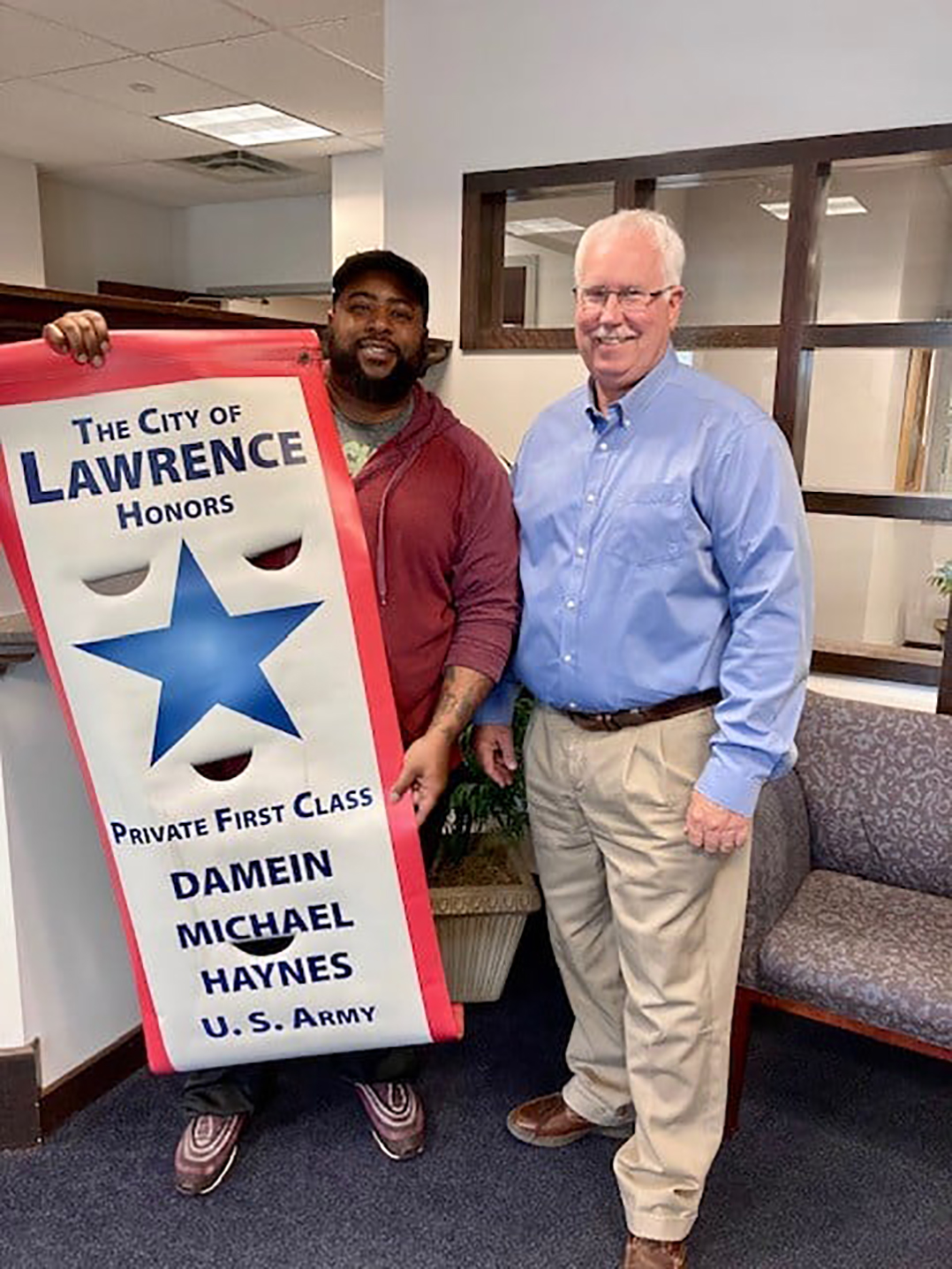 Damein Michael Haynes displays his Blue Star banner alongside Mayor Collier. Damein is medically retired from the U.S. Army. He is a former student of Collier’s when he taught at Lawrence North High School. Photo courtesy of the city of Lawrence.

According to the United Service Organizations, both the Blue Star and Gold Star service banners originated in 1917 during World War I, when a U.S. Army captain designed and patented the Blue Star to honor his sons who were serving on the front lines of the war. The captain chose blue to mirror the white stars on the American flag.

Soon after, it was determined that a gold star should represent those who sacrificed their lives while serving. Gold was the chosen color to “represent the honor and glory accorded the person for his supreme sacrifice in offering for his country.”