You are at:Home»Current in Carmel»Carmel Community»Republicans point to split conservative vote in failing to sweep Carmel school board seats

Dancing and cheers erupted Nov. 8 at The Balmoral House in Fishers as election results rolled in, as it became apparent early in the night to those attending the Hamilton County Republican Party watch party that a GOP-endorsed slate of four first-time Hamilton Southeastern school board candidates swept their races to gain an instant majority.

It took much longer to learn the fate of the Republican-backed slate of Greg Brown, Jenny Brake and Adam Sharp in the race for the Carmel school board, as each contest remained too close to determine a winner until all votes were counted late into the night.

Finally, it became clear that Brown had narrowly won District 1, with Sharp and Brake losing by 2.52 and .34 percentage points, respectively. 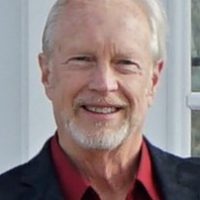 Brown ran in the only race featuring two candidates, defeating Jake Nichols, who was part of a slate backed by the Support CCS political action committee, by receiving 50.15 percent of the vote. Support CCS did not affiliate with a political party and endorsed candidates generally supportive of the direction of the district.

In the other two races, in addition to the lone Support CCS candidate in each contest, one or two other candidates with similar views as Brake and Sharp ran, according to Hamilton County Republican Party chair Mario Massillamany, splitting the conservative-leaning vote. Without those candidates running, he believes Brake and Sharp would have won, too, as they lost by far less votes than cast for candidates not on a slate.

But he’s not discouraged and called the election overall “a great day for Republicans in Hamilton County.”

“Sometimes we need to lose races, especially close ones like this, to galvanize and energize behind one person,” he said.

Brown said he knew it was a “very possible outcome” that he might win the two-way race and that Brake and Sharp would narrowly lose. He said many months ago he and others working to create a slate tried to dissuade conservative candidates from running to avoid splitting the vote, but some still chose to enter the race.

“We warned them that we will likely not have the majority of like-minded people if you do this, and sure enough, it happened,” Brown said. “We’re not happy with that.”

Although his slate won’t become the majority on the five-member school board, Brown said he believes the number of votes for conservative-leaning candidates indicates that most voters wanted a directional shift on the school board.

“I see a very clear majority of Carmel has spoken loudly for some change,” he said. “I’m going to take that as a message (to CCS), ‘You guys need to listen to this huge amount of our population.’”

“When our district faced attacks motivated by political ideology, the people of Carmel united across party lines to stand up against the lies and negativity and voted to keep our public schools strong,” McNally said. 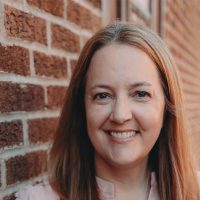 Kristin Kouka, who was backed by Support CCS, won the four-way race in District 1 and is eager to begin serving on the board.

“I’m really excited to be able to represent our school system and do the best I can do,” she said. “With my background in working with families and kids and students, I think I can be a great asset to the school system in whatever is needed from me as a board member.” 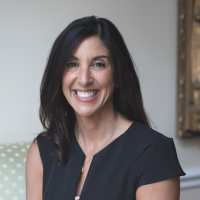 “I am honored to continue serving the Carmel Clay School District as a CCS board member. I am deeply inspired by the way the CCS community came together in support of our dedicated teachers and administration,” she said. “I urge everyone who followed this race with interest to redirect that attention to the schools and invest their time and energy into volunteerism. Our schools, and school children can greatly benefit from your time and talents.”

Massillamany, who said he expects his party to continue endorsing school board candidates in the future, said he thinks it’s likely the next school board election could turn out differently in Carmel.

“This is a good learning experience, a teachable moment for the people in my party to understand that while you might want to help and serve, how best can you serve?” he said. “If you have two people run and they both lose, and you get somebody (elected) that’s different than what you believe in, was it worth it to run?”