You are at:Home»Current in Zionsville»Zionsville Cover Stories»Helping paws: Guide dog organization in need of puppy raisers

Each year, Leader Dogs for the Blind, a nonprofit based in Rochester Hills, Mich., matches about 200 blind or visually impaired individuals with a guide dog free of charge, according to Rachelle Kniffen, director of communications and marketing at Leader Dogs.

Leader Dogs was established in 1939 by members of Lions Club International, a global humanitarian organization with a significant chapter in Zionsville. According to the Leader Dog website, the Lions Club continues to provide significant support to the mission through financial support and volunteer work.

Zionsville resident Jennie Means decided in 2021 she wanted to get involved in the effort and took in a puppy she and her family named Ellie, a golden retriever and yellow lab mix with a big personality.

“It was in the middle of the pandemic, and I was just kind of done with people, so I thought this would be a good thing for me to do,” Means said. “My kids were out of the house, and our dog Charlie had passed away that summer. I thought, ‘OK, this is my way to do something for someone,’ and I immediately filled out an application.”

Means said they went to pick up Ellie in August 2021, and a year later, took her back to Leader Dog’s headquarters in Michigan for an evaluation to determine if she would move on with their more intensive training program.

“People would always ask me, ‘How are you going to be able to give her up?’ I knew it was going to be hard, but I also knew her job wasn’t to be my pet,” Means said. “It was hard dropping her off in Michigan. It was almost like sending your kid to college, because you’ve raised them, but in your heart, you want them to do well. You want them to be a guide dog.”

During the medical evaluation at Leader Dog, however, it was discovered that Ellie had hip dysplasia. Ellie was career-changed, meaning she could no longer continue with the program to become a Leader Dog, and she soon returned to live with Means and her family.

Kniffen said about half of the puppies that go to raisers end up career-changed for physical or behavioral issues, so it is even more crucial to have plenty of people willing to raise the puppies for the first 12 to 15 months of their lives.

“On a monthly basis, we need dogs that are fully trained to match with people who are blind or visually impaired,” Kniffen said. “If we’re going to train 200 dogs every year to become leader dogs, we need about 400 puppy raisers.”

Kniffen said Leader Dogs only has around 200 puppy raisers at this time.

It is even more difficult to find puppy raisers in the winter months, Kniffen said, because many people don’t think of it as an ideal time for training. However, she said winter is a great time to house-train a puppy, because the colder weather motivates the puppy to go to the bathroom quickly and get back inside, which avoids many of the distractions they might face in the spring and summer months.

Kniffen said Leader Dogs provides puppy raisers with as much information as possible so that they know how to care for the puppy, and what progress the puppy should be making at certain stages of life. A puppy counselor is assigned to puppy raisers, which Kniffen said allows raisers to check in and ask questions. Dedicated Facebook groups are also available for raisers to connect with one another and share their experiences.

Additionally, if a puppy is assigned to a client, Kniffen said the client can choose to stay in contact with the raiser through Zoom or in-person meetings. So far, she said she hasn’t heard of any clients unwilling to do so.

During the year she raised Ellie to be a Leader Dog, Means said she learned a lot about the importance of puppy raisers. If someone is considering becoming a puppy raiser for Leader Dogs, she said they should understand the responsibility that comes with the role.

There is a time commitment that must be accounted for, Means said. Although she doesn’t have a full-time job and had time to train Ellie at home, she said she knew of people from the puppy raiser Facebook group that would bring their puppies to work with them, which helped them acclimate to being in a public space.

“Know that this is for a bigger purpose,” Means said. “I hate to say it’s a selfless act, but it kind of is. You’re really invested, not just monetarily, but in your heart as well. You want them to do well. There’s pride in that.” 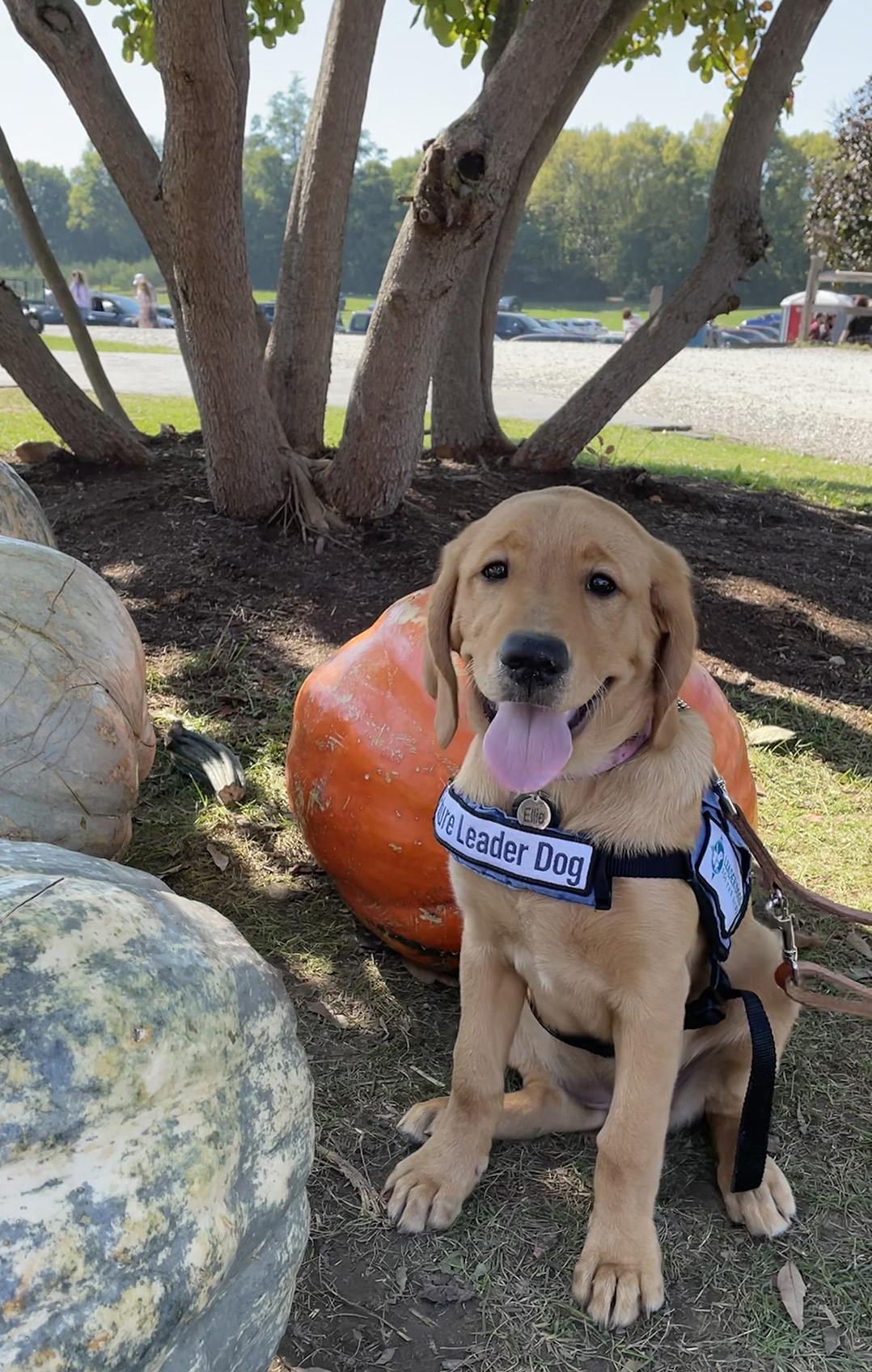