You are at:Home»Current in Carmel»Carmel Community»Carmel parks board president to run for at-large city council seat

The president of the Carmel Clay Parks & Recreation board has announced he will run for an at-large seat on the Carmel City Council in 2023. 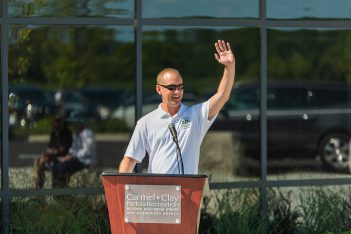 Rich Taylor has served on the parks board for 12 years and has been president for five years. He has also previously served as board president of the Rotary Club of Carmel and is a past board member of the Carmel Clay Public Library Foundation.

“I’ve always taken an active interest in Carmel’s government, because decisions made by local government directly affect taxes and the quality of life for residents. That’s important to me,” Taylor, a Republican, stated in a press release. “I have a passion for Carmel, and we must have strategic plans in place to maintain and continue to elevate what we’ve created.”

All nine seats on the city council will be on the ballot in the 2023 municipal election. Three of the seats are at-large. Current at-large Councilor Kevin “Woody” Rider announced in September that he is running for mayor. At-large Councilors Jeff Worrell and Tim Hannon have both indicated they plan to seek re-election to their seats.

If elected, Taylor, a former vice president at The National Bank of Indianapolis, plans to “focus on the financial strategy and health of Carmel,” he said.

“We have to be proactive and forecast. And that will be led with transparency.” Taylor stated. “I’m also committed to providing our police and fire professionals the resources they need to keep our city safe.”

Taylor earned a degree in management from Purdue University, and he received his MBA from Butler University.

He and his wife, Lauren, have two children, Ryker, 7, and Brooke, 3. Lauren is president of Carmel-based Holder Mattress Company. The couple has lived in Carmel for 17 years.