Since Indianapolis is the Crossroads of America, Candlelight Theatre’s playwright in residence James Trofatter figures the Benjamin Harrison Presidential Site is a good place for ghosts to converge. 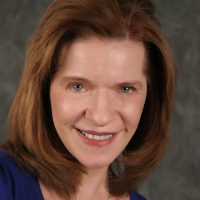 Donna Wing, Candlelight Theatre’s creative director and a Geist-area resident, plays Tabitha, an accused witch from Maine, who leads the audience on a geographical journey stopping in places such as Philadelphia, San Antonio and Denver in “The Haunted States of America” at the Benjamin Harrison Presidential Site, 1230 N. Delaware St., Indianapolis. The play was set to begin Oct. 14-15 and will continue Oct. 21-22 and 28-29.

“A fun fact is that each of the 50 states is mentioned in the play in some fashion,” Wing said. “Each Halloween, Candlelight Theatre presents a ghostly or macabre production among the ambience and furnishings of the Benjamin Harrison Presidential Site. The elegant and historic rooms present a set that is unparalleled. I like that I have the creativity to design productions that use the presidential site to its fullest capacity in presenting salon-style theater.” 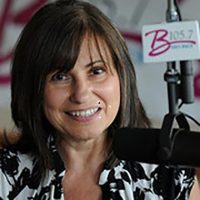 Noblesville resident Ann Richards, an on-air personality at B105.7. plays Lizzie, wife of Dr. William Reddick Whitehead, a battlefield surgeon who might have helped his patients die.

“It’s always fun working with all the members of Candlelight Theatre,” Richards said. “I’ve loved getting to be a part of their fall and holiday productions. I’ve played everything from the Christmas Spider to the wife of a president, a lady who dressed as a man so that she could fight in the Civil War, and one of the witches in a scene from ‘MacBeth’ in this show.”

Westfield resident Peter Fowle portrays Dr. Francis Turner, an osteopath in the early 20th century in Savannah, Ga., and owner of The Hamilton-Turner Inn, which is considered haunted. 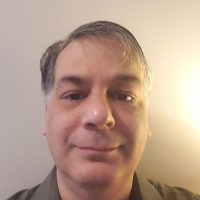 “I have several minutes where I do not have any lines, so the challenge is to not stand like a statue waiting for my next line but also not to be so busy that I distract from the main action,” he said.