You are at:Home»Current in Fishers»Fishers Community»Fishers Police Dept. warns of dangerous drug

The Fishers Police Dept. is warning parents, students and young adults about a dangerous new drug called rainbow fentanyl that has been appearing in communities nationwide. 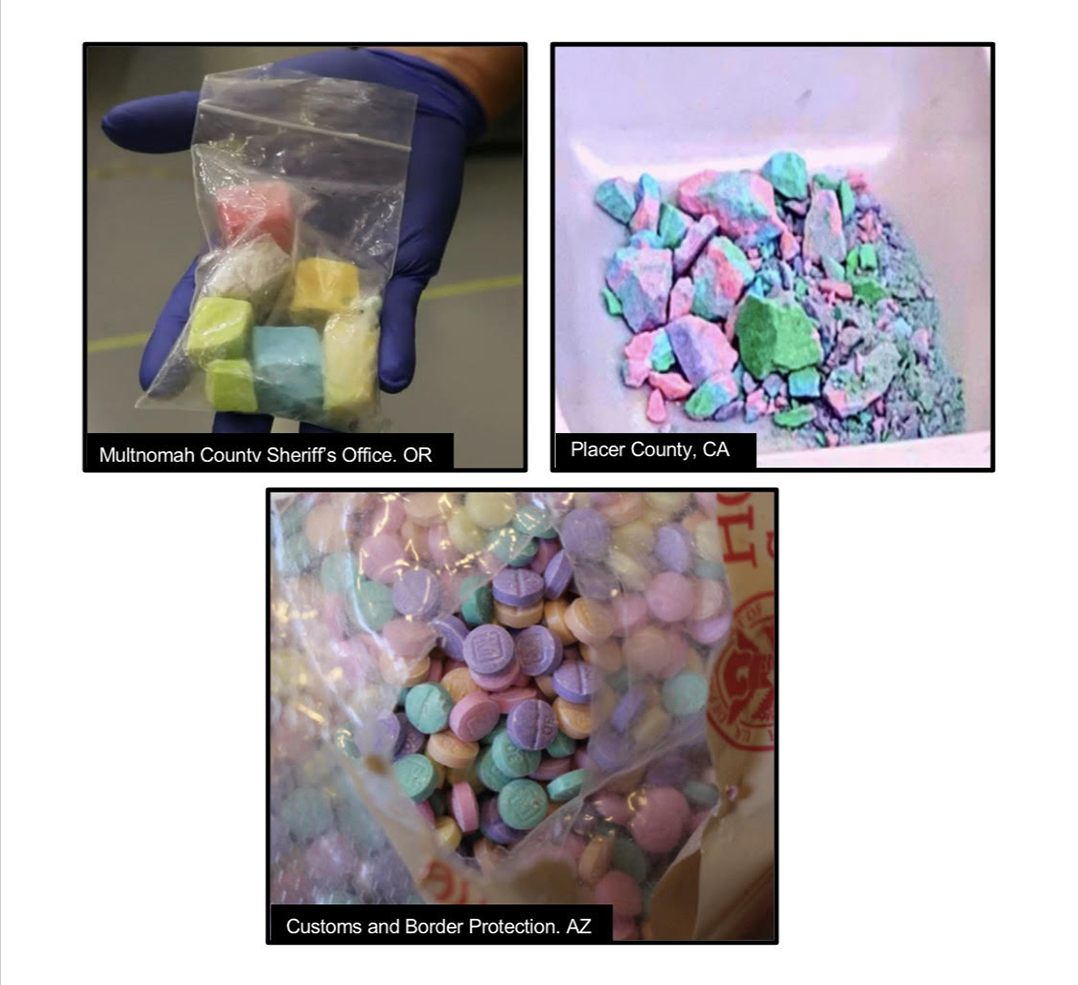 Pictures from various law enforcement across the county who have provided examples of what rainbow fentanyl might look like. (Photo provided by Fishers Police Dept.)

Rainbow fentanyl, a brightly colored form of the synthetic opioid fentanyl, is being sold as pills, powder and blocks that somewhat resemble sidewalk chalk. Law enforcement believes the new form of fentanyl is reported to look like, and could be mistaken for, candy — especially around children. Police believe the new appearance is a tactic by dealers to attract younger, less assuming customers, according to a press release from the FPD.

The FPD believes that social media is the primary way to buy and sell the narcotics. The department is investigating the narcotics being sold and consumed in the community and is working with local, state and federal law enforcement agencies across the state to identify the new narcotics trends in the area.

At this time, there have not been any reported incidences of the drug circulating in Fishers, according to FPD.

FPD is urging all Fishers residents to be aware of the new form of narcotics and its various forms, including counterfeit pills or candy. The department reminds residents to only take medications prescribed by a medical professional and filled by a licensed pharmacist. For more, visit dea.gov/onepill.