You are at:Home»Current in Carmel»Carmel Community»Woman found in guilty of murder in Carmel oatmeal poisoning case

A Sheridan woman accused of poisoning her ex-boyfriend’s oatmeal with fentanyl before strangling him to death with his favorite necktie has been found guilty of his murder. 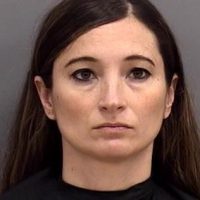 A jury in Hamilton County found Heidi Marie Littlefield, 42, guilty Aug. 23 on one count of murder and two counts of conspiracy to commit murder. Sentencing is set for 9 a.m. Oct. 7.

Francis Kelley was found dead in his Carmel home in January 2021, three days after he stopped responding to text messages and other communications. Kelley and Littlefield had been involved in a custody dispute over their then-2-year-old daughter.

An autopsy revealed that Kelley died of asphyxia due to manual strangulation/neck compression. He had blunt force trauma to the head and injuries on his hand, elbow and knees. Toxicology results revealed high levels of fentanyl, a synthetic opioid, in his system.