The Carmel Police Dept. has taken steps in recent years to improve its response to a growing number of calls involving mental health crises, including the hiring of its first social worker.

Hannah Cowles joined CPD in February as crisis intervention manager. She isn’t among the first on the scene, but officers may call her once the situation is considered safe and if it is believed those involved could benefit from her expertise and resources. She also provides resources for any Carmel resident who calls her office in need of help. 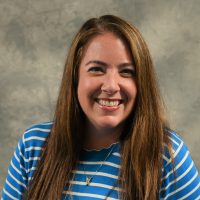 “(Police officers) are not mental health professionals, but I am,” Cowles said. “That’s how I can really partner with the officers and provide a well-rounded response. There’s no expectation our officers are going to be social workers.”

CPD Sgt. Katie Malloy, who works closely with Cowles, said before hiring a social worker CPD officers would provide information about resources to residents but often had little time or ability to follow up with them. She said Cowles will help bridge the gap between CPD and organizations offering help to those who need it.

“It’s a lot different handing someone a pamphlet or a card versus them getting to speak to her on the phone and her going with them on that journey to make sure they get the right services and get in touch with the right people,” Malloy said. 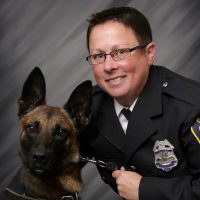 Cowles said officers frequently encounter people who don’t qualify for an immediate detention, which leads to hospitalization, but who still need assistance. Often, those are the cases referred to her.

She previously worked as policy director at the Indiana Bureau of Motor Vehicles and as deputy section chief for the Indiana Dept. of Homeland Security. She is the first social worker to join a law enforcement agency full-time in Hamilton County.

Cowles and her husband have lived in Carmel since 2013 and have two children in Carmel Clay Schools.

“I’ve always had my eye open for these types of opportunities, and it just so happened this came available,” Cowles said. “I live in Carmel, and I have children here, so it was a phenomenal opportunity to do this in my backyard.”

Anyone seeking information about mental health resources can contact Cowles at 317-571-2257.