Carmel-based company Spectral Analytical Air Monitoring is hoping to change the way homes are protected from fire. Research has indicated one of its patents under its original company name – Sentelligence – detects chemical changes that can provide an alert faster than traditional smoke detectors. 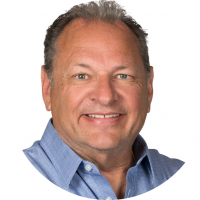 “The SAAM S-Series uses proprietary spectral technology to measure chemical changes in the air indicative of smoke and fire and alert in seconds,” said Rob Qualls, SAAM founder. “Thirty years ago, you had an average of 17 minutes to escape when an alarm sounded, today (because of materials used in newer homes and furniture) you have an average of three minutes to escape at the sound of an alarm, so seconds count.”

Qualls said there are two technology options in traditional smoke detectors, both of which are more than 50 years old.

“(One option is) ionization, which has been around since 1951 and is in 95 percent of US homes today. The problem with ionization technology is that the technology was introduced at a time when buildings and furnishings were made from natural materials, which burn fast,” he said. “Ionization was wonderful in detecting fast flaming fires but is also notorious for false alerts.”

“Smoldering synthetic materials emit hydrogen cyanide, which can cause a catastrophic event in seconds,” Qualls said. “Photoelectric technology, introduced in 1974, does a better job of detecting smoldering fires, but not fast flaming fires. In independent testing, oftentimes the ionization alarm did not alert, while the photoelectric alarm alerts, but may take up to 10 minutes to sound.”

During independent testing at the Worcester Polytechnic Institute Fire Test Lab, the SAAM-S series alerted 400 percent faster than popular competing alarms, according to Qualls. A key feature is that it can distinguish between a nuisance alarm and a threat to life alarm.

“The S-Series uses a NDIR (nondispersive infrared sensor) to determine the chemical composition of the environment where it is located. By distinguishing the unique chemical species, the S-Series is able to differentiate between a cooking nuisance and a fire event,” Qualls said. “Furthermore, advanced algorithms in the S-Series improve on the fundamental NDIR hardware advantage and provide an informed categorization between fire, environmental nuisance and other unhealthy situations in the home.”

The product is not yet available to the public but is expected to be sold in retail stores in late 2023, Qualls said.

For more, visit saam.us.com. You can watch a video on the technology at  youtube.com/watch?v=KSp2YpG9ih0.