When Jayden Stafford is not in the gym training in kickboxing and Muay Thai, he can be found walking his dogs, enjoying nature or riding his 6-foot-tall unicycle around his neighborhood. 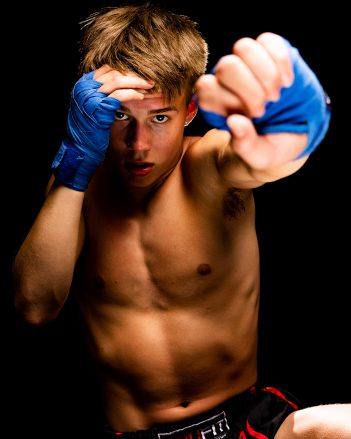 Jayden Stafford trains for the national competitions he has coming up in Canada in September and Italy in October.

Stafford, a junior at Lawrence Central, recently made the World Boxing Championship Muay Thai Team USA after competing at the Thai Boxing Association Muay Thai national championship in Des Moines, Iowa, where he came in third. He competed with eight other KruFit members. KruFit is a Muay Thai gym in Fishers at 9824 N by NE Blvd.

With the WBC Team USA, he will be traveling to Calgary, Canada to compete in a Muay Thai competition Aug. 12-14, Stafford will be competing with other fighters in in the 16-17 year old, 132-pound bracket. Fighters from more than 20 nations will compete.

Because training five days a week KruFit can get intense, Stafford said he enjoys spending time in nature to recharge.

“Most of the things that I do are related to Muay Thai in some way, whether that’s being outside, it’s relaxing, it’s recovery honestly,” Stafford said. “Being in the sport, dedicating so much time to it, it’s exhausting and sometimes can be very stressful. So just getting outside enjoying yourself to, like, recharged to get going to the gym the next day.”

Stafford, 17, was introduced to Muay Thai about four years ago by his then-English teacher, Julie Rutan, who had taught him for years. After going through some personal issues with his biological family, Rutan started taking him to Muay Thai classes to help him cope with some previous childhood trauma. Rutan and Stafford became so close that when the opportunity presented itself, Rutan became his legal guardian and has been for the last three years. She now claims him as her own as she has legal guardianship.

“He’s my boy,” Rutan said. “I am forever amazed at his tireless work ethic, his positive attitude, his just constant growth, not just as an athlete, but also watching him grow as a human. I’m super proud to be his mom and his teammate.”

Rutan got into Muay Thai about five years ago to lose weight because it was an interesting form of exercise. She said she got bored with other programs she had tried. She is still practicing Muay Thai at seven months pregnant. 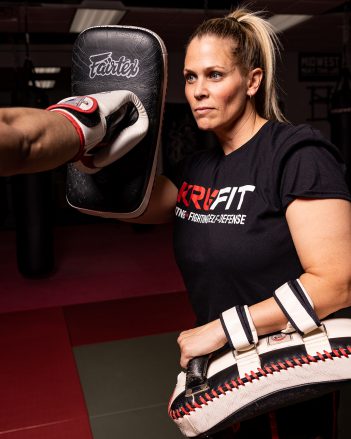 Jamie Bradley has been practicing Muay Thai since 2005. She opened her gym, KruFit, in 2018 and coaches there today.

“It’s super motivational for me to get my stuff together,” said Stafford, adding with a laugh, “You know, obviously, I’m not pregnant, so there’s no excuses for me (not to work hard).”

Stafford’s coach, KruFit founder Jamie Bradley, has enjoyed watching Stafford grow as a person and as a competitor.

“While I’m certainly proud of his, you know, Olympic aspirations and the team USA that he’s been named to (but) those aren’t the things that that make me proud,” Bradley said. “Yes, he’s a great fighter, but he’s grown into a great young man.”

In October, Stafford and Rutan will travel to Venice, Italy, where Stafford will compete in a World Association of Kickboxing Organization tournament. Last year, Stafford became the first person from Indiana to join WAKO Junior Team U.S.A.

To raise money for his trip, Strafford will offer a self-defense class for kids ages 6-12 at KruFit from noon. to 2 p.m. Sept. 10.

Anyone interested in Strafford’s seminar or in KruFit can contact info@krufit.com for a free trial Muay Thai class. 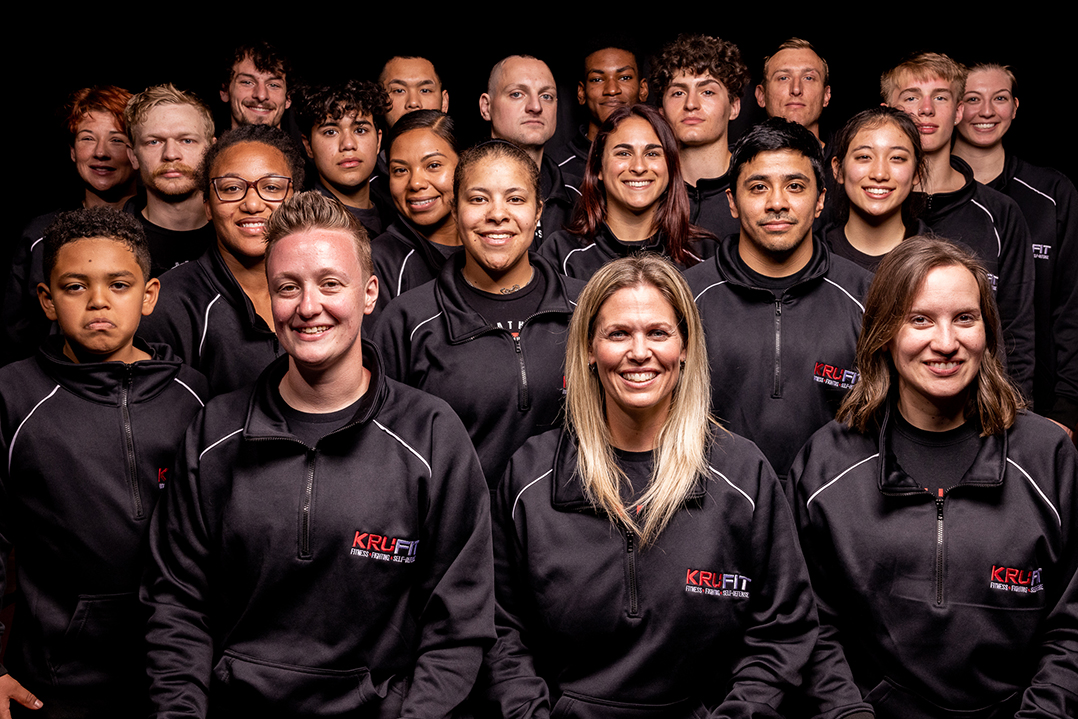 Bradley, Stafford and other members of the gym pose for a picture. (Photos courtesy of Craig Tierney)

Muay Thai, which means “Thai boxing,” is the national sport of Thailand. A form of martial arts, it is also called “the art of 8 limbs,” which refer to the two hands, elbows, knees and feet to strike and defend. This fighting form varies from others like karate or boxing because of its added striking points of the elbows and knees. KruFit, in Fishers, is also only one of five female-owned Muay Thai gyms in the nation. KruFit founder Jamie Bradley has been interested in the sport since 2005 because she said it is an effective form of self-defense. She opened her own gym in 2018 and prides the welcoming atmosphere she has created.

“I think part of what has contributed to this really awesome gym community that we have here is the type of people that we attract that want to learn and are willing to learn from a female,” she said. “I think it is a very inclusive, open, embracing, community. My passion is sharing this art with people, and so that’s really it. I invite anyone and everyone to come in because I truly believe it can be life altering for everyone through the door.”

Athlete of the Week: Carmel High School safety finds his talents on the football field, not in the pool
Share. Twitter Facebook Pinterest LinkedIn Tumblr Email
Previous ArticleSweet music: New Noblesville Schools superintendent has diverse background
Next Article ‘Mrs.Harris Goes to Paris’ is a delight
Follow us on Social Media