Noblesville Common Council members denied a rezone request from Olthof Homes at its May 24 meeting. Other agenda items included an introduction to an ordinance proposing redistricting council boundaries and an introduction for a new apartment complex called Hyde Park Towns and Flats. The next meeting is scheduled for 7 p.m. June 14 at City Hall, 16 S. 10th St.

What happened: The council denied a rezone request from Olthof Homes by a 6-3 vote.

What it means: The proposal requested a rezone to allow for 120 single-family attached, for-sale townhomes called Holland Meadows. The proposal was originally presented in September 2021, but after the council requested changes to the site plan and architecture requirements, the proposal was withdrawn, and a revised request was presented at the May 10 council meeting. Some council members expressed concern regarding architectural standards at the May 10 meeting and suggested the addition of a fire pit and seating area. At the May 24 meeting, despite updated architectural standards, the proposal was denied.

“I’m not sure this is a gateway project,” Council President Megan Wiles said. “I consider the land along the Midland (Trail) to be like waterfront property, so we have to make sure the best projects are in that area.” 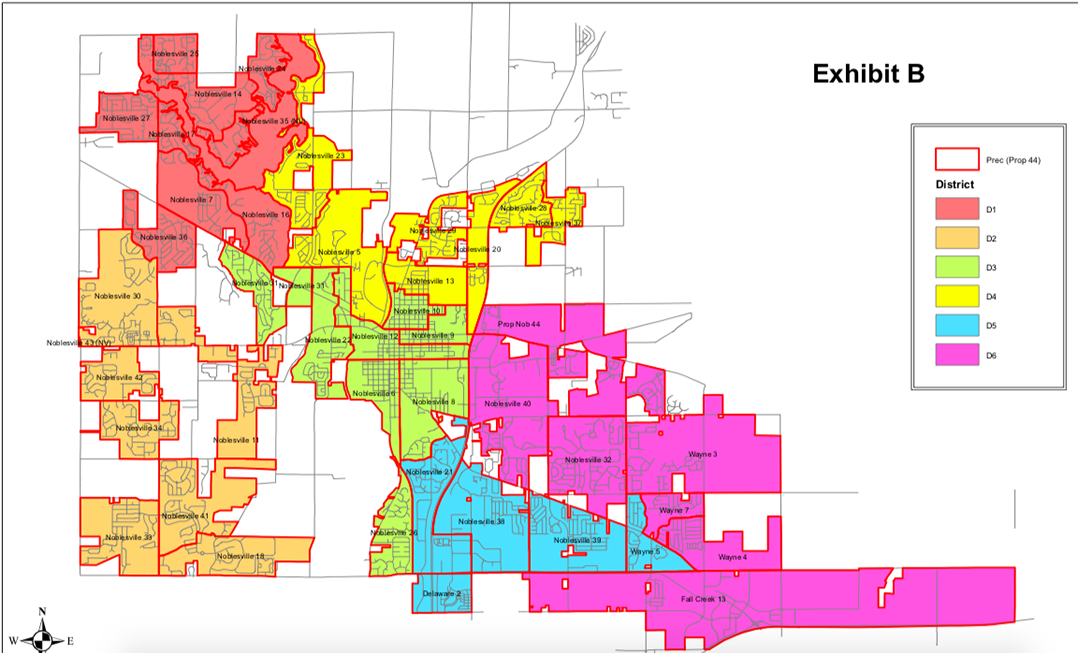 What happened: The council heard an introduction to redistricting boundaries for council districts.

What it means: State law requires a city to complete the redistricting process every 10 years after a census. Districts must have contiguous territory, be reasonably compact, not cross precinct lines unless an exception applies and contain as equal a population as possible. Wiles said the council would not vote on the introduction at its next meeting but would hear public comment. More information about redistricting can be found at cityofnoblesville.org/topic/index.php?topicid=631&structureid=3.

What happened: The council approved an amendment for Pebble Brook Planned Development Ordinance.

What it means: The amendment allows for the construction of Noah’s Animal Hospital, a veterinary hospital. Veterinary use was previously not permitted in the ordinance.

What happened: The council approved an amendment to the unified development ordinance.

What happened: The council heard an introduction for a proposed residential apartment complex at the southwest corner of 141st Street and Brooks School Road.

What it means: The development, known as Hyde Park Towns and Flats, proposes 358 units and includes pocket parks, green space, heavy landscaping along the perimeter, an outdoor pool and an amenity building. The proposal is a transition piece, with units near the perimeter having modern flat roof architecture and units in the interior of the development having traditional pitched roofs.