“It’s a fantastic script,” Nickell said. “As I was reading it initially, I was struck by the complexity and cleverness of the text and characters. It’s also a great fit for our season theme, ‘Growth and Identity.’ It’s also currently a very popular choice for high school productions. I also chose this show to challenge myself as a director. There is a lot of movement in this show, and that is not my strong suit, so I wanted to push myself.”

“Peter and the Starcatcher” is a play based on a novel that tells the backstory of characters from “Peter Pan.” The show is set for 7 p.m. April 30 and 2:30 p.m. May 1 at the FHS auditorium. 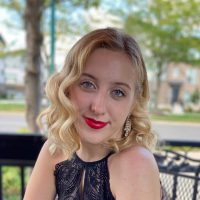 “Though the show isn’t technically a musical, there is music in the script, which is not typical for a play,” Nickell said. “Anytime there is music and choreography in anything, it is challenging to put together. The show also has a live accompanist.”

Senior Kylee Booher plays the role of Grempkin and Teacher.

“These two characters are almost complete opposites of each other in every way. Grempkin is mean and ugly inside and out, whereas Teacher is beautiful, intelligent and ethereal,” Booher said. “The two roles are played in different acts, and I have time to modify my mindset from one character to the next, so I do not have to transform quickly. 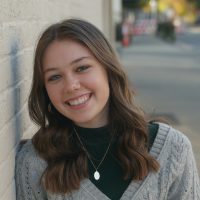 “It is actually fun for me to play the two characters off of each other and I love the direction that Ms. Nickell took to cast this play in unexpected ways.”

“I love the confidence and drive this character has, letting nothing stop her from achieving her goals,” Wiest said. “She is smart, funny and believes girls can do anything boys can, which is a consistent theme in the story. One challenge with playing this role is tapping into Molly’s softer side. She is clearly a confident, loud character, but I hope to show all sides to her as the play progresses.”