You are at:Home»Current in Carmel»Carmel Cover Stories»National presence:Midwest Academy head of school takes leadership role in LDA of America

The Learning Disabilities Association of America took notice of the job Kevin Gailey has done with Carmel’s Midwest Academy.

That led to Gailey moving up quickly in the national organization. Gailey, who serves as head of school at Midwest Academy, was elected as president of the board of LDA for a two-year term at the national convention in February in New Orleans.

“It’s an organization that has been around for over 60 years,” Gailey said. “The founders of the organization were instrumental in getting many of the major laws (regarding) learning disabilities in schools passed. They try to educate, advocate and support. Part of the advocacy is doing policy work in Washington, D.C. My job at Midwest is what connected me to that community, and that led to me being involved in a leadership role.”

“I didn’t come on as a board member. I came right on as a treasurer, which is a little unusual,” he said.

Gailey said the turnaround at Midwest Academy likely drew attention. Midwest is a school for students in third through 12th grade with autism, ADHD and working memory and processing challenges.

When Gailey, a Carmel resident, started at Midwest Academy in August 2010, the school only had 62 students and was struggling financially.

“Now, the school is doing well. We’ve been above 110 kids for the last couple of years,” Gailey said. “We’ve been pretty consistent. Financially, we bought and renovated our building, and we only owe $400,000 on a $3.5 million project eight years later. From a financial perspective, we’re doing well.”

Gailey said Midwest prefers to use the term “learning differences” rather than “learning disabilities.”

As president of LDA, Gailey said he helps develop strategic plans and works with the organization’s CEO. He said he sees his role as providing leadership and structure. Fundraising will be a key LDA focus this year.

Gailey said his responsibilities include Zoom calls for LDA with people from up to 10 different states. Some of the people have never been in the same room with the others.

Gailey said from an educational standpoint, there are ideas he learns through LDA he can bring to Midwest Academy.

“There are people presenting white papers and ideas on how to work with kids with learning differences,” he said.

Katie Erdmanis, assistant head of school and a parent of a Midwest Academy student, said it benefits the school and LDA to have Gailey involved.

“Kevin is in a unique position to be able to give LDA perspective on what teachers really need, and our teachers’ benefit is that we can go to see speakers and go to their workshops,” Erdmanis said. “I think it’s beneficial to both sides.”

Midwest’s enrollment has increased despite the COVD-19 pandemic.

“Some parents enrolled their kids without ever walking in the building because they couldn’t because we weren’t allowed,” Gailey said. “Our faculty did a great job of staying kid-oriented.”

Midwest Academy has a staff of 30, including 25 teachers and counselors. Although the majority of the students are from Carmel, some are from other parts of central Indiana.

“We had a kid take a taxi from Muncie every day for four years,” Gailey said.

Gailey said some parents move from out of state so their children can attend Midwest Academy. 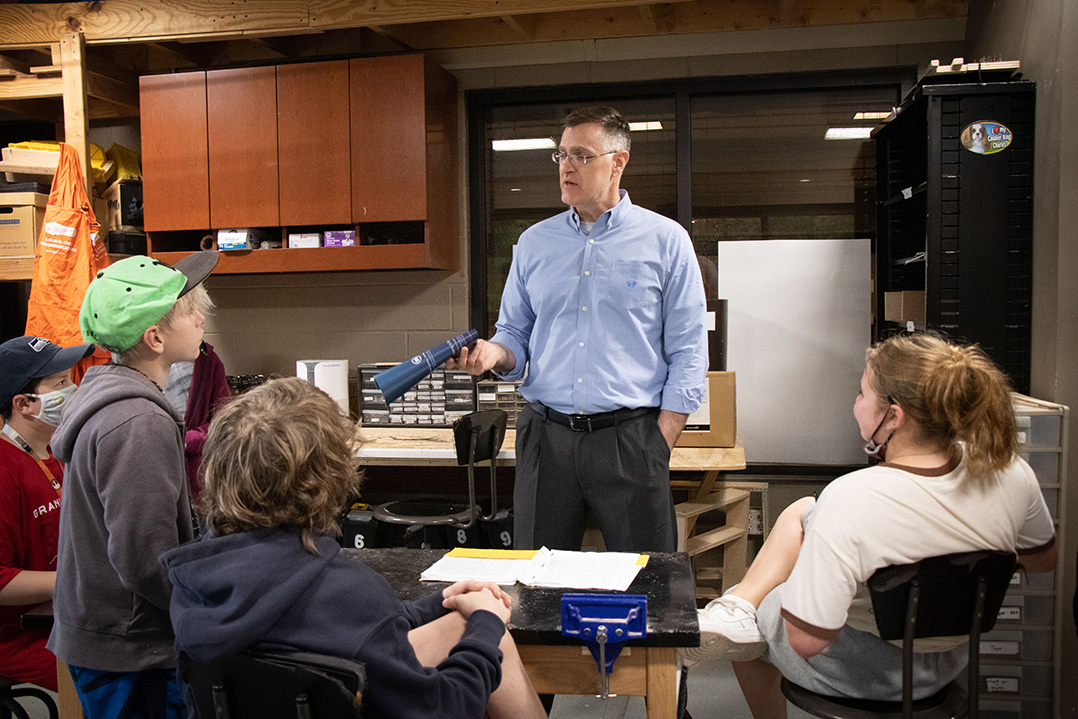 The annual tuition for Midwest Academy for $17,500, which Kevin Gailey, the head of school, said is cheaper than some other independent schools in the Indianapolis area.

“Thirty percent of our families each year get up to 50 percent financial aid,” he said.

Gailey said it costs Midwest $25,000 to educate each student.

One major fundraiser will be the annual gala set for 6 p.m. April 29 at the Indianapolis Marriott North. Tickets are $150.

“We try to get members of the community to learn more about us,” said Katie Erdmanis, assistant head of school.

For more, visit mymwa.org or facebook.com/mymwa.org, where a link will be available when the auction items are posted April 28.