You are at:Home»Current in Westfield»Westfield Cover Stories»Taking root: Urban Apples to begin phased opening in 2023

Westfield resident Noah Herron didn’t expect to encounter as many obstacles as he did during his rezone proposal for Urban Apples, but he overcame them, all the same.
The Westfield City Council unanimously approved the development after a more than six-month process whereby Herron and his business partners, Marc Rupenthal and Mike Hayner, sought approval for the project.

Herron opened Urban Vines winery in 2016 at 303 E. 161st St. Shortly after, it began brewing beer as well. Urban Vines’ sister company, Urban Apples, a 24-acre agritourism facility with a cidery, music venue and other features, is under construction with an expected fully open date of 2024. The development will include a wine-making facility, a cider-processing facility, a cidery, a private event venue available for rental, a live music facility and an orchard with more than 1,000 apple trees.

Herron expects opening Urban Apples to be a much smoother process than it was to openUrban Vines. He said ome of the lessons he learned include providing more bathroom space and being cognizant of noise levels from the music venue. 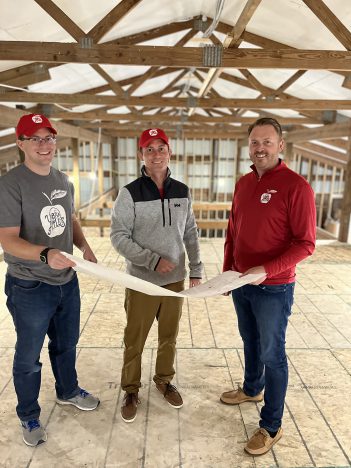 “This is kind of Urban Vines on steroids,” Herron said. “We have learned some of the lessons about bathrooms and noise and habits of people.”

One of the issues the Westfield City Council had to consider with the proposal was noise complaints from residents who live near Urban Vines. Herron said this time, the music situation will be different.

“At Urban Vines, we proactively worked on the sound out there and the music,” he said. “We put in dampening devices around the facility. If we decide to do music out here, it will be directed away from houses. We will be putting in industrial-standard landscaping around the stage and mounding it up. We’ve learned the right way to do it and make it the best it can be.”

Herron bought the 24-acre property southwest of 186th Street and Spring Mill Road 18 months ago and changed the land use to allow for wine processing. In July 2021, he sought a rezone for the property to allow for a cidery and event venue.

Rupenthal, a Carmel resident, has served as Herron’s winemaker for the past six years. Hayner, a Westfield resident, is one of Herron’s closest friends from childhood. All three co-own the business.

“My role with the cider making will oversee all steps from start to finish, including harvesting and pressing apples, fermentation, barrel aging and bottling,” said Rupenthal, who worked for a Fortune 500 chemical company in the Indianapolis area before joining Urban Vines. “We will be offering many different types of cider from dry to sweet. Some will be barrel aged and others will only be fermented in stainless steel tanks with added fruits.”

“With the success of Urban Vines, it shows it’s what the residents want out here,” Hayner said.

The cidery will be family friendly and will have parking for up to 800 vehicles. Besides offering Urban Vines wine and beer and Urban Apples cider, Urban Apples will offer food such as house-made sausages and homemade fresh apple juice for kids. The facility will also have what Herron calls a “play hill” for sledding and other activities. A 2-acre pond will be open for fishing. Herron also plans to install soccer goals on the property for kids. 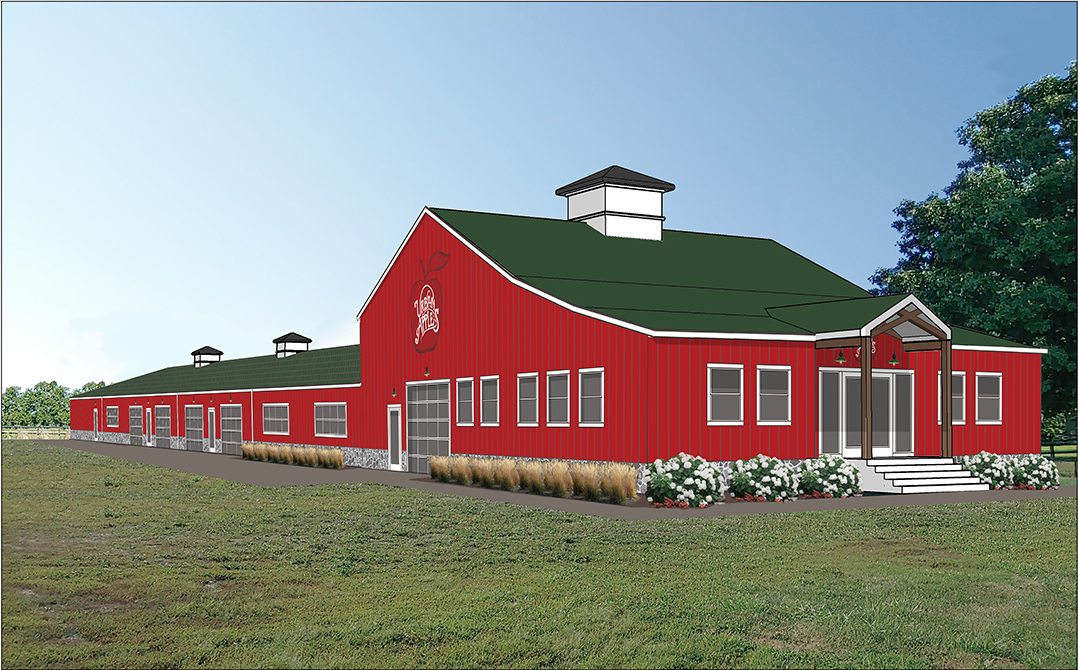 A rendering of Urban Apples. (Renderings courtesy of Noah Herron)

The difference between wine, hard cider and beer

“Ciders tend to be lower in alcohol than wine, usually 5 to 7 percent but can vary widely, and most are served carbonated,” Rupenthal said. “The biggest difference is that wine is made from grapes, and cider is made from apples. Apples tend to have a lower sugar content than grapes, which results in a lower alcohol drink. Other than that, hard cider and wine are actually very similar in how they are fermented and stored in barrels to age. They are both technically considered a wine because they are fermented fruit.”

The beer brewing process is considerably different and doesn’t take as long. Beer is made from fermented grains and typically flavored with hops during the brewing process.

“Beer can be made in a matter of weeks but cider can take many months or years to fully mature, similar to a wine,” Rupenthal said. “Cider is generally served cold like beer, but not too cold, 46 to 50 degrees is ideal.”