The two recently had their Eagle Scout Award ceremony at the SullivanMunce Cultural Center. Eagle is the highest rank for Boy Scouts of America. Troop 69 is based out of Traders Point Christian Church in Whitestown. 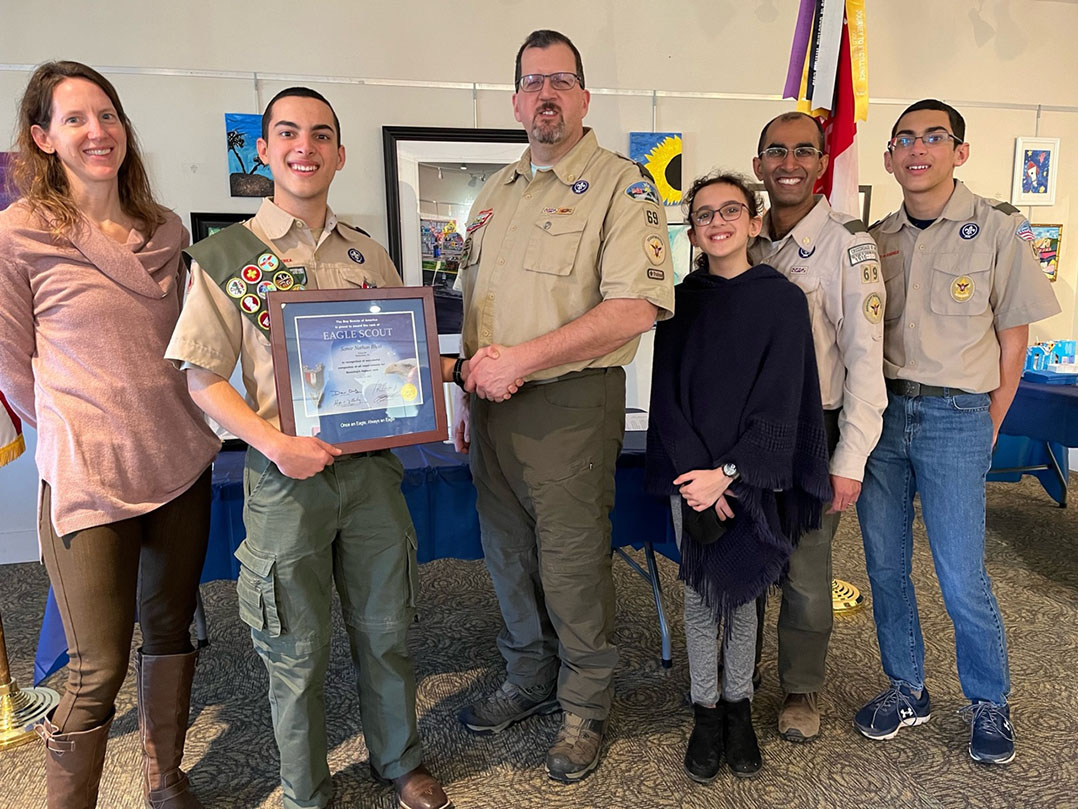 “I thought it would be nice to have the Eagle ceremony with him since we spent so much time with him the past few years in Scouts,” Bhatt said.

“I helped install six of them in West Park in Carmel,” Bhatt said. “I started the project in May 2021, but we finished construction in early August. I was awarded the rank of Eagle in October.”

Bhatt said he got help from several volunteers on the project.

“I mentioned I was looking for an Eagle project and my math teacher suggested I build bird boxes for the Zionsville Parks Dept.,” Bhatt said.

Being an Eagle was always a goal because his father, Jay Bhatt, was also an Eagle Scout.

“It’s always been my dream,” he said.

His brother, Nick, a ZCHS sophomore, also plans to become an Eagle Scout. 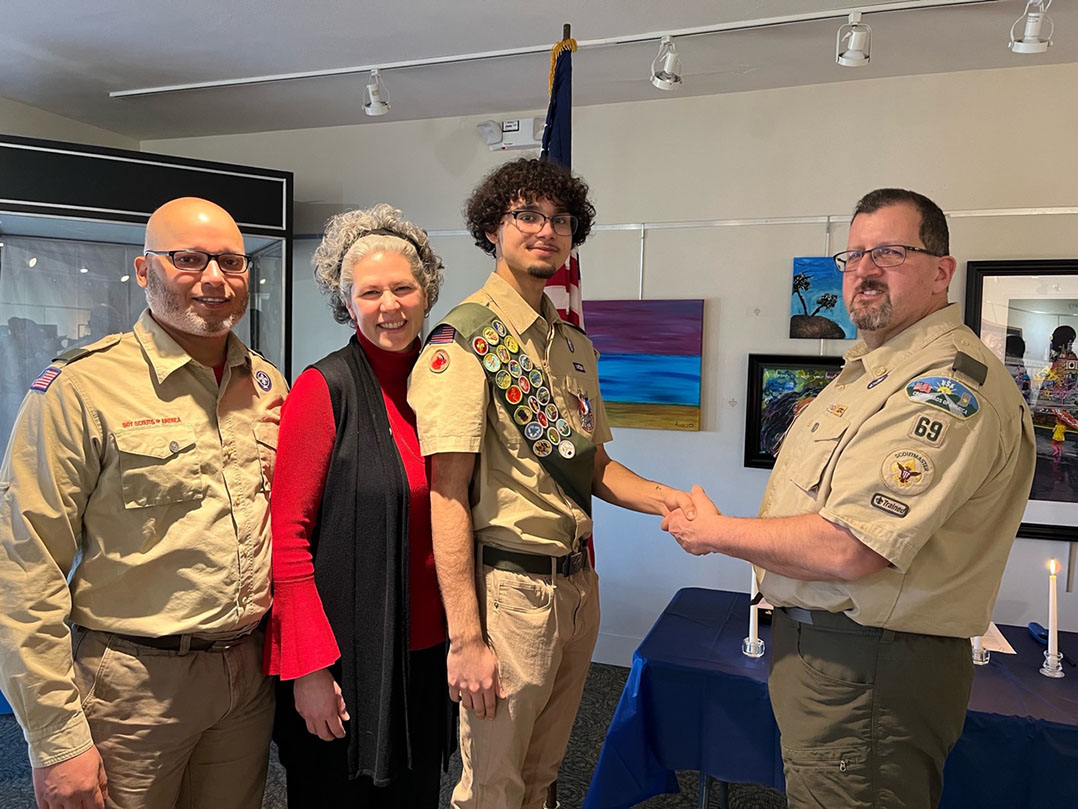 “I decided to do my project for the Holy Family Shelter because it is a place that my family and I have volunteered at for a while now and I thought it would be a good community to touch with my project,” Stuart said. “After talking with a representative from there about their needs, I decided on the garment racks and the boxes to help them take in, store and display clothing items. I spent about 100 hours planning, preparing for and executing my project.”

“I’m not sure exactly when I really decided I wanted to become an Eagle, but I remember people asking me if I was going for Eagle Scout and I would always say yes, thinking to myself, ‘Why else would I be in Boy Scouts?’” Stuart said. “It never was really a second thought to me that Eagle Scout was the ultimate goal.”