Although Hamilton County has made economic advances, Mike Thibideau knows it still faces one major challenge. 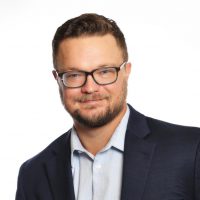 “As a community, we have a little mismatch that’s occurring between the people who are living here and a lot of the job openings we have,” said Thibideau, vice president of workforce strategy for the Hamilton County Economic Development Corp. “We have twice the number of college graduates as we do jobs for them. For those in economic development looking to bring business investment here, that provides a surefire opportunity to say we have talent that makes us capable of meeting talent needs and providing growth.

“On the flip side, we have four times the number of jobs for noncollege graduates as we do for people in those demographics in our community.”

Approximately 60 percent of Hamilton County residents have a least a college bachelor’s degree compared to about 27 percent of the state’s residents.

“The pandemic did have a disproportional impact on different parts of our populations,” Thibideau said at a March 23 Noblesville Chamber of Commerce presentation at Purgatory Golf Club.

Thibideau said trauma can be caused by low to moderate levels of chronic stress.

Thibideau said those customer service jobs have likely had more difficult interactions during the last year amid the COVID-19 pandemic.

“How many of you have seen your friends and employees be emotionally volatile before the pandemic?” Thibideau said. “The reason is chronic stress of the last two years has severely impacted our ability as individuals to manage the everyday stressors that we feel in life. My main challenge in thinking about your workforce is how are you equipping your supervisors to more effectively support people through the challenges that they face in life?”

Thibideau said Hamilton County had the third-most job openings of any community in the state with the 19th-lowest median wages for those jobs while being the most expensive community to live in.

“There is a bit of a disturbing trend in labor force participation across the country, but not as severe in Hamilton County,” said Joel Simon, vice president of workforce development for Emsi Burning Glass, a labor market analytics firm. “We are going to face a bit of a challenge in providing all the services we need and want with what amounts to a shrinking labor force.”

Simon said more baby boomers are starting to leave the workforce. Part of that generation started reaching retirement age around 2002 and keeps growing.

“We are about half a million workers shy of where we were (nationally) when the pandemic started,” Simon said. “We need 2.9 million more people working today than we have currently.”

Simon said additional workers have often come from immigration in the past.

“Fewer people are entering the country,” Simon said. “That decline was happening before the pandemic and it’s been exacerbated during the pandemic. We have to think about the people we have overseas and the disengaged people. Who do we have now (who) is not actively looking for work but could theoretically join the labor force?”

Simon said there are a lot of those 16- to 19-year-olds who are not joining the labor force.

“People often ask me how are people that have left the labor force affording to be able to continue their lifestyle,” Simon said.

Simon said a recent survey shows how those people are paying expenses.

“A great number of people are maxing out credit cards, taking loans or cashing in retirement accounts to be able to remain out of the workforce,” Simon said. “A small number are borrowing from family or friends, and an even smaller number are relying from payments they are getting from the government.”

Simon said people are starting to return to more normal behavior, so that might encourage some people to rejoin the workforce. Simon said employers have to be creative to engage people on the sidelines to come back to work.

“Once we do that, how do we make sure what we’re encouraging them to do has meaning and can trust their efforts will yield benefits to them as far as income stability and growth potential?” he said. “We’re encouraging people to be as transparent and aggressive as possible. We have to be more transparent about what the jobs are and salaries.”

Simon said some workers found the flexibility of working from home during the pandemic very appealing.

Simon said there might be a range of people who might be from untapped talent pools, such as those without a college degree or those with disabilities or those who have issues with the criminal justice system and people with spotty work histories.

Some ways to attract employees include shortening the hiring process as much as possible and getting workers trained quickly. One major way is to provide or assist in child care costs.

“People being able to afford to go back to work is impacted by their child care costs,” Simon said.