After playing rugby professionally for a United Kingdom club and coaching the Zambia national team, Jean-Jacques Oelofse’s passion for the sport has led him to Zionsville, where he now is an assistant coach for Zionsville Community High School’s rugby team.

Oelofse, 46, was born in South Africa and attended an all-boys school, Westville Boys High. He went on to play rugby professionally for the United Kingdom’s Leicester Tigers. The Tigers were the defending Heineken Champion Cup champions when he joined the club.

For Oelofse, the experience was a chance to play with and against the world’s top players.

“Rugby is one of the most popular sports in South Africa,” Oelofse said. “Every young guy starts playing rugby as soon as he can walk, so the first gift you get is a rugby ball. It’s played a huge part in my life. My father and my family have a strong history in rugby. I always had aspirations to play as high as I could. Then I had the opportunity to go across the U.K. to play for Leicester.”

Oelofse stopped playing professionally when he was 27, but he found other ways to stay involved in the sport.

After Oelofse’s playing days ended, he moved to Zambia and began coaching a local rugby team. It started playing against professional teams in Zambia and enjoyed some success. The rugby union in Zambia took notice and asked him to coach the country’s national team, which he did for one year before returning to South Africa.

For the past 10 years, Oelosfe has worked for Wood-Mizer, and two years ago he was tapped to be the company’s corporate director of emerging markets. The new position required him to work out of Indianapolis, so he and his family moved to Zionsville. 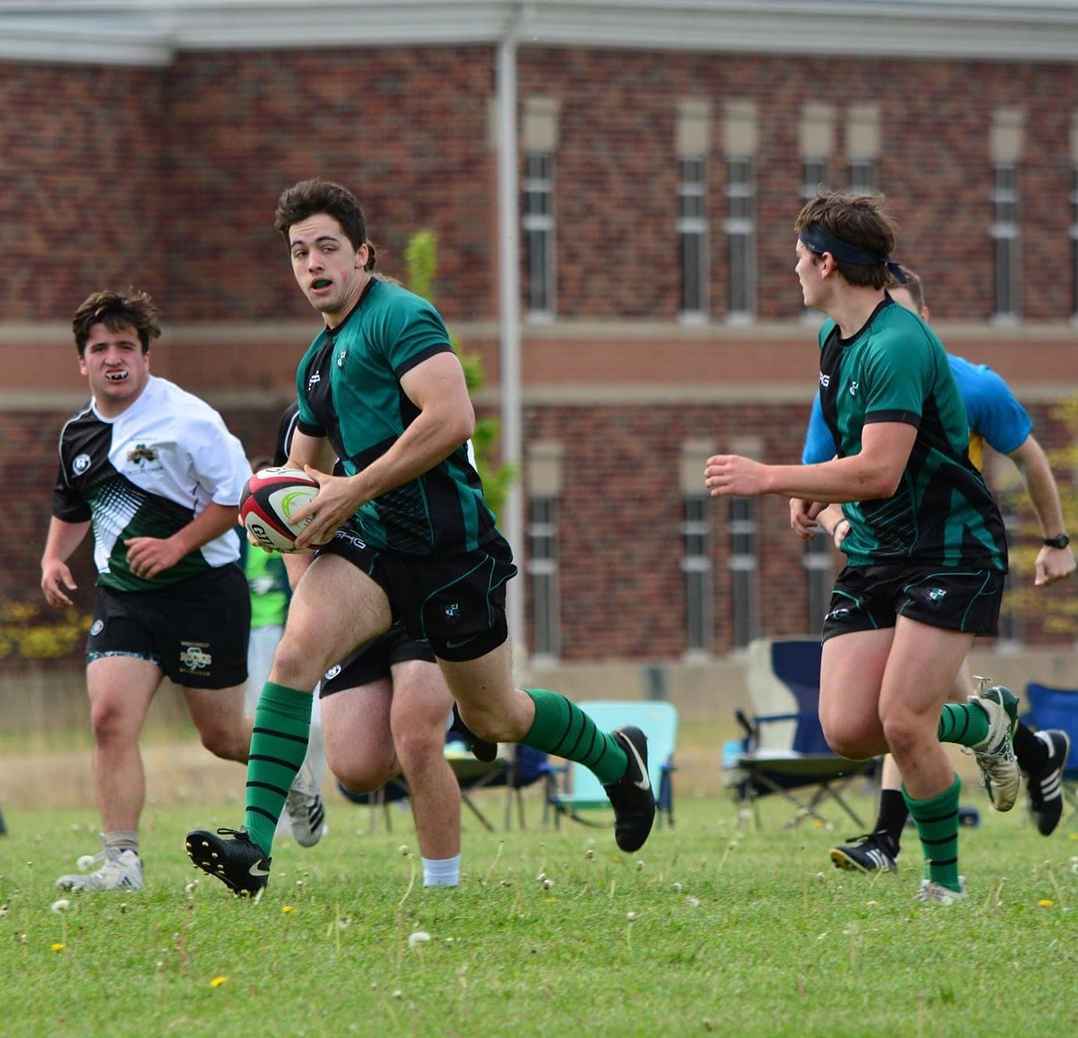 “I have a big passion for rugby and working with young men and women trying to (make sure) they have a safe environment to learn about rugby,” Oelosfe said. “So, I started to look around for a local club, and I reached out to Jeffrey Russell, who is the president of the (ZCHS) club, and he invited me over to come and see what is going on, and I started getting involved last year. Halfway through the season, I got involved with the rugby club, and we started having some success toward the end of last season against some of the bigger clubs, like Westfield.”

Russell, the team’s head coach, said Oelosfe was a “godsend.”

“J.J. has coached and managed rugby at a much higher level than I have ever been a part of, so when he reached out, I was definitely happy to bring him on board,” Russell said. “He does have a kind of mentality that is just so charismatic, and he is completely magnetic. These kids love him to death because he has so much energy and he (coaches) in a positive way, without yelling or berating them.”

Since joining the team and working with the students at ZCHS, Oelosfe’s love for the sport has been rekindled. Because of the players’ enthusiasm, he is confident the program will be competitive against the best teams in the state in the coming years.

“I’m really happy with the players and the coaches,” Oelosfe said. “There is a lot of energy and commitment from the people who are a part of the club.”

Oelosfe said rugby is like life in that “the more you put in, the more you’ll get out.” And being able to instill the same values he learned as a young man in a younger generation has brought him joy.

“We have a mantra at the club, which is ‘Embrace the (hard work),’” Oelosfe said. “And why we say that is because nothing comes easy. The harder you work, the better you will be. I think the thing that rugby teaches you is that hard work pays off. It teaches teamwork and endurance. These are all great attributes to learn through sport that will help you in life.”

Oelosfe credits rugby with teaching him some of the most important lessons he’s learned in life.

“I think a lot of my success comes down to the lessons I’ve learned from rugby — about respect, about working in a team and working hard, and recognizing you fail sometimes, but it’s about how you get up again,” he said. 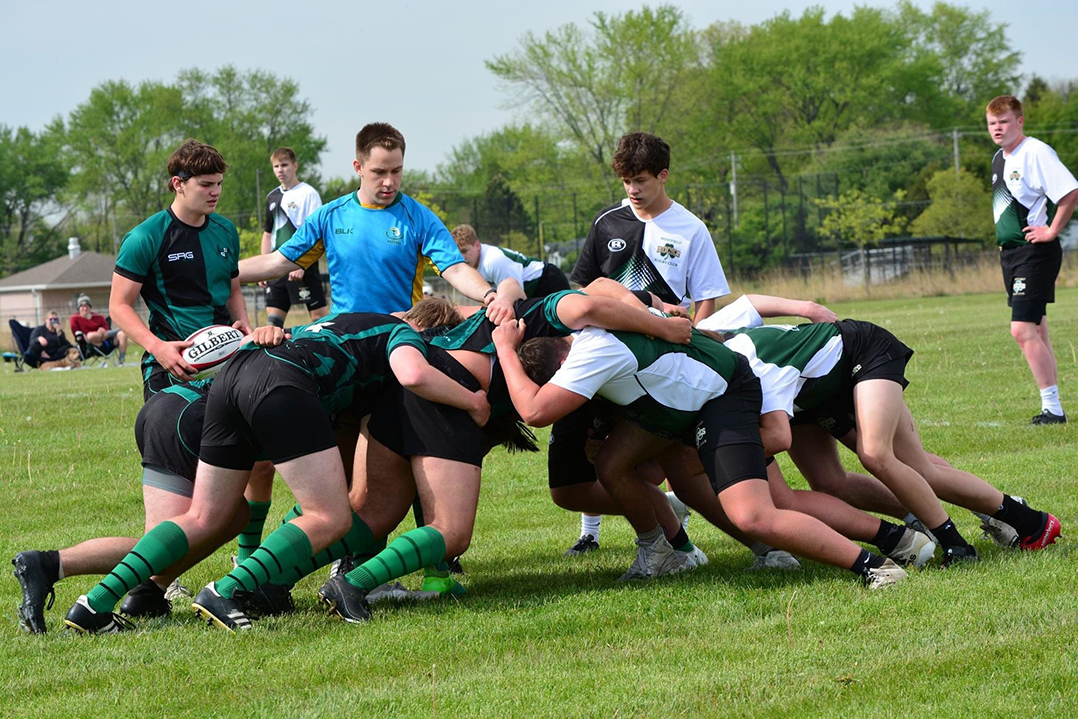 The Zionsville Community High School rugby team started small in 2003 under then-coach Larry Scheller, but it has since grown and aims to continue doing so, ZCHS rugby head coach Jeff Russell said.

The high school team has started preseason training ahead of its 2022 spring season and is actively recruiting new players to join the approximately 40 students currently on the roster.

Russell, who took over as the team’s head coach in 2020, started raising awareness for the club on social media, and prospective players and coaches began to reach out. Russell said Jean-Jacques Oelofse was one of those people.

“People have come out of the woodwork in the last 18 months and have offered to help,” Russell said. “And I’ve accepted that help gladly because running this program with just the three (coaches) we started out with is really hard to do.”

Russell and Oelofse are confident the team is positioned for success and say it will be inclusive, offering opportunities for all ZCHS students who’d like to play.

“Unlike in other sports, there is a position for any person — doesn’t matter how tall they are, how short they are (or) how fast they are,” Oelofse said. “There are multiple different positions within rugby, and everybody actually gets to play ball.”