No stranger to national recognition, Westfield High School varsity football coach Jake Gilbert is a recipient of the Power of Influence Award. He is one of only five high school coaches in the nation to receive the annual honor.

Gilbert, who has now won the award twice, said he was likely nominated this time because of his service background. He has been a Fellowship of Christian Athletes sponsor since 2012. He also created a freshman mentorship program at WHS and a life-ready initiative. He has hosted Special Olympic football clinics, raised money to tackle childhood cancer, led a mission trip to Haiti and helps support the Indiana Blood Center.

Gilber also serves on the Westfield City Council and is president of the Wellbeing Coalition of Westfield.

“I want to build a family in the kids here and long term have an impact during their high school, (and) really even before their high school years, and then continue that influence in their lives as they grow into adults,” Gilbert said. “That’s the goal, anyway.”

Gilbert said he plans to accomplish that goal by being present in students’ lives.

Gilbert said there are steps to being a good leader.

“I think people don’t care how much you know. They know how much you care,” he said. “The first thing is to care about the people you’re trying to lead. You need to lead yourself exceptionally well before you can lead others. I think it’s important you have some self-awareness and work on becoming the kind of person worthy of someone else following you.

“Practice what you preach. Whatever you think is important, you have to model that for your followers.”

Gilbert, who also serves as the WHS dean of wellness, wants positively influence all students, not only the ones he coaches.

“I try to distance some of the coach stuff here during the school day because I want to be seen as someone that can help any of the kids here,” he said. “I try to connect with kids that maybe need an extra person in the building. I just really want to be someone that’s a positive influence to anybody that needs one here in the school.”

“It’s training them to become a mentor as seniors for our freshman mentorship program,” Gilbert said.

When Gilbert was first hired as a teacher at WHS 11 years ago, he was a U.S. government teacher.

The Power of Influence Award was launched in 2019, so AFCA Director of Media Relations Vince Thompson said he’s unsure if repeat winners will be become common. Besides Gilbert, Blankenship and Brennan also were repeat winners this year. 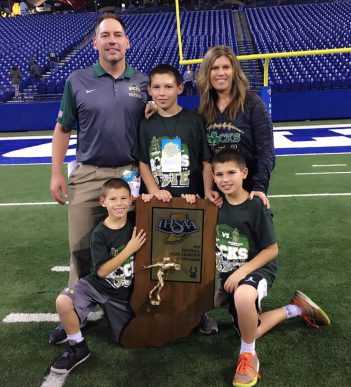 A press release from the AFCA states: “The award was created as a way for the AFCA and AFCF to honor deserving high school football coaches. Coaches who receive this award are recognized for their impact on their team, as well as the legacy they leave with the school and surrounding community. This award is not based on wins and losses; however, it should be noted that coaches of powerful influence have longevity and success. The winners are selected by members of the AFCF Board of Directors.”

Gilbert recently completed his 11th season as head coach at WHS. He led the Shamrocks to a 12-2 record and a second straight appearance in the IHSAA Class 6A state championship game. They lost to top-ranked traditional state power Center Grove in the final. 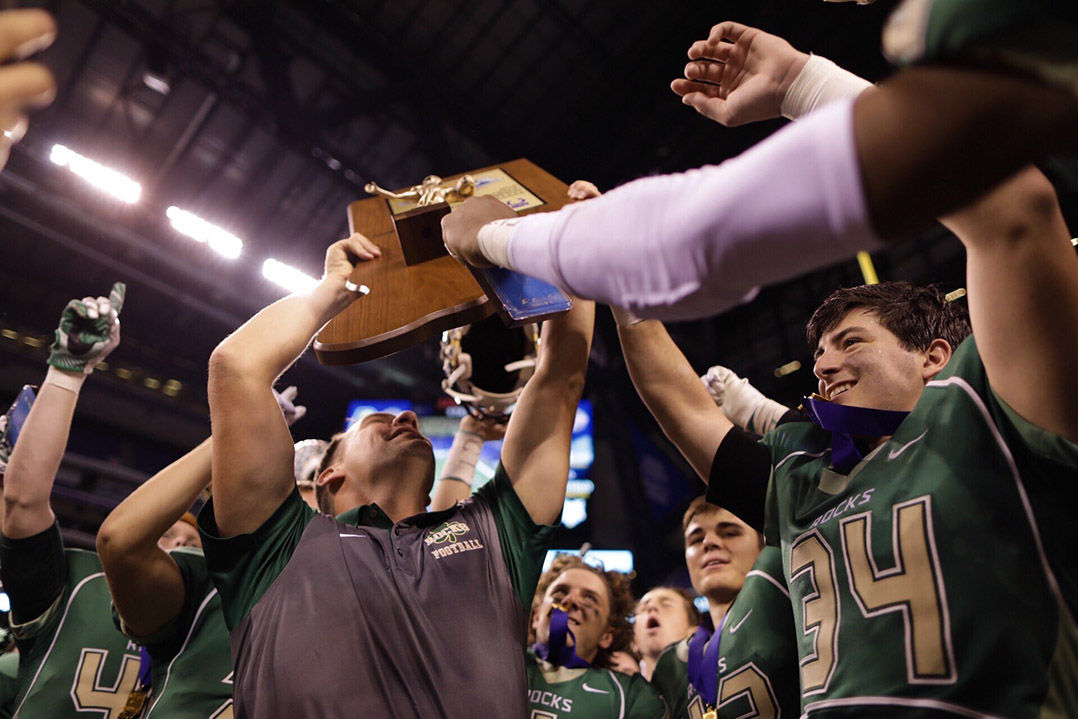 “Our job is to develop people”

Westfield High School varsity football coach Jake Gilbert is a leader in the Westfield community on and off the football field. But his success on the field and his approach to coaching have helped shape the community.

“We’re here wanting to be poured out like a drink offering to this community and serve in any way we can,” Gilbert said of the WHS football team. “That role has grown the longer we’ve been here. All the winning on top has just been gravy. That’s been fun, but we also wanted to just make sure we always keep the main thing the main thing. This is high school sports, not the NFL, so our job is to develop people.

“If along the way we can develop some champions on the field, too, that’s a good thing. But ultimately, we love Westfield, and we just want to serve it in any way we can.”