You are at:Home»Current in Carmel»Carmel Community»Carmel High School principal to retire after 2021-22 school year 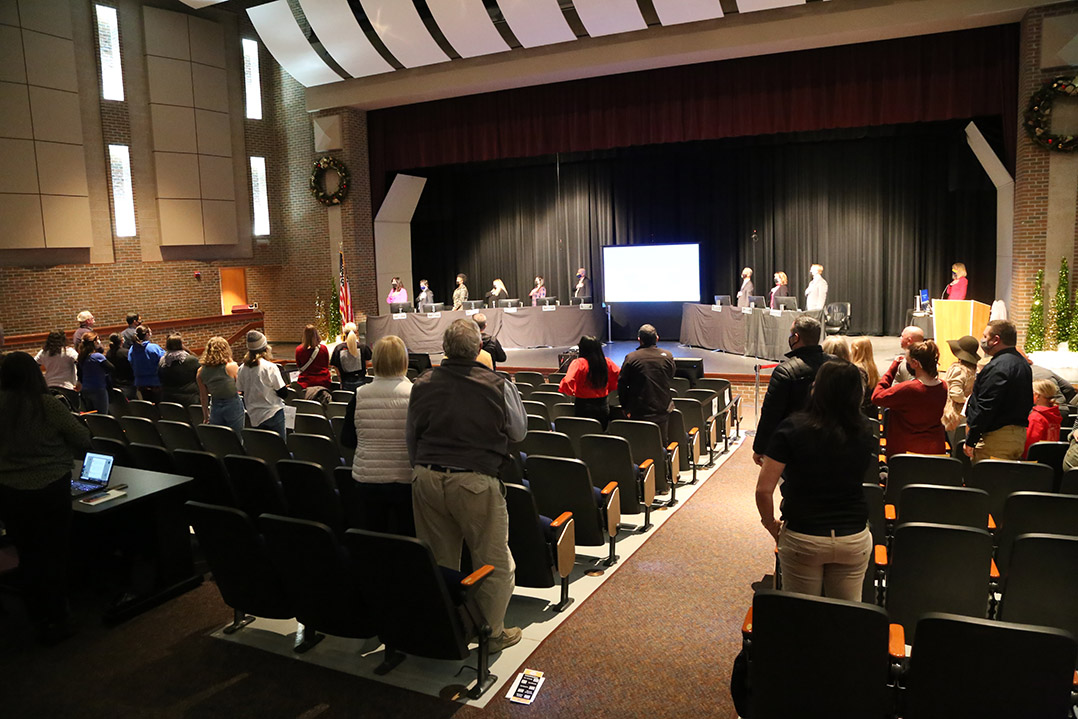 The Carmel school board and audience members recite the Pledge of Allegiance at the beginning of the Dec. 13 board meeting at Clay Middle School. The meeting, which is typically held at the Educational Services Center, was moved to accommodate a potentially larger-than-normal crowd since it was the first meeting to be open to the public since September. (Photo by Ann Marie Shambaugh)

The Carmel Clay Schools board of trustees met Dec. 13 at Clay Middle School. It was the first meeting to allow public attendance since the September meeting, when several members of the audience consistently shouted over school board members as they attempted to conduct business. There were no disruptions from the audience at this meeting, which did not provide opportunity for public comment. 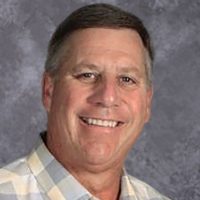 What happened: Assistant Supt. Thomas Oestreich announced that CHS Principal Tom Harmas will retire at the end of the school year.

What it means: The school board approved the retirement as part of a vote on personnel matters. Harmas has been the CHS principal for four years and has worked for CCS for nearly 20 years. His career in education spans 40 years.

What’s next: CCS will post the open position toward the end of January with the goal of naming a new principal by early April.

What happened: The board approved a management agreement with the Carmel Dads’ Club.

What it means: The updated agreement directs $35,000 from the club to individual campuses where the club uses gymnasiums and other facilities. Previously, some of the payments went to the district as a whole. The change is intended to help offset the reduced value of an exclusive beverage agreement with Pepsi, which is providing approximately $16,500 less revenue to schools than previous agreements. The overall amount from the club is reduced from previous years because the club recently opened its own fieldhouse building.

What’s next: The agreement runs through 2041.

What happened: The board approved a new policy regarding audio, video and digital recordings on school property.

What it means: The policy prohibits recordings made in or of classrooms or other school property without prior approval from administrators. It prohibits video recordings of parent meetings but allows for audio recordings. It is not intended to prohibit recording of school board meetings, extracurricular events or student programs. 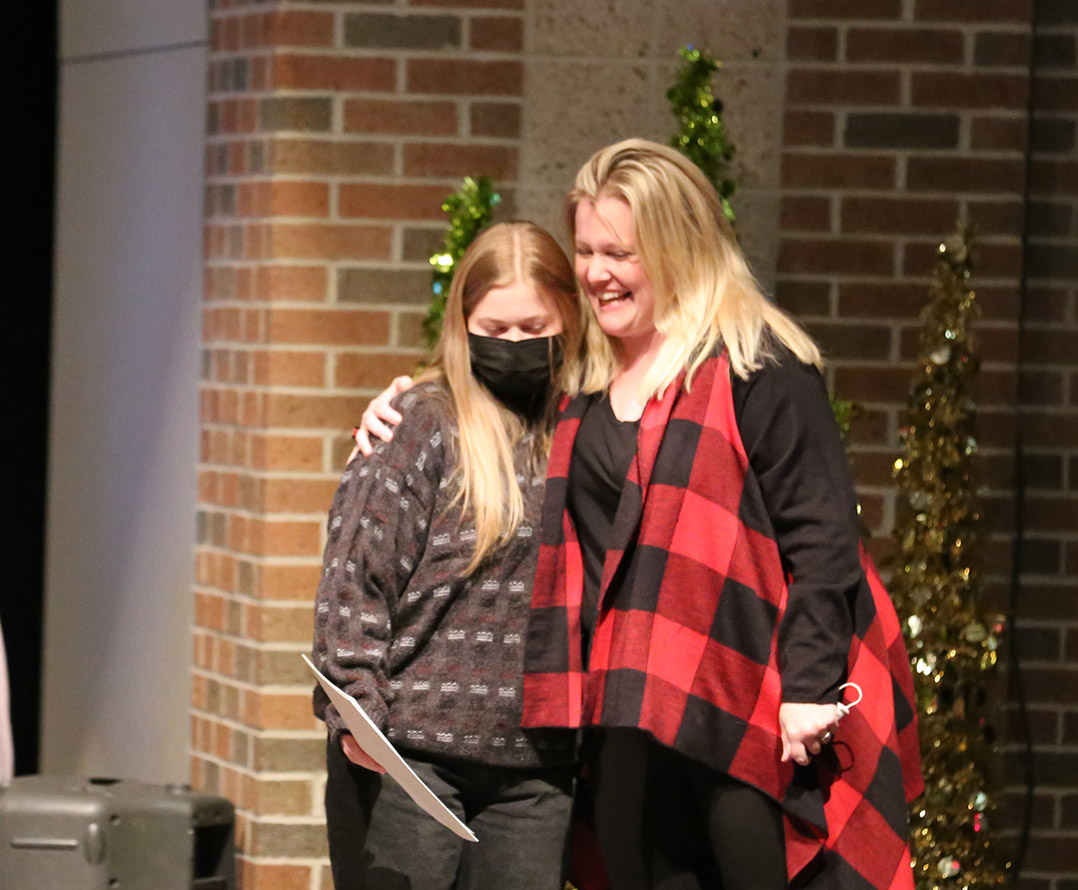 What happened: The board recognized an instructional assistant and student recently involved in saving lives in two separate incidents.

What it means: Ryan Berry, an instructional assistant at Towne Meadow Elementary, recently successfully performed the Heimlich maneuver on one of his students in the Life Skills program who was choking on a sausage. Carly Hahn, a student in Carmel High school’s EMT program, recently helped give CPR to a patient while on a ride-along with the Muncie Fire Dept. The patient survived and is recovering.

What it means: A staffing shortage in school cafeterias has led to extra work for the managers. The managers at Carmel and Clay Center received larger stipends because they helped open new buildings this year, which included setting up new kitchens. The cafeteria managers have also been challenged this year by supply chain issues leading to food shortages and last-minute menu changes.