As a practicing physician for adults and children, Dr. Ryan Deweese has cared for patients at some of the worst moments in their lives — something that has been difficult at times for him to emotionally process. But after spending four years writing his newly published young adult novel about a doctor who befriends an ailing girl, he feels he has found a way to do just that, and he hopes the book can help others do the same.

Deweese, 42, practices family medicine at IU Health Arnett Hospital in Lafayette. During his first several years at the hospital, he treated children and adults. But because of the hospital’s expanded pediatric program, he primarily works with adults now. During those first years, he saw the toll diseases and illnesses can take on individuals and their families, especially if children are the ones afflicted.

A Zionsville resident, Deweese enjoys reading and writing in his spare time, and for the last four years he has channeled his passion into something to help others, and himself, cope with the emotional trauma of pediatric illnesses.

Deweese authored “Where Rainbows Never Die,” a young adult novel about a doctor who befriends a 9-year-old cancer patient and a treasure hunt for a magical Inkan bracelet. The 304-page book was published Oct. 25 by Lollipop Books. It can be purchased on Amazon at amzn.to/3dj2ENv or at other book carriers.

“The project started as something inside me that I had to get out and express on paper,” Deweese said. “I see everyone at their worst. I see everyone when they’ve just lost a loved one, or they’re hanging on to their life barely, or their loved one is hanging on to their life barely. The book, I think, is a comedy that balances out tragedy, and, in the end, you still end up with hope.”

Deweese thought that if he could share his experiences in a fictional narrative, something good would come of it and he might instill hope in people in difficult situations. To ensure the book would make the impact he intended, he dedicated half of all proceeds to the Caroline Symmes Children’s Cancer Endowment, which solicits donations to fund pediatric cancer research at Riley Hospital for Children.

The Caroline Symmes Children’s Cancer Endowment was started by Carmel residents Libby and David Symmes in remembrance of their daughter Caroline Symmes, who died of cancer shortly after her fifth birthday. According to the endowment, less than 5 percent of the federal government’s total yearly funding for cancer research is dedicated to childhood cancers. Since its inception, the endowment has raised more than $3.3 million to fund research to create better drugs and outcomes for critically ill children.

Deweese met Libby and David more than 10 years ago, during one of the endowment’s first annual golf fundraisers, called the Caroline Classic. After learning more about the family’s story, he was so moved by their efforts that he dedicated “Where Rainbows Never Die” to Caroline.

Libby, the endowment’s executive director, said she was shocked by the dedication.

“As a parent, to have someone say they were inspired by our child and to dedicate a book to our child, I don’t know. The word is ‘humbling,’” Libby said. “He believes in our mission and supports our mission. It’s incredibly humbling and a great honor.”

Deweese’s book has also had an impact on someone else close to him.

“What’s really cool is my daughter, (Alexandra, 11) she read the book and just loved it,” Deweese said. “She went upstairs and counted her allowance and decided she was going to donate half of her money to a mission. She started writing, and she wrote a 38-page book about her and her cousins going on this crazy adventure. She’s going to sell it and donate half (of the proceeds).”

Ultimately, Deweese hopes the book raises awareness for the endowment.

“They want that to be Caroline’s legacy, that her loss would raise money for cancer research, with the goal being to have a cure for every kid with cancer. But it would all be worth it even for one,” Deweese said. 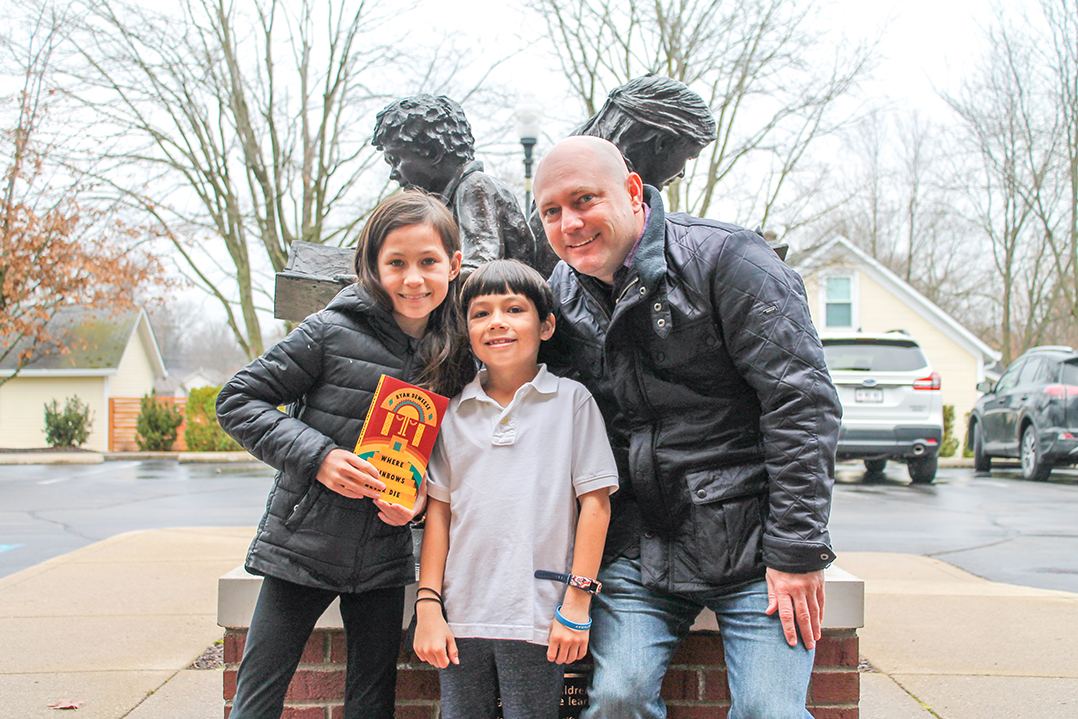 Caroline Symmes was diagnosed with Wilms tumor disease, a type of kidney cancer, in 2008, a month before her fourth birthday. Even though Wilms tumor disease has a high cure rate, Caroline’s disease was very aggressive. Through the experience, her parents, Libby and David Symmes, learned each child’s cancer is unique, meaning cure rates might not be indicative of an individual child’s outcome. 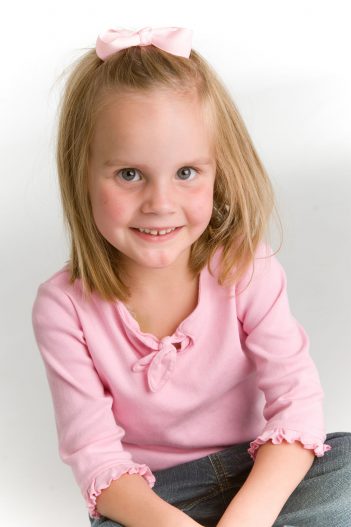 Caroline Symmes died of cancer in 2009, inspiring her parents to found an endowment in her name. (Photo courtesy of the Caroline Symmes Children’s Cancer Endowment)

Libby and David also learned of precision genomics. According to IU Health, precision genomic testing looks at the genetic structure of a person’s tumor to determine mutations that can be targeted with therapy. The discoveries can lead to new treatment recommendations that might effectively treat the person’s cancer on a personalized level.

After Caroline’s death in 2009, they founded the Caroline Symmes Children’s Cancer Endowment.

“The hope is always better outcomes for children,” Libby said. “We are very fortunate to have Riley Hospital in our backyard. We have a wonderful research team we support. We fund research for all childhood cancers. We also fund precision genomics. It’s now catching on across the country, but Riley was one of the first hospitals to fund this type of research, so we are very proud that we have been able to fund that type of research.”

Learn more about the endowment at carolinesymmes.org.