You are at:Home»Current in Fishers»Fishers Cover Stories»State of the City: Fadness encourages residents to practice grace; details how next 24 months will transform Fishers

Fishers Mayor Scott Fadness took an unorthodox approach to delivering his State of the City address Nov. 3 at FORUM Events Center in Fishers. 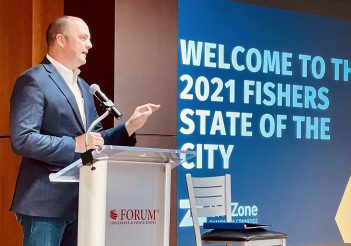 “The key to success for any city, state, or country, for that matter, can be broken down into three main categories: people, place and economics,” Fadness said. “Unfortunately, place and economics will only create a city, not a community. Our people are what makes us a community, and our people are struggling. Not in the logistical sense. They are not struggling from financial matters or even from physical ailments.

Fadness said his wife, Aunna, recently observed on Facebook that most posts were angry in nature, specifically with regard to politics, social issues and national narratives that had “little to nothing to do” with Fishers.

“The vocabulary of our people has changed. We speak more and more in broad generalities about ‘us’ and ‘them.’ The terms ‘friend’ and ‘neighbor’ have been replaced with Republican or Democrat, Black or white, rich or poor,” Fadness said. “Can we overcome our differences? Can we once again find our commonalties? And what will be required of us to do so? In my opinion, we will all need to exercise the following three qualities: grace, curiosity and a sense of humor.”

Fadness encouraged residents to not always take themselves seriously and to laugh from time to time.

“We are a remarkable city, with an unbelievable amount of potential. The table is set,” Fadness said. “In the coming 24 to 36 months, our city will experience a remarkable transformation. My hope is that through the exercise of a little grace, curiosity and humor, we will see a similar transformation in the way in which we treat each other.”

In terms of economics and place, Fadness said the city was doing well. Despite the COVID-19 pandemic, the city welcomed 3,000 new jobs with annual average salaries of $70,000 a year. It also saw $570 million in investment.

“Home values have reached all-time highs, and our tax rate was neutral last year, and we just approved a decreased tax rate for the upcoming 2022 fiscal year,” Fadness said. “The city continues to have a AAA bond rating and our cash reserves actually grew during this difficult time. In short, when it comes to economics, it would be difficult to find another time where the city is doing as well as it currently is. It’s this strong financial and economic capacity that is allowing our city to make historic investments in the second leg of our stool, place.

“It’s easy to get caught up in the day to day and not take a moment to truly comprehend the amount of quality-of-life investments that are currently contemplated, under design or being constructed, at the moment.” 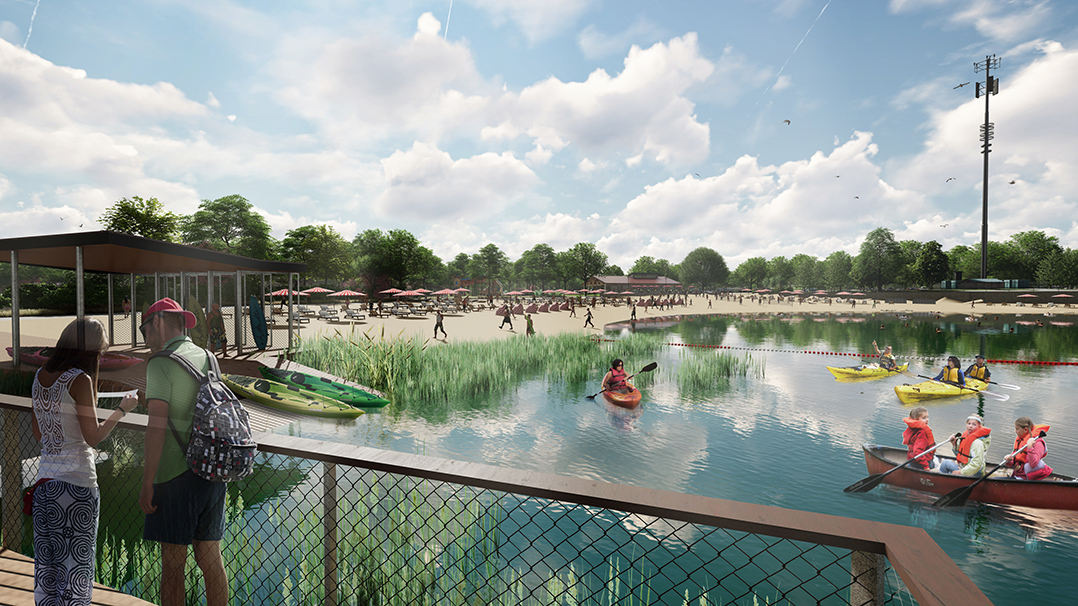 Mayor Scott Fadness spoke on several developments under construction, such as Geist Waterfront Park, which will provide public access to Geist Reservoir. (Rendering courtesy of the City of Fishers)

Fadness listed several projects that were either nearing completion, were under design or being constructed within the city, such as the Ind. 37 thoroughfare, Geist Waterfront Park, the Nickel Plate Trail, acquiring an additional 100 acres of park land along the White River at 96th Street and Allisonville Road, a new Fishers City Hall with a community art center, a community center with aquatic facilities and construction of Geist Greenway.

“This, along with quality development from the private sector over the next 24 months, will lead to nothing short of a transformation of our city,” Fadness said. “These investments will reaffirm and solidify our community as a world-class place to call home.” 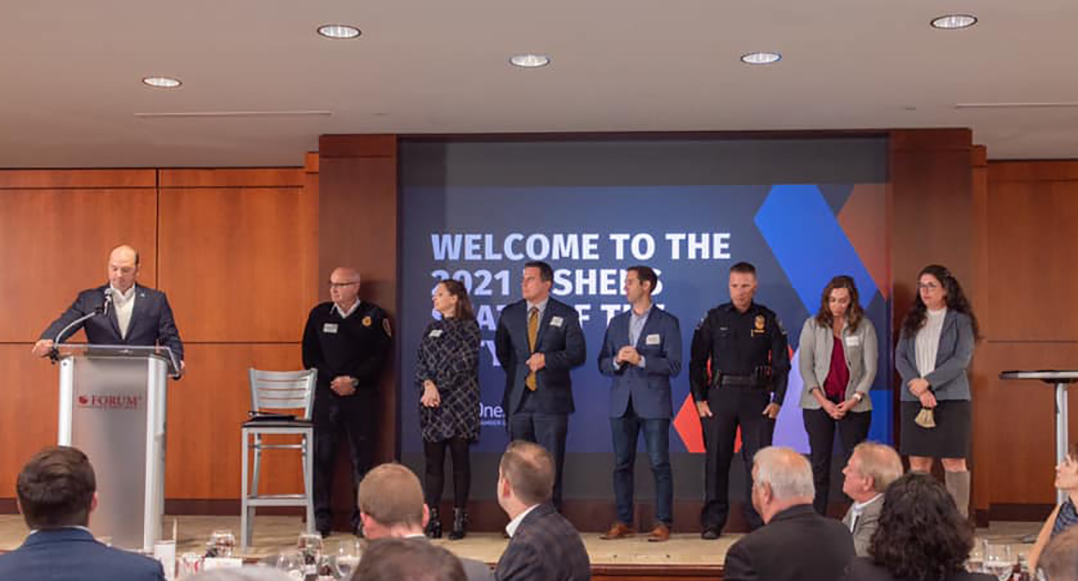 At the beginning of his State of the City address, Mayor Scott Fadness surprised his staff by bringing several up on the stage.