You are at:Home»Current in Zionsville»Zionsville Community»Zionsville father dies in crash, community responds with support 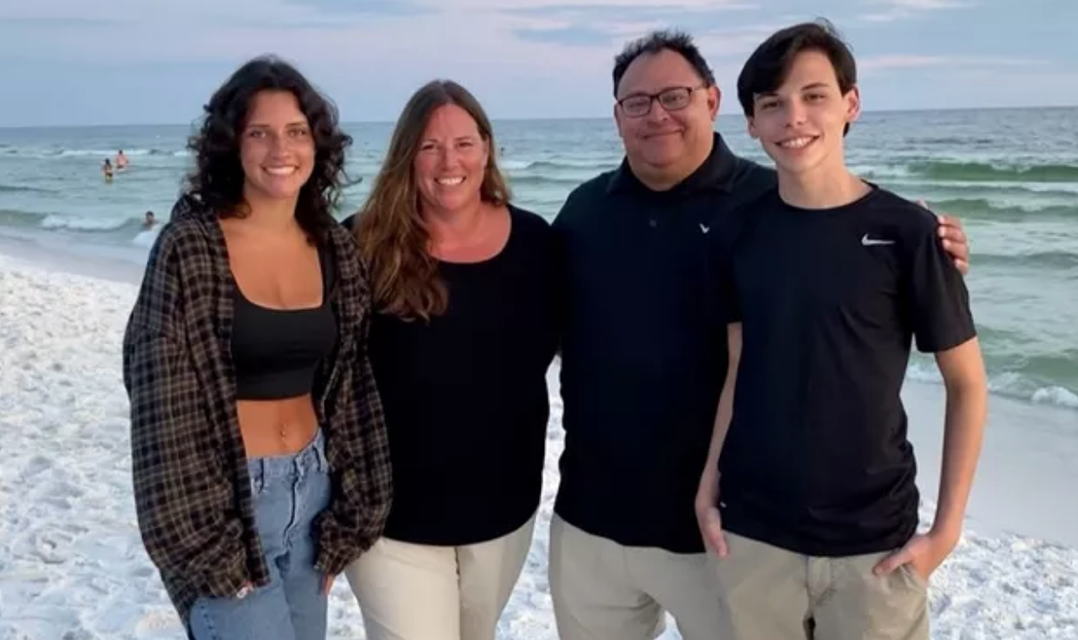 A Zionsville family’s vehicle was struck nearly head-on Oct. 16 in Florida, killing the father and injuring the mother and their two teenage children. Family friends have organized a GoFundMe account, which has raised tens of thousands of dollars to support the family as they recover from their injuries.

During Zionsville Community Schools’ fall break, the Lizamas were driving home from Destin, Fla., when a vehicle crossed the center lane, hitting the family’s vehicle nearly head on. The driver’s side absorbed most of the impact, according to family friend Angela Thomas. Dominic Lizama, who was driving the family’s vehicle, died of injuries resulting from the crash. His wife, Tina, and their two children, Grace and Austin, were injured. Grace and Austin, were taken by medical helicopter to a pediatric hospital. Tina was taken to a different hospital nearby, according to Thomas, who has been in contact with Tina as she and her children recover in Florida and await medical clearance to travel back to Indiana.

Tina suffered a cracked sternum, and Austin has cracked vertebrae, among other injuries. Tina and Austin have been discharged, Thomas said, but Grace remains in the ICU with broken ribs, kidney lacerations and heavy damage to her spleen, among other injuries. Grace is a senior at Zionsville Community High School senior. Austin is a freshman at ZCHS.

To help the family financially, Thomas and her husband, Joe, organized a GoFundMe fundraiser Oct. 20 to collect donations. Joe had worked with Dominic since 2007, and the families had become close the past 14 years, Thomas said.

“(Dominic) was just the brightest light,” Thomas said. “He had the most infectious smile and laugh. It was almost a bit of a chuckle. It was happy, lighthearted. He was so positive. He lit up a room. He was always positive. He would do anything to help anyone.”

“The kids were super, super close with him. It is going to (have) a tremendous impact on their family.”

Funeral arrangements have not been announced as of Oct. 21, but the family plans to celebrate Dominic’s life, Thomas said. Funds raised by the fundraiser will go toward the family’s medical needs, transportation back to Indiana and funeral expenses, among other needs, Thomas said.

“I knew this community would come together in a big way, but I don’t think any of us could have imagined how big it would be,” Thomas said. “I don’t think any of us could imagine it would be this big. I know that we are in a great rural community, and we support each other. We are surrounded by wonderful, caring people, and, of course, the Lizamas are all amazing, wonderful people as well.