Six-year-old Londyn Hoffman is a familiar sight on the sidelines of Westfield Middle School football games. Not only does she cheer on big brother Lincoln, but the team also supports Londyn in her battle against a rare cancer.

“We see her at games, and she is smiling with complete joy, and we look up at the stands and chant, ‘We love Londyn,’ and we always greet her after our warm-ups,” said Zach Zimmer, head coach of the seventh-grade team. “We get together on the field and say, ‘It’s Londyn time,’ and run over to the sideline, and sometimes we beat our pads together or wave.”

Londyn, who has a rare genetic mutation, was diagnosed in April 2021 with rhabdomyosarcoma, a rare, fast-growing tumor behind her eye. Approximately 500 children are diagnosed with it every year in the United States.

“She had a runny nose and we noticed she was falling and not able to hold her sippy cup and wasn’t smiling, and we ended up in the PICU at Riley,” said Jenna Hoffman, Londyn’s mother. “It had attacked her respiratory system, too, and she ended up on a ventilator.”

Londyn spent 25 days on the ventilator.  Her cancer treatment was temporarily halted but resumed when she began rehab. 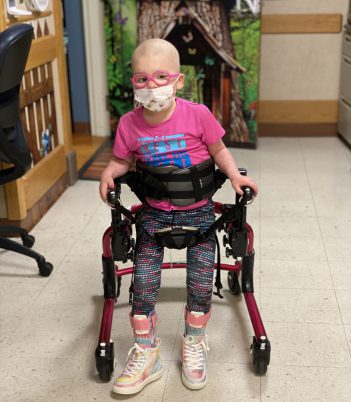 Londyn Hoffman has to use a gait trainer because her Guillain-Barre syndrome.

“They got her into a gait trainer and were figuring out how to move her legs, but to this day she cannot move her legs without us moving the gait trainer,” Jenna said. “She’s not paralyzed, but they said it can take a long time to regain strength.”

It is Londyn’s strength and positivity as she faces hurdle after hurdle that so many admire.

“The cool thing about Londyn and why so many have fallen in love with her is that she is always smiling and happy, except when she was really sick with GBS,” Jenna said. “I think even as parents when you see her happy, how the heck can we sit there and cry? So many times, she is leading us through it emotionally.”

“It’s not easy to give chemo to any child knowing you are giving them something that makes them sick, but her spirit just lightens up nurses and doctors here,” Ferguson said. “Having a positive attitude seems to help (children) cope and deal with being treated for cancer.”

Londyn’s type of cancer has a cure rate of between 80 to 90 percent, with no recurrences, according to Ferguson.

As Lyndon continues her battle, the community also is uniting to help support her brother, Lincoln.

“We wanted to do something for Lincoln because we knew he was carrying a lot on his mind. He told me she loved unicorns, and so we did a pink decal that says, ‘Play for Londyn’ with a unicorn,” Zimmer said. “We had Lincoln stand up in front of the team to talk to them about Londyn and give out the stickers to all the players, and they huddled around him and hugged him. That is why she is teaching these boys more than we can.

And, Jenna said, Londyn would tell others not to give up, just as she hasn’t.

“Her big brother’s mantra this season has been, ‘We play for those who can’t,’ and I think Londyn would want people to take advantage of their strengths and do something with it on and off the field,” she said. “She just has such joy watching people do what they love, and I think if she could be out there, she would be.” 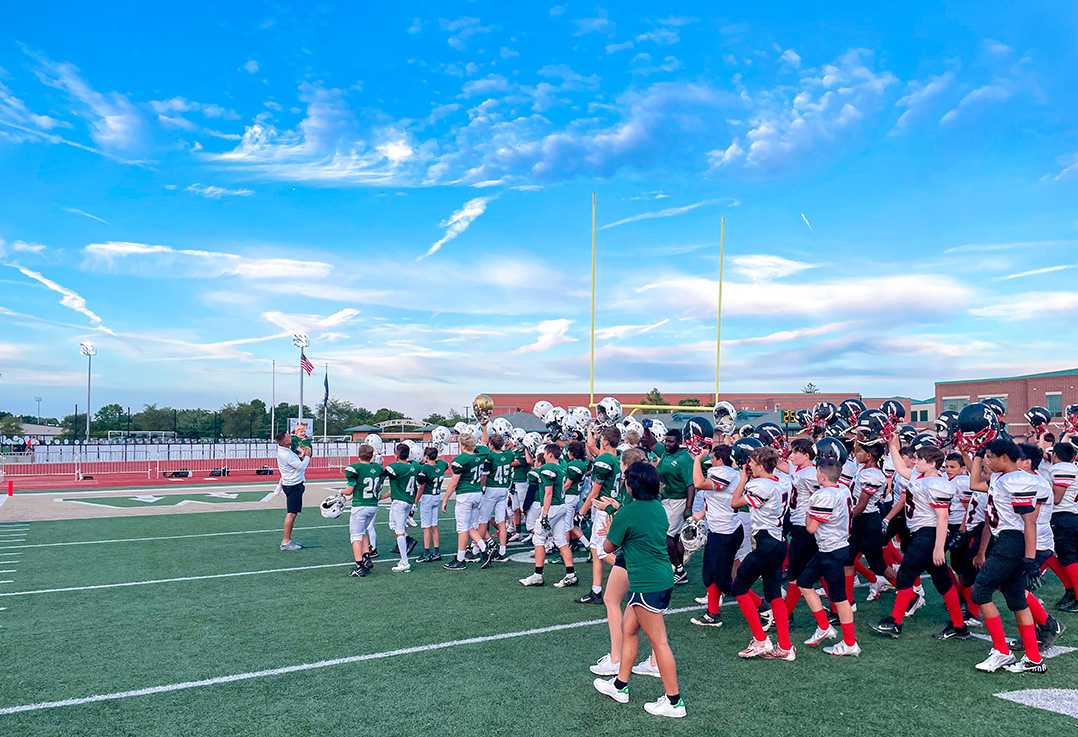 Other teams have shown their support by sporting the “Play for Londyn” decal as well, including the Fishers Middle School team at a Sept. 2 game.

“It was a complete class and a powerful moment,” Westfield Middle School seventh-grade football coach Zach Zimmer said. “They played against each other, and then as one group they went to greet her, and we were reminded in that moment there was no winner or loser because, as it says on the helmets, we are playing for Londyn as a team.”