You are at:Home»Current in Westfield»Westfield Community»Westfield council hears 2022 budget introduction

Almost all the departments saw a budget increase, largely because of departments requesting funds for capital outlays, like new police cars or fire trucks, that were previously funded through general obligation bonds. More than $8 million of the new budget costs are for items typically funded through GO Bonds. 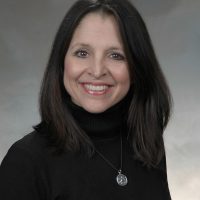 “This council has opposed the strategy of short-term General Obligation Bonds paid for by property taxes,” Westfield Communications Director Vicki Duncan Gardner stated. “Capital outlays are assets and projects critical to the operations of the city and must be paid for by a source. GO Bond is/was a sustainable and predictable strategy that optimizes the assessed value of the community for services to the community.”

Council President Mike Johns said in the past few years, the council has tried to get away from GO bonds and budget enough for items so that it doesn’t have to seek a bond every year.

“If we need to get a loan for some reason, we need to get a loan. But to get a new GO bond, a new loan every year, it just means we are living outside the means of our budget,” Johns said. “What I would like to do is a zero-based budget. You show what it is last year and come in and what do you need for this year.”

Johns said the budget presentation was frustrating because in the past, he said the council has received a sustainability report with the budget presentation. The sustainability report tells the council what revenue is coming in, what the city has in debt and the project revenue for the next 10 years with the current debt load.

“It shows if we are paying off debt or is the debt increasing,” Johns said.

However, the sustainability report won’t be presented for another two weeks, which is either the day before or the day of the public hearing for the budget.

“That’s unacceptable,” Johns said. “If you’re going to give it to me in two weeks, that’s the day before the public hearing or the day of. I’m not going to have time to review that and see what’s happening. It’s not a smart thing to do. It’s an important piece to the budget process.”

However, Duncan Gardner said the sustainability report historically has been presented in October and not at the budget’s introduction.

“The sustainability report is not part of the budget introduction presentation,” Duncan Gardner said. “It is a stand-alone document continually updated. Council members should have a working knowledge of the most recent version of this important document. The next update will come when we get new information from the state, probably in October.”

The city is over budget in certain categories for 2021, so Johns said he wants to look closely at the 2022 budget.

“We want to make sure next year’s budget is well-thought out and well planned so we don’t have repeat next year,” Johns said.

One of the budget items Johns said the council is looking into is a proposed 4 percent salary increase in some departments.

“We really need to look at each department by department. It would appear that they’re asking for significant increases,” Johns said.

Johns said when the sustainability report is published, if the projected revenue doesn’t match the projected debt load, then the 2022 budget will be edited.

“Our responsibility as a city council is not to spend more money than we have,” Johns said.

What follows is a breakdown of what some departments are asking for:

The proposed 2022 budget for the Westfield Fire Dept. is more than $15.7 million, which is approximately $5 million more than what it asked for in 2021. Included in the proposal is six new firefighters, one fire inspector and one behavioral health specialist. The capital outlays are nearly $3 million and include an aerial apparatus, a new ambulance and fire and EMS equipment.

The Westfield Police Dept. proposed a budget of just over $11 million for 2022, which is more than $2 million higher than the 2021 budget. The budget includes a 4 percent salary increase and three new police officers. The capital outlays are nearly $700,000 for 13 new police vehicles and the associated equipment and outfitting of those vehicles.

The Westfield Public Works Dept. saw the highest budget increase, jumping from a $3.4 million budget in 2021 to a proposed $8.9 million budget for 2022. Public Works Director Jeremy Lollar said the increase is mostly the result of Grand Junction Plaza care. Approximately $4.6 million of the budget is for capital outlays typically covered by GO bonds. Other budget requests include three full-time positions, including a full-time Grand Junction Plaza coordinator, and four seasonal positions. Grand Junction Plaza has an operating budget of $600,000, which includes lawn care, maintenance, snow removal, staffing and trash collection.

Westfield Welcome’s 2022 budget is proposed for more than $937,000. The 2021 budget was a little more than $510,000. The increase is largely because of five new events planned for Grand Junction Plaza, such as the Grand Junction Winter Funktion, Lantern Days, Cuisine. Connect. Culture, a fall festival and Halloween parade and Westfield in Lights.

For the full budget presentation, including presentations from the community development department, guest services, human resources and more, visit westfield.in.gov.