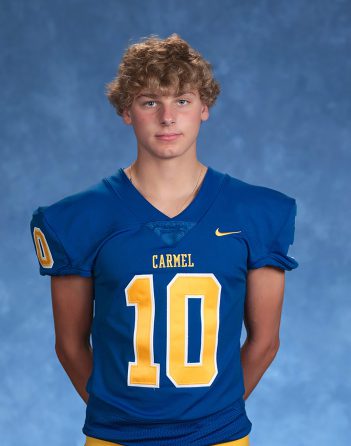 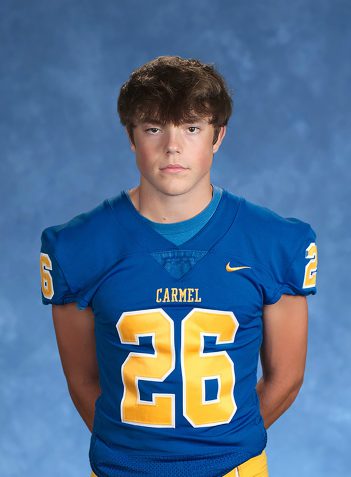 Carmel High School junior teammates Jack Kazmierczak and Reece Bellin grew up down the street from each other.

Through the Carmel Dads’ Club recreation league, Carmel Pups, Carmel Middle School and now high school, Kazmierczak has always been the quarterback with Bellin one of his favorite receiving targets.

So, with Carmel trailing visiting Detroit King 40-36 with three seconds left Aug. 27, the only hope for victory was a Hail Mary, and Kazmierczak looked for Bellin.

“I saw Reece running super-fast down the middle. I knew he was going to make a play on it,” Kazmierczak said. “Luckily, the (offensive) line gave me enough time to get the ball off. I saw the ball spinning in the air and saw Reece come out of nowhere and grab the ball.”

The 35-yard touchdown pass produced an improbable 42-40 victory, setting off a wild celebration. Since then, the video of the pass has received constant exposure on social media.

“I’ve watched it countless times,” Kazmierczak said. “I had to keep looking at it because it was so cool to experience that moment.”

The 6-foot-1 Bellin said the play was set up so that if he didn’t catch the ball, someone would tip it in the general area where he was.

“It was a great memory that will last forever,” Bellin said. “I knew Jack put it in a good spot, and I just jumped and caught it. I’ve watched it a couple of times. It’s cool to see how my team and the crowd reacts.”

Kazmierczak came in with four minutes left in the game when starting quarterback Zach Osborne was injured.

“The last one minute of the game was a whirlwind,” Greyhounds coach John Hebert said. “Our team did an amazing job of staying engaged when it seemed it might be over with 8.8 (seconds) left. Jack Kazmierczak proved himself to his teammates that night. He was ready when the team needed him to step up. I do think his personality helps him. He doesn’t talk excessively, so when does, it is well received. His confidence should be pretty high after that game.”

In addition to a late comeback against Detroit King, Bellin said rallying from 17 points down to beat host Louisville Trinity 49-38 Aug. 20 was a confidence boost.

Next up for the Greyhounds is a matchup at home against Center Grove at 7 p.m. Sept. 3. Both teams are undefeated.