When Lawrence City Councilor Maria Rusomaroff kept encountering butterflies and organizations that wanted to attract them, she knew she was onto something.

This spring, Rusomaroff learned of three separate groups around Lawrence that were creating and promoting pollinator gardens, which feature flowers and grasses that attract bees and butterflies, particularly monarch butterflies. At the same time, she was frequently noticing monarch butterflies and she kept finding herself in conversation about pollinators.

“Same thing, same time, three different groups,” Rusomaroff said. “I just pulled everyone together and said, ‘Let’s just do this together as one.’” 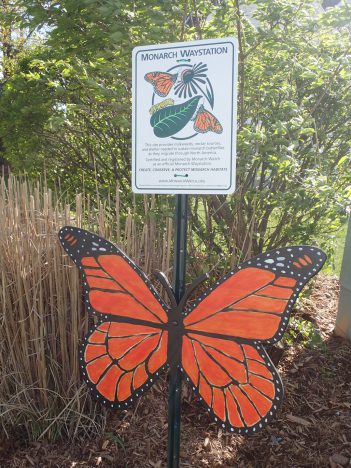 An example of what some of the signage might look like in Lawrence parks if the Lawrence Butterfly Project is approved. (Photo courtesy of Patricia Schuh)

Now, the groups are working together, and the Lawrence Butterfly Project is nearing reality. With the funding approved by the Lawrence Parks and Recreation Board this month, the initiative will go before the Lawrence Common Council on Sept. 6 seeking the full $15,000 needed to complete the project. Rusomaroff is confident the funding will be approved.

If approved, the Lawrence Butterfly Project will bring pollinator gardens to four parks — Richardt, Lee, Jenn and Veterans Memorial — in the project’s first phase, set for this fall. It’s expected to expand to eventually all Lawrence parks.

Pollinator gardens will occupy 5 to 7 acres between the four parks. When the plants and flowers are planted by late November, they will take a couple seasons to fully bloom, which is expected by the spring of 2023.

At that point, the butterflies will begin pollinating in what Liz Masur – a retired English teacher at Lawrence North High School — calls a “a green desert,” referring to grass that doesn’t promote the pollination process. Masur was one of the people leading the grassroots efforts to promote pollinator gardens before connecting with Rusomaroff to help create the Butterfly Project.

Masur and Rusomaroff are not against grass, they just want to see more flowers planted.

“We don’t want to outlaw grasses completely,” Masur said. “We want people playing soccer and football and Frisbee and stuff like that. But there’s too much grass, and we need to balance it.”

Masur wants to prevent monoculture, or one type of plant in a particular habitat. It’s evident at most developmental sites, where the green space becomes grass by default, with an occasional tree mixed in.

“You need a diversity (of plants) for the betterment of the environment,” said Trace Yates, executive director of the Lawrence Community Parks Foundation.

Masur said the maintenance of the pollinator garden is negligible compared to the expansive grass lawns that need frequent mowing, which leads to gas and labor costs.

“You do have to do some upkeep (on pollinator gardens), but it’s much less effort and maintenance involved,” Masur said.

The pollinator gardens will look different from each other depending on the park and will have different flowers, depending on soil type. But the concept calls for at least 1 acre of land — donated by the city — for the gardens. Most will have two parcels of flowers divided by a pathway for pedestrians.

“You’ll be able to walk around the perimeter and through the path in the middle of the garden. There’ll be sitting areas you can sit at and signs and literature about the different plants and pollinators as an educational aspect,” Rusomaroff said. “It can be active by walking through or contemplative where you can sit and watch the birds and the butterflies.” 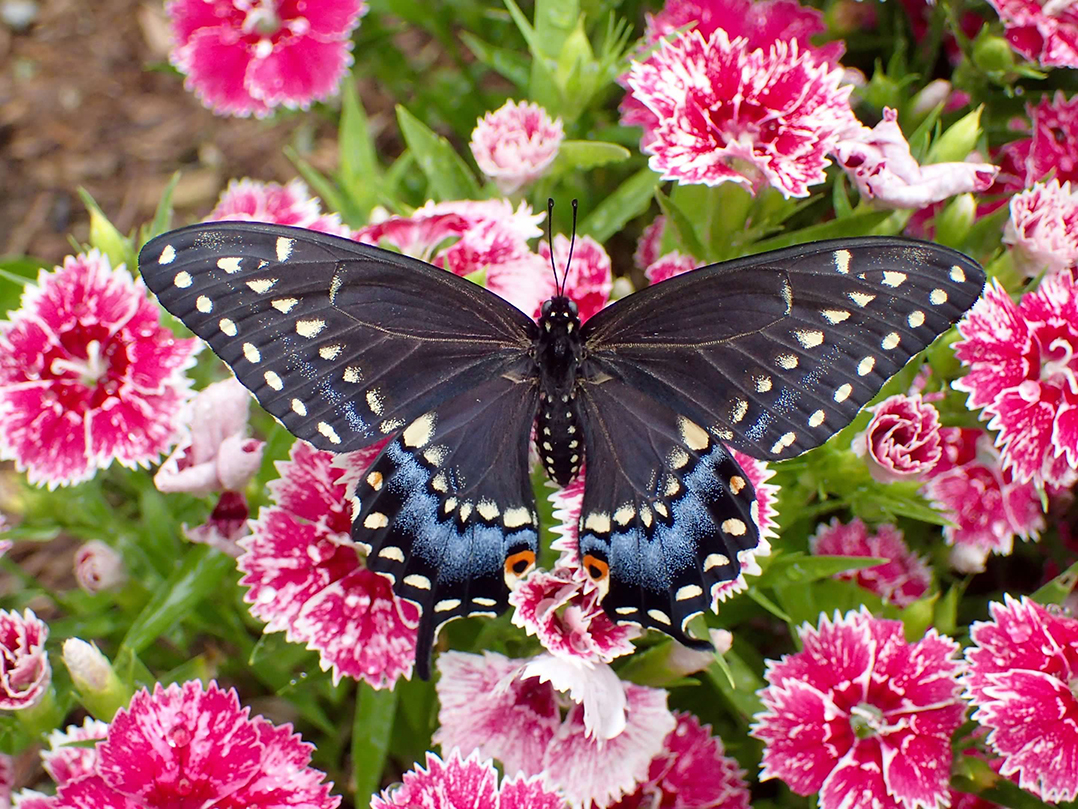 For the Lawrence Butterfly Project, some plants are better in a pollinator garden than others. Organizers primarily want plants that flower, which attracts butterflies and other pollinators, but they also want plants that are native to Indiana as opposed to invasive species. The native plants are more robust and can adapt to changing seasons. And unlike invasive plants, they don’t choke out other species.

Possible plants for the gardens include: