Westfield resident Jill Woerner long wanted to volunteer as a host family for an international exchange student through AFS-USA but was unable to because of her career at the time. That changed when she married her husband, Greg Pugh. Several years ago, she had the chance to host a student, Nuchwara Jhankasem from Thailand, who went by the name Punyee while in America. 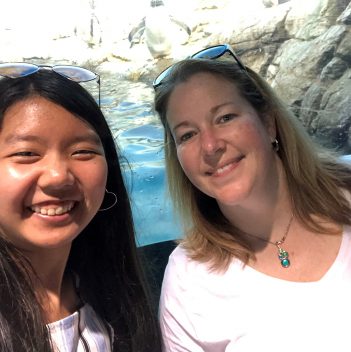 Woerner had such a wonderful time with the experience that she ended up joining AFS-USA as a full-time staff member. She is now the director of education and external outreach for the organization.

Woerner served as a volunteer for more than 10 years before she had the opportunity to host a student.

“I wanted to host almost the entire time I’ve been a volunteer, but I was always so busy because I was a teacher and I worked for the Dept. of Education in Indiana. I was so busy traveling to conferences, and I couldn’t figure out how I could do it as a single parent,” Woerner said. “What finally helped me pull the trigger to become a host family is that I got married.”

Woerner married Pugh in 2014. Her husband has three children. Woerner works from home and lives in Westfield.

“My experience with AFS-USA goes much deeper than having been a host family or a staff member outposted from the main office,” she said.

Prior to hosting Jhankasem, Woerner’s volunteer roles included working with local students from Indiana who wanted to go abroad to help prepare them and volunteering as a scholarship coordinator with the program.

When Jhankasem arrived from Thailand for the 2018-19 school year, she was enrolled as a senior.

Although Woerner enjoyed the experience, it was a bit different than she and her stepchildren expected.

“I expected that my stepdaughter would get along really well with my host daughter, and they just didn’t really connect,” Woerner said. 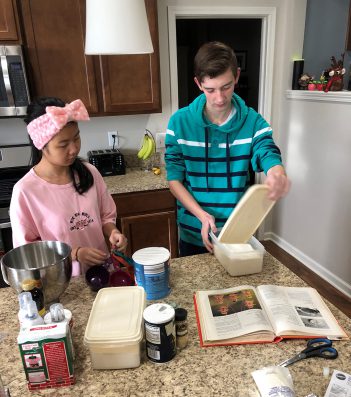 “They would play video games together and pack their lunch together, and my stepson taught my host daughter how to cook,” she said. “Because we are a blended family, it was a unique experience.”

Woerner said other highlights during her host daughter’s stay with the family included attending a cycling class together, going to the zoo and taking a trip to all the bakeries across Indianapolis that sold macarons.

Another memorable experience was taking Jhankasem to dye her hair.

“That was something she was not allowed to do when she was home in Thailand, and she really wanted to have this blue shimmer in her gorgeous black, Thai hair,” Woerner said. “So, she was just tickled. Of course, we had to dye it back before she went home.”

Greg Pugh said he enjoyed watching “Nailed It” with Jhankasem and taking her to Disneyland.

“Having another child, especially one who was open to learning all about what life is like in the U.S., helped me to find new joy in my own hobbies and interests,” Greg Pugh said. “Even now, I continue to think back on her love of cat videos, chocolate chip cookies and her infatuation with fast-food restaurants, and I miss her just as surely as I miss my own natural son as he is off at college.”

Now that Woerner works for AFS-USA, her family can’t be a host family because AFS-USA employees aren’t permitted to do so, which she said is heartbreaking.

“It’s heart-wrenching for my husband and I, because now we have more bedrooms because more kids are off to college and out of the house, and it’s hard for us not to host,” she said.

“It’s sad to think that I won’t have another experience like that or expand my own family because my wife and I can’t host anymore now that she works for the AFS organization,” Greg Pugh said. “Who would have thought that choosing to take your dream job meant giving up on part of what made that your dream job to begin with. My own natural children, including my youngest son, who would love to have another older sibling, will have to be content with the memories and experiences they had with their sister in Thailand, and I myself will have to wait patiently for the world to open up and give me my opportunity to visit my most distant of family members to experience her world in person like she was able to experience mine.”

The deadline for a Westfield family to sign up to host a student is Aug. 31. For more, visit afsusa.org. 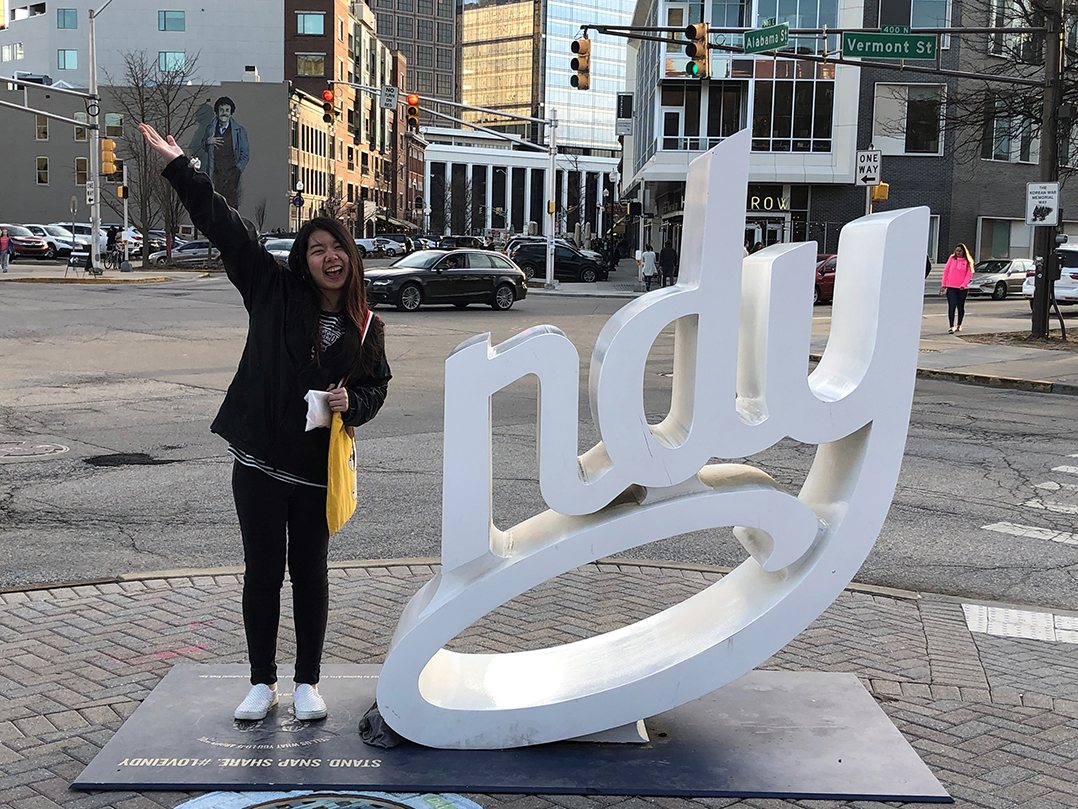 Punyee pauses as the “I” in an Indy sign on Massachusetts Avenue in downtown Indianapolis.

AFS-USA is based in New York.

“The organization has been around since the world wars, because the AFS stands for American Field Service, but really the organization was born out of a core of ambulance drivers from world wars seeing the violence that was coming out of people fighting with other people, and they decided this is not what they wanted to see in their future and the future for their children,” AFS-USA Director of Education and External Outreach Jill Woerner said. “The best way to combat that and be preventative was to engage in intercultural exchange. So, the organization was born out of people-to-people relationships, and it has evolved into the organization we are today, which supports local students going abroad or exchange students from more than 90 different countries coming to the states.”

The organization also provides resources to educators about global competence and resources about cultures to help educators know how to work with international students in the classroom.