You are at:Home»Current in Zionsville»Zionsville Community»Lebanon man shot, claims father is shooter

A man said he was shot by his father in Lebanon Aug. 30, according to the Lebanon Police Dept.

At approximately 5: 38 p.m., LPD officers responded to the 200 block of East Washington Street on reports of a shooting, where they found Eric B. Kidewell, 28, of Lebanon with a gunshot wound in his upper shoulder, according to a media release. 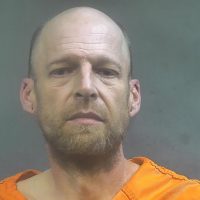 While receiving aid, Kidwell said his father, Eric S. Kidwell, 50, of Lebanon, was the shooter. Eric B. Kidwell was transported to an Indianapolis hospital and is in stable condition, LPD officials reported.

Officers were able to locate Eric S. Kidwell, and he was placed into custody. He was transported to the LPD to speak with detectives. He was then transported to the Boone County Jail and faces charges of battery with a deadly weapon, a Level 5 felony, and aggravated battery, a Level 3 felony.

Police located the gun allegedly used in the shooting on Aug. 31 with assistance from Boone County Director of Community Corrections Michael Nance and his K-9 partner, Mirco.