You are at:Home»Current in Fishers»Fishers Community»Fishers student to perform in Rose Parade

A Fishers High School sophomore has been selected to perform with the Bands of America Honor Band during the 2022 Rose Parade, which marks the start of the annual Rose Bowl Game. 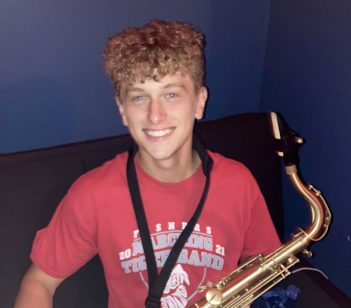 Evan Federspiel, who plays baritone saxophone in the Fishers High School marching band, will be play the tenor sax on Jan. 1, 2022, during the 5.5-mile-long Rose Parade in Pasadena, Calif.

“I wasn’t expecting it,” Federspiel said. “I’ve never been to California before and this is just such a cool opportunity. Only 300 kids get to do it across the country. It’s super exciting.”

Federspiel, who has played in marching band since eighth grade, first learned about the Rose Parade possibility while attending B.O.A. Camp two summers ago, which increased his interest in marching band and eventually led him to try out to make the national team.

Federspiel is not the only Hamilton County connection to the upcoming with B.O.A. The B.O.A. Honor Band will be conducted by Richard Saucedo, who formerly ran the band at Carmel High School, and whose son, Ethan, is a classmate of Federspiel at Fishers.