The Indianapolis Opera fundraiser is set for 5 to 9 p.m. Aug. 8 at Daniel’s Family Vineyard and Winery in McCordsville. 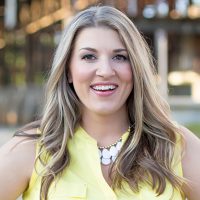 Jackson said they will start by singing four songs with a pianist and then perform a Nat King Cole song with the Dean Martini Band.

“It’s a little musical theater, a little Gershwin. It will be fun,” Jackson said. “Dean Martini has a ton of great songs. If they need background vocals, I might feel the need to pop in.”

Narducci said he has always performed in opera and musicals.

“I always cherish the opportunity to present the classic music theater,” said Narducci, who lives in Unionville. “I’ll be singing a Frank Wildhood song from the modern Broadway era. The Dean Martini band does a lot of ‘50s and ‘60s songs, kind of jazzy blues. The whole point is just to have a blast.”

This will be Narducci’s first time at Lobster Palooza, which previously had been held in downtown Indianapolis. 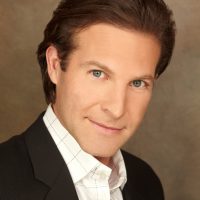 Narducci appeared as King Arthur and Jackson was Guinevere in Indy Opera’s Camelot in March 2019.

“It’s been a tough year for all of us performers with the lack of live performances,” Narducci said. “We found ways to make it go with some virtual performances, but there really is nothing like a live performance. To be able to reunite with a colleague, with whom I had such a special experience on stage doing my first Arthur, (is special). I matured from playing Lancelot to Arthur, so to have her as my first Guinevere, it’s going to always be special whenever we can perform together.”

Jackson, an Indianapolis resident, is eager to perform live as well.

“This will be my first public performance since a recital in March 2020, just a week before the pandemic shut things down,” Jackson said.

Jackson attended a Lobster Palooza a few years ago.

“I had a great time and was thrilled to be asked to sing, especially with Daniel,” she said. “It will be fun to reconnect with him and have a great time singing.”