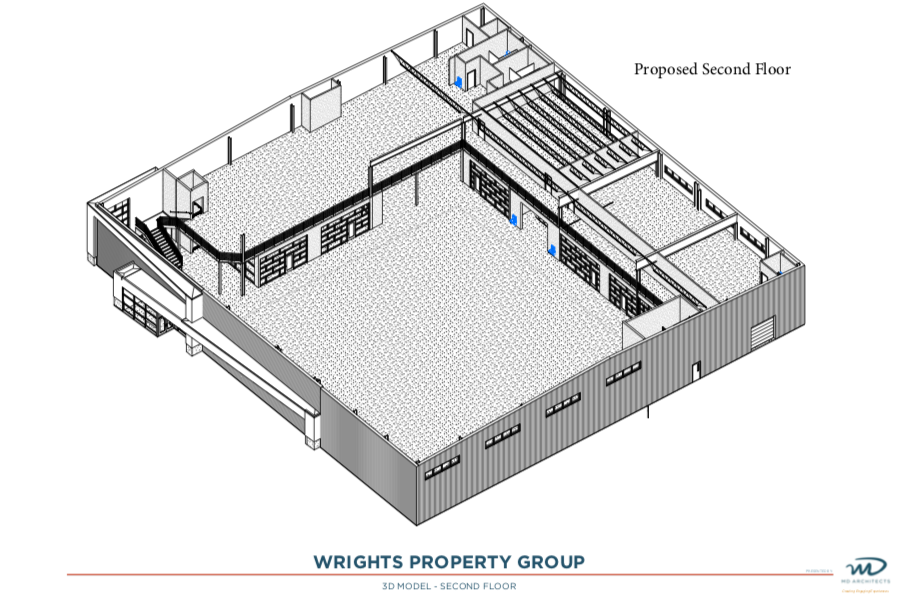 A 3-D rendering of the second story proposed for the 360 Movement Academy under construction at Grand Park. (Photo courtesy of westfield.in.gov)

The Westfield City Council heard an introduction to two items on July 26 agenda that would allow for an annual 40 percent tax abatement for 10 years for Wright’s Grand Property.

Economic Development Director Kai Chuck said the abatement is contingent on the company’s creation of a second floor at 360 E. 186th St., where Wright’s Grand Property recently broke ground on the 360 Movement Academy to offer comprehensive programming for children, including traditional gymnastics, ninja offerings, dance and an academic preschool.

Wright’s Grand Property plans to invest $5.1 million for a 37,000-square-foot building at the location, 12,000 square feet of which will be the second story, which has not yet broken ground. If the second story is constructed, the company would relocate 19 jobs in Westfield to Grand Park and relocate 15 jobs outside of Westfield to Grand Park and create 37 new jobs in three to five years. A second floor would allow for the expansion of corporate offices which are currently in Greenwood.

After the presentation, Council President Mike Johns asked if Wright’s Grand Property was the parent company of NinjaZone Academy, which sued the city in 2019. The city settled and paid the company $625,000 in two installments following the lawsuit. Johns asked Chuck to provide more information regarding the lawsuit to help him “make a decision” regarding approval.

Council member Scott Willis said the company sued the city after the Westfield breached its contract when it signed the Indianapolis Colts to conduct the Colts training camp at Grand Park, which then prevented NinjaZone Academy from using its space within the Grand Park Events Center for a period of time.

A vote was not taken because the item was only an introduction. A vote is planned for the Aug. 23 council meeting. For more, visit westfield.in.gov.