Prevail, a Noblesville-based nonprofit that serves victims of crime and abuse, has announced the resignation of Executive Director Susan Ferguson’s resignation. Her last day was July 15.

A new executive director has yet to be named, but a press release from Prevail said the search would begin immediately. 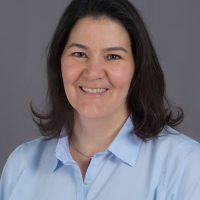 “It has been a pleasure to serve as Prevail’s Executive Director for the past eight years. This experience has provided endless opportunities for professional and personal development. I have enjoyed working for the agency and appreciate the support provided to me during my tenure,” Ferguson stated.

The press release stated that Ferguson left the organization to “enjoy personal time and explore opportunities.”

“This is a highly demanding job and her commitment to Prevail for eight years is extraordinary,” Tate stated. “Additionally, we are coming out of a trying time for all nonprofits, and we are so fortunate that Susan’s work has positioned us for a healthy future. We wish her continued success.”