As Joe Schroeder was packing for Tokyo just before his July 20 flight, it began to feel a little more real to him that he was headed to the Olympics.

“It’s still sinking in. It’s crazy,” said Schroeder, who grew up in Westfield.

Schroeder will compete for the United States in rugby sevens. The competition was scheduled to begin July 26 and end July 28 with the medal round. Seven-man rugby play was added to the Olympics in 2016. Most high schools and college teams play 15-man rugby.

“So far, this will be the peak of any sporting achievement I’ve had,” Schroeder said. “We have a good chance to medal. We’re in a tough pool. We have the squad to do it. We have the talent. We have the power. We have the speed. It will be basically putting that all together.”

Schroeder played rugby and football at Cathedral High School. After graduating from Cathedral in 2012, he put his rugby career on hold when he decided to attend Trine University in Angola to focus on his engineering studies.

At Trine, Schroeder became a cheerleader. The 6-foot-5 Schroeder built his strength so he could be competitive in cheerleading events.

“Joe was still growing when he left high school. He was only 6-3 and 180 pounds,” said his father, Jim Schroeder. “He’s had to toss the girls up in the air. So, he did a lot of weightlifting at Trine. He grew two more inches and got up to 230 pounds.”

After getting a job in Columbus, Ohio, Schroeder attended a rugby game as a spectator.

“It reignited me, and I felt I needed to start playing again, so I joined the local men’s club in Columbus in 2016-17,” he said. “From there, things kind of escalated.”

An assistant coach from the U.S. Men’s National Team invited him to a USA Rugby camp in July 2017 and then invited him again in September. Schroeder was invited to move to the Olympic Training Center in Chula Vista, Calif. after the second camp.

“I left my life behind and have been out here ever since,” he said.

His mother, Susan Schroder, said the family was supportive.

“We thought he’s chasing some wild dreams, but you got to go and do that,” she said.

“I knew when I got out here, I wanted to give it my best effort to be on the 2020 Olympic team,” Schroeder said.

The COVID-19 pandemic postponed the Olympics to this summer. Had the Olympics been held in the summer of 2020, Schroeder might have had a harder time making the team. He suffered a broken thumb in March 2020, which sidelined him for a few months.

During the early stages of the pandemic, the team did its drills virtually. The team returned to practice in September 2020 under strict safety protocols.

The COVID-19 safety protocols and testing will make this Olympic experience different than most. The team must leave 48 hours after its competition ends.

“We probably won’t get the full Olympic experience,” Schroeder said. “We won’t be able to see other teams compete. Obviously, the main focus is on getting a medal for us. In that sense, it will make us more focused on performing well.”

The 28-year-old Schroeder, who received his master’s degree in civil engineering from Ohio University, has been working a part-time job while training.

“Rugby is the main focus,” he said. “I still work for the same company (Black & Veatch) I did in Columbus. It’s all remote work. I have meetings in the morning, go to rugby and then I check my email and have some work. That’s been my life for the last three-and-a-half to four years.”

After the Olympics, Schroeder plans to keep playing for one or two years.

“At that point, I’ll be close enough I might as well shoot for (the Olympics) again, but we’ll see,” he said. 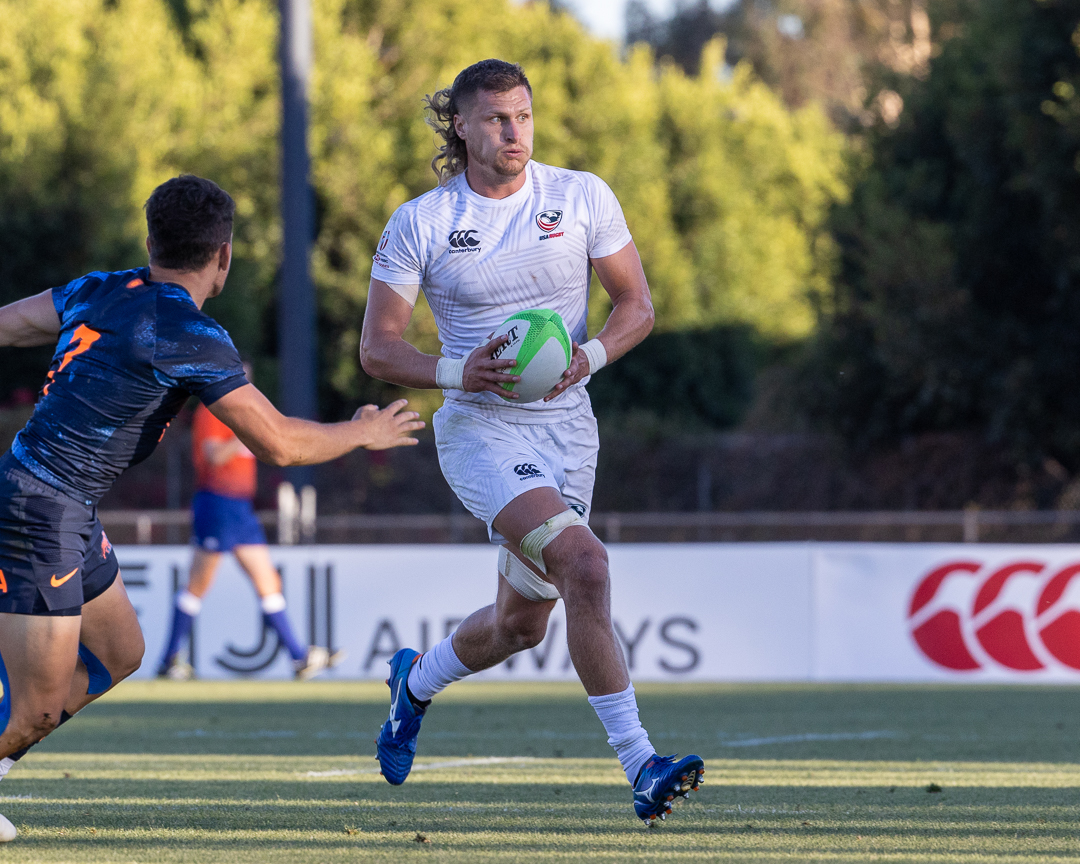 Because family members aren’t allowed to attend the Olympics in Tokyo, NBC was scheduled to fly Joe Schroeder’s parents, Jim and Susan Schroeder, to Orlando July 23 to gather with other parents to watch the opening ceremonies and first games. The all-expenses paid trip includes the flight, hotel stay and passes for three days to Universal Studios. They will return July 27 so they will be able to watch the final games with other family members.

Schroeder’s parents, who still live in Westfield, attended a tournament in Los Angeles where the Olympic team was selected earlier this summer. They had attended the Pan Am Games in 2019 in Peru to see their son play and saw the U.S. earn a bronze medal. They also attended a tournament in Las Vegas in 2018 where their son suffered a shoulder injury that sidelined him for several months.

Often, they follow along on the USA Rugby feed or whatever network is broadcasting the tournaments.

“The bad thing with the tournaments in Dubai, South Africa, Singapore or Hong Kong, sometimes we are getting up in the middle of the night to watch the games,” Jim said.

Susan said Joe is scheduled to come home in August for two weeks.