You are at:Home»Current in Carmel»Carmel Business Local»Carmel resident to manage new Hotel Indy

Kraus has returned to Indiana to be the general manager for the new Hotel Indy, a 90-room Marriott Tribute Portfolio property set to open in mid-October in downtown Indianapolis at 141 E. Washington St. 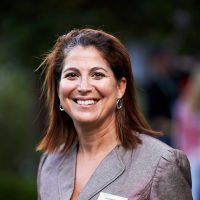 Kraus, who moved to Carmel in January, previously worked for independent hotels in California.

“It’s kind of a little homecoming to come back and open the hotel in Indianapolis,” said Kraus, a 1992 Terre Haute North High School graduate. “We are a lifestyle boutique Marriott property. We are meant to be very design-centric, service-oriented. We are known for the adventure traveler, the person who seeks the uncommon experience. We will be providing an everything-Indy experience when it comes to Hotel Indy. In that, there will be tributes to the icons that made Indianapolis a historic city.”

The signature restaurant is The Hulman, named after Tony Hulman, who bought the Indianapolis Motor Speedway in 1946. His family sold it to Roger Penske in January 2020.

“The hotel is very much food-centric,” Kraus said. “We will have food and beverage offerings that not only appeal to people who come into the hotel but also to the locals. We have an exciting new chef, Patrick Russ, who is joining our team and designing our menu. The Hulman will be modern American cuisine.”

“We are showcasing and shining the spotlight on those icons that are in Indianapolis today and trying to put themselves on the map,” Kraus said. “We’re working with local artists and putting their art throughout the property. We are working with local roasting company Tinker Coffee Co., and a local spirits company, Hotel Tango. We are trying to pay homage to everything Indianapolis.”

The building was built in 1969 as the State Life Insurance building. It is in the brutalist architecture design or what some call a concrete cube.

“The developer, KennMar, had the foresight to see the property and like the brutalist design, which a lot of people look at as hard on the outside. We’ve worked with the team to make it soft and inviting on the inside,” Kraus said.