During her battle with breast cancer that began in April 2016, Carmel resident Cari Hahn often found herself lighting candles in the middle of the night. 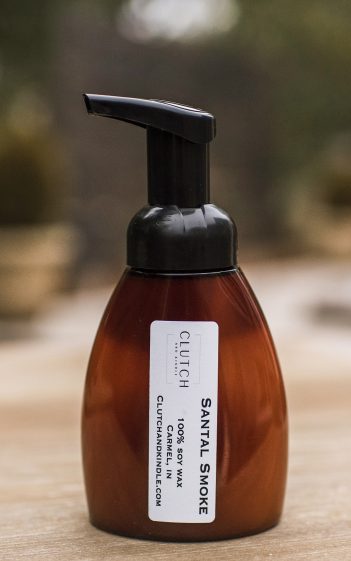 Clutch and Kindle has men’s line fragrances, such as Santal Smoke. (Submitted photo)

That routine paired with Hahn’s art therapy degree and a desire to create clean candles and fragrances without unhealthy additives, which led to the creation of Cari’s business, Karma Candles and Kinds. The business launched in 2017 when she completed her cancer treatment. In May 2019, Cari began operating the business full time.

Recently, Cari’s husband, Matt, an Indianapolis Fire Dept. lieutenant and recovering alcoholic, developed the same passion for candles, and the Hahns have established a men’s line called Clutch and Kindle. The first item in the men’s line was a candle poured into a repurposed ammunition box with five wicks. Weighing more than 7 pounds, the candle burns for 220 to 240 hours.

Matt chose the charity because he has benefited from it several times. 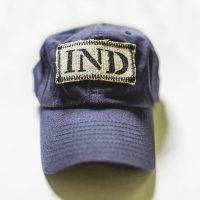 Clutch and Kindle also sells hats made with material from decommissioned fire hoses.

“Peer support helps people going through post-traumatic stress from difficult runs or struggling with alcohol or drug addiction or going through cancer,” Matt said. “I’ve been on both sides of that. I’ve been the helper and the one receiving help.”

“We repurpose it and give it value when it’s a hose that has no value anymore,” he said. “We sell it and give it a new life, so to speak, and that’s what peer support did for me.”

Matt said he used alcohol to cope with difficult runs with the fire department or when Cari was struggling with cancer.

“It’s hard to be strong all the time,” he said. “Plus, we had twin girls I’m trying to comfort, and they’re sharing things with me that I’m not sharing with Cari, and Cari was going through her own battle in hell, so alcohol was the way that I coped. It just got to the point where I was doing it all the time, and I had to quit.”

Typically, repurposed fire hose hats are emblazoned with “IND” for Indiana or IFD for Indianapolis Fire Dept., but Matt said he and Cari have made hats for specific fire departments as well.

“I want other firefighters to end their own addiction and suffering and to navigate it,” Matt said. “These are flawed hats, and I’m a flawed person, but people love them. We sell them to people all the time that have no affiliation with the fire department, but they want to fulfill that cause.”

Since its launch in January, the repurposed fire hose hats have raised more than $900 for Indiana Firefighter Peer Support.

“We both have been through something very hard and had our own battles, and we are both able to give hope to people,” Cari said. “I think for Matt and I to be able to walk with people who struggle and really want hope in this world, that fills our hearts to be able to do that for people.”

For more, visit karmacandlesandkinds.com. The products also are sold at Bask on Main, 336 W. Main St. in Carmel, and at the Noblesville Farmers Market from 8 a.m. to noon on Saturdays. 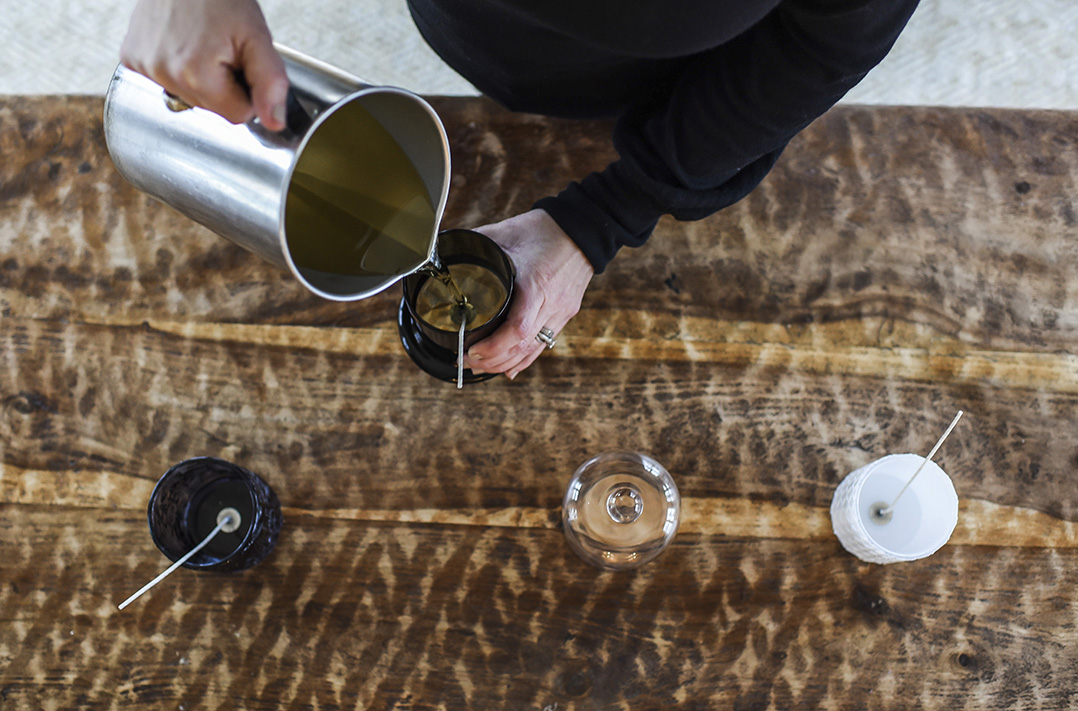 Matt Hahn said Clutch and Kindle signifies “perfect fire,” which also is an analogy for he and his wife, Cari Hahn.

“Clutch is like Peyton Manning,” Matt Hahn said. “Clutch is awesome or perfect, and kindle is fire, which means perfect fire. So, we only carry stuff I think is totally clutch.”

The website defines the business as a “husband-and-wife team joining forces.”