A new agritourism facility proposing an apple orchard, a cidery, a greenhouse and a goat tower was introduced to the Westfield City Council during its July 12 meeting.

The planned unit development is called Urban Apples. Because it was only an introduction, a vote wasn’t taken on the proposal. A vote will be taken at a future council meeting.

The development is proposed on nearly 24 acres on Spring Mill Road south of 186th Street. Matt Skelton with Church, Church, Hittle + Antrim presented on behalf of the petitioner. 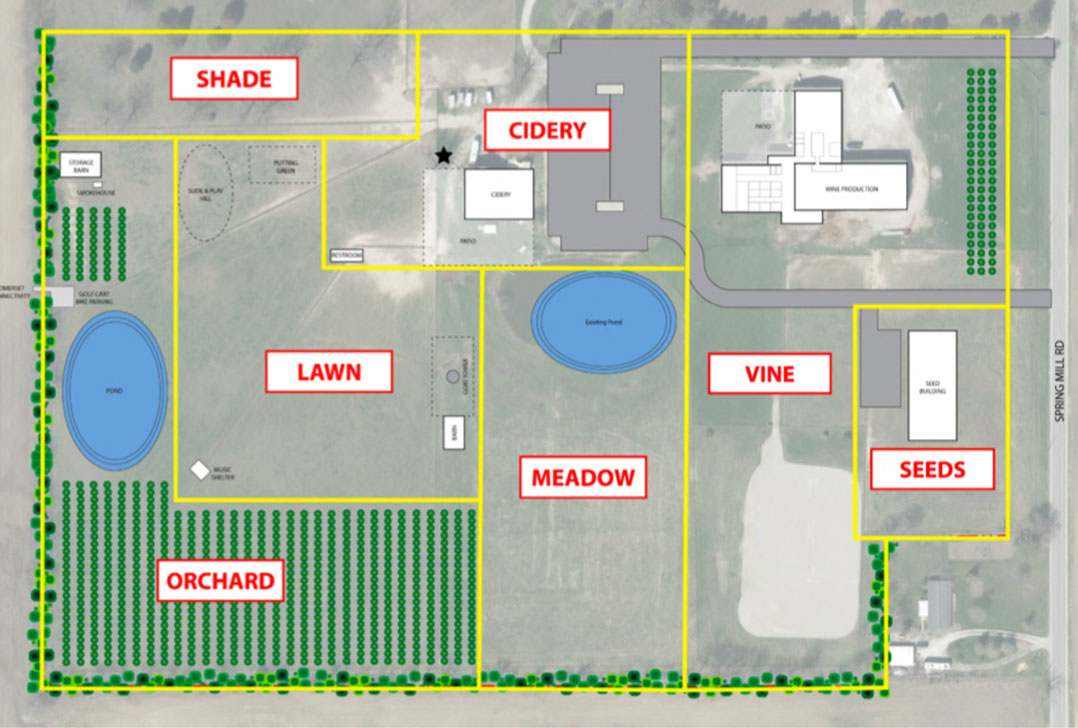 “The proposal includes several uses designed to be an agritourism destination, including an apple orchard used in conjunction with the cidery on-site, a production facility for alcoholic and nonalcoholic beverages, an existing barn facility that will be rehabilitated, and the cidery will be in a refurbished facility as well,” Skelton said.

Other proposals include a tasting room, food offerings, a picnic area, a music area and interactive spaces for farm animals, such as the goat tower, which is described as a multi-story decorative house for goats.

The development also would include an area designated for a building proposed to be the new home to Urban Farmer, an existing Westfield business specializing in mail-order seeds.

“It would at this location hope to expand and have retail associated but remain largely mail-order,” Skelton said.

The development’s standards include required thematic consistency so that structures are consistent with one another, even existing structures and ones that are being rehabilitated.