Lillias White has been toying with the idea of a solo studio album for 20 years.

It’s finally a reality as “Get Yourself Some Happy” will be released July 23. 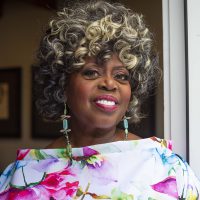 White will perform concerts at 7:30 p.m. July 9-10 at Feinstein’s Cabaret at the Hotel Carmichael in Carmel.

White, who won a Tony Award In 1997 for featured actress in a musical for her performance in “The Life,” will play songs from the album as well as some of her other favorite songs.

“The show will be a mixture of those songs and all the things that I like to do,” she said.

The album ranges from songs such as “You’ve Made Me So Very Happy” to “Put on a Happy Face.”

“I always like to mix it up because that’s what I like as a performing artist,” she said. “That’s what my audience likes, too.”

White said her producer, Joshua Sherman, collaborates with her on the song list.

“We decided to have an album that will show my positivity and my outlook,” White said. “It’s been a work in progress, and it’s been a long time coming. The actual work started two years ago, but we have been talking about doing such an album for the last 20 years.

“I’m eager to see people’s reactions because I think there is something on this album for everyone.”

White, who is based in New York, is pleased to be performing live again.

“We need this music right now,” she said. “It’s a blessing to be back in front of a live audience.

Along with several Broadway and off-Broadway shows and as a nightclub entertainer, White has appeared in films and TV shows and performed voice work in animated movies, including Calliope in “Hercules.” She won a Daytime Emmy Award for outstanding performance in a children’s series for her role as Lillian Edwards in “Sesame Street” in 1992.

“I really like doing it all,” she said. “There is not one I can say is my favorite. They all have their pluses and minuses.”

White has performed in other Michael Feinstein clubs and appeared on one of his PBS specials.