You are at:Home»Current in Carmel»Carmel Community»Patriot Shootout to support Folds of Honor

David Skinner learned about Folds of Honor at the right juncture of his life.

“It provides education scholarships to spouses or children of injured or killed military members,” Skinner said. “My dad died in 2013 and he was in the Navy. I was looking for a way to honor his military service. That week I got invited to a planning meeting to start a Folds of Indiana. I met the person, Mike Daggett, who started it in Indiana, and we got to work right away.” 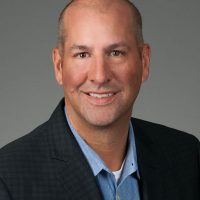 Skinner, a former Carmel resident who moved to Florida in March, created a golf tournament to support the cause in 2015. The Patriot Shootout is set for noon Aug. 6 at Maple Creek Golf & Country Club in Indianapolis.

“It’s probably the longest-running fundraiser we have,” said Skinner, chairman of the golf outing.

Despite moving to Florida, Skinner is staying connected with the event and will be in town for the tournament.

Greg Ford, who is in charge of sponsorship, also helped get the Indiana chapter started in 2013.

“We just want to raise as much money as we can and get more of the mission out there,” Ford said. “We’re in 50 states and Guam and Puerto Rico, so it’s starting to get good legs out there.”

Lt. Col. Dan Rooney is the Folds of Honor founder and 2019 U.S. Open golf champion. Gary Woodland is a Folds of Honor ambassador. Ford golfed in a national Folds of Honor tournament in Oklahoma, which Woodland attended. Rooney, an Air National Guard pilot, is a PGA professional.