You are at:Home»Current in Carmel»Carmel Business Local»3 Carmel companies to perform services for Defense Intelligence Agency

Five Indiana-based companies, three of which are based in Carmel, have agreed to perform services for the Washington D.C,.-based Defense Intelligence Agency as part of a 10-year, $12.6 billion contract that was recently approved. The contract is called the Defense Intelligence Agency Solutions for Information Technology Enterprise III, or DIA SITE III. The companies are Leaf Software Solutions, Carmel; The Mako Group, Carmel; 3DGS, Carmel; Lifeline Data Centers, Indianapolis and Infosentience, Bloomington. 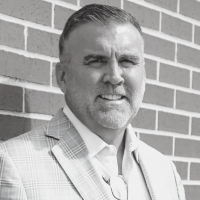 The Defense Intelligence Agency has allocated $12.6 billion for all of its IT services and projects throughout the life of the contract, and as IT projects are announced, the companies will then bid as part of a team on those projects. Whichever companies win the bid will do the work on the projects and then be paid, which could amount to multi-million-dollar contracts during the next 10 years, according to Dioltas managing partner Jeremy Brilliant. Dioltas is the defense consultancy that helped put together the Indiana team of companies that will bid on the projects.

The five Indiana companies serve on a team and will be subcontractors to MetroStar, a technology solutions company based in Virginia. MetroStar will then compete against other agencies for the contracts when the projects are announced.

“This will be dozens and dozens of projects over the life of the contract,” Dioltas Advisory Board Chairman Mike Dodd said. “The Defense Intelligence Agency may say they’re looking for certain secure apps and need agile software development to build the app in a credentialed and compliant environment that would allow Dept. of Defense participants and industry participants to engage and exchange information and develop the product and the capability of that app as an example. The contract vehicle allows us to simply do business with the government at those thresholds with a $12.6 billion ceiling.”