You are at:Home»Night & Day»Entertainment News»Center for the Performing Arts hires Kemer as vice president of programming

The Carmel-based Center for the Performing Arts has selected a longtime concert industry professional to be its new vice president of programming. 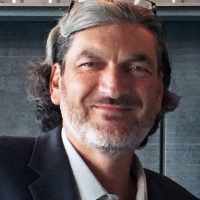 Carmel resident Dan Kemer served more than a decade as vice president Midwest for Live Nation Entertainment and more recently as president of Live Nation Indiana, responsible for booking, promotion, artist relations and other functions for major concert venues throughout Indiana and the eastern U.S. In his new role, he will oversee booking and other programming operations for the Center’s three venues: the 1,600-seat Palladium concert hall, the 500-seat Tarkington proscenium theater and the black-box Studio Theater.

Kemer replaces the retiring Doug Tatum, who was hired as the Center’s first general manager in 2010 and has overseen programming for most of its history, including educational programs as well as the flagship Center Presents concert season featuring national and international artists in a range of genres.

“We certainly will miss the wisdom and experience of Doug Tatum, who has played a central role in the success of the Center over its first decade,” Center President/CEO Jeffrey C. McDermott stated. “We are extremely fortunate, however, to have someone with Dan Kemer’s talent and expertise right here in our backyard. He has a strong national reputation with artists, agents and venues in the industry, he understands the Center’s mission and the community we serve by providing a balance between the commercial and nonprofit sides of the performing arts, and he is the ideal choice to lead our programming team as we look ahead to our second decade.”

Kemer is active in the Carmel Lions Club, the Brookshire Golf Course Men’s Club and the Carmel High School Marching Band program. Having collaborated with the Center during his time at Live Nation, he is ready to hit the ground running.

“I’ve been impressed with the Center’s community focus and its nonprofit commitment to providing a broad range of programming for all ages,” said Kemer, also known for his partnerships with Indianapolis-based promoters. “Having relationships with other promoters like Live Nation, MOKB Presents and IndyMojo will only enhance our programming opportunities on the Center’s campus. There is a lot of pent-up demand for live entertainment, and I look forward to the challenge.”