Correction: A previous version of this story stated an incorrect date for the open house. It was May 20.

As hundreds of visitors poured through the original Carmel Elementary building one last time May 20, Pam Otten warmly greeted nearly everyone who walked past her, sharing smiles and memories with former classmates, co-workers and friends.

And for good reason. Otten was in Carmel Elementary’s first fourth-grade class when the school opened in 1961, and she returned on multiple occasions as a student teacher before being hired full time in 1973. She taught at the school until 2008. 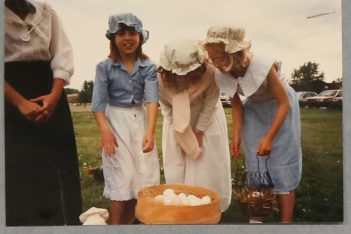 Otten remembers bees being a nuisance in the school’s earliest days, before the windows had screens. As a teacher, she recalls the challenges of instructing the class through a major renovation project in the late 1980s.

“All you could hear all day was the jackhammer,” she said.

With so many memories of the building, she said it was a bit difficult to hear that it would be demolished this summer.

“It was very bittersweet, but I understand, because it’s old,” she said. “The new building will be a new beginning for Carmel Elementary, and that’s good, too.”

Carmel Clay Schools is spending $28.4 million to construct a new, two-story Carmel Elementary building just south of the existing one, which will be torn down soon after the school year ends. The new building will be ready to welcome students to begin the 2021-22 school year in August.

The existing school building is the smallest and second oldest in the district. CCS officials decided in 2018 to start anew instead of renovate the aging structure, which has experienced increasing maintenance issues in recent years.

Almost to prove their point, the air conditioning wasn’t functioning properly the day of the open house, but that didn’t stop hundreds of current and former teachers, students and parents from walking through the sweltering hallways one last time. Many left their mark by signing their names or leaving messages in permanent marker on the walls or art room floor.

Susan Powell Boots attended the open house with her husband, Jim Boots, on their 42nd anniversary. It seemed a fitting place to celebrate, as the couple met as fourth grade students on the Carmel Elementary playground.

While reminiscing at the event about her days in Phyllis Rockhill’s class, she ran into her former teacher in the hallway. Rockhill, a 1942 Carmel High School graduate, was one of the original teachers at Carmel Elementary and taught there until retiring in 1980.

The town of Carmel was small back in the school’s first days but the classes were large, Rockhill said. Now 96 years old, Rockhill said she enjoyed visiting with some of her former students as she walked through the school one last time. 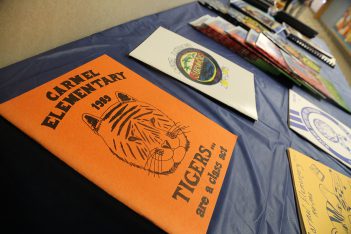 Carmel Elementary yearbooks from throughout the years on display during the open house. (Photo by Ann Marie Shambaugh)

“I’m just glad to see some of them,” said Rockhill, who still lives in Carmel.

Bill York, who served as Carmel Elementary’s principal from 1969 to 1971 and again from 1994 until his retirement in 2000, said many elements of the building still looked similar to his days at the school.

“I’m sorry to see the actual Carmel Elementary going to the wayside, but I’m thrilled about the new one,” York said. “I’m quite optimistic it’s going to be something bigger and better. I think it will be great for the children.”

Megan Klinginsmith has been principal at Carmel Elementary for 12 years, with the most recent one presenting the unique challenges of leading a campus through a pandemic while surrounded by construction zones.

She said she’ll miss the ease of walking through the hallways and seeing learning taking place in every classroom within a couple of minutes, but she’s eager for opportunities the new school will provide, such as additional space and outdoor learning areas.

Though the building will soon be gone, the core of Carmel Elementary will remain the same, Klinginsmith said.

“Carmel Elementary is such a special school. We’re going to take that great history right into the new building,” she said. “This is definitely not goodbye. This is just the start of our new adventure.” 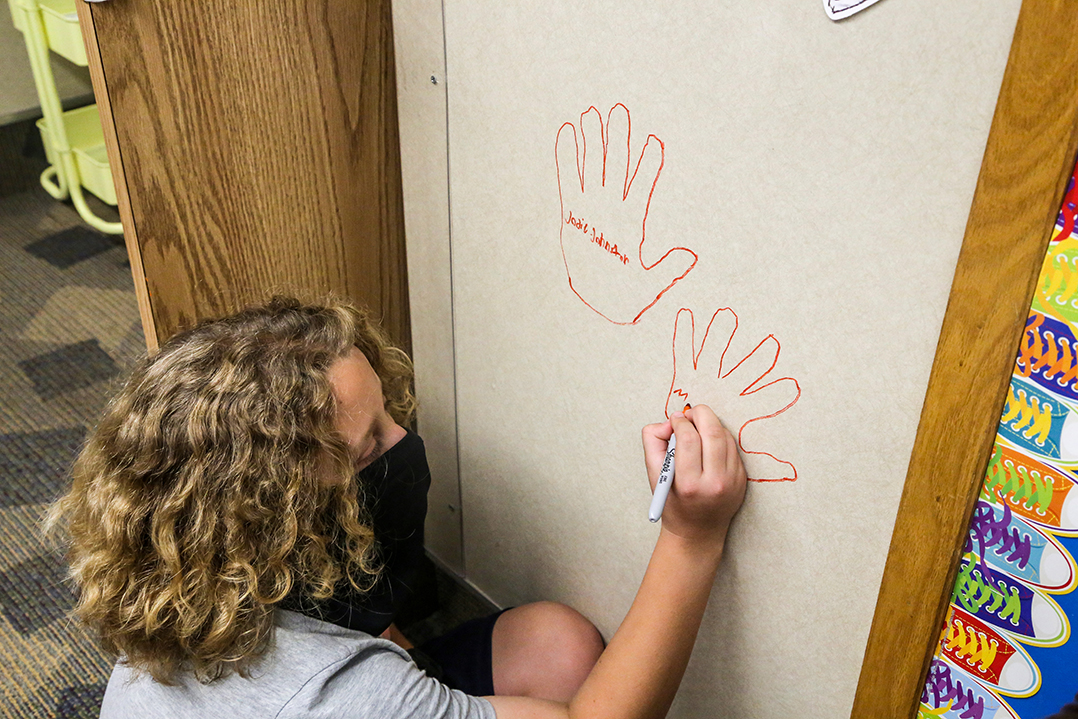 Carmel Elementary isn’t the only Carmel Clay Schools building that will close at the end of the school year.

The district’s oldest campus, Orchard Park Elementary, will also close this week. Built in 1955, the school in Home Place underwent a major renovation in 1992 but is still outdated compared to most CCS buildings.

CCS is replacing Orchard Park with Clay Center Elementary 5 miles to the northwest. District officials have met with city officials and other interested parties to discuss the future of the building, but no final decisions have been made. Options previously mentioned for the site include using it as a community center, park or facility for adult education.

The district plans to hold an Orchard Park tribute event on Sept. 19.